What Needs To Be Done In 2022 And Beyond 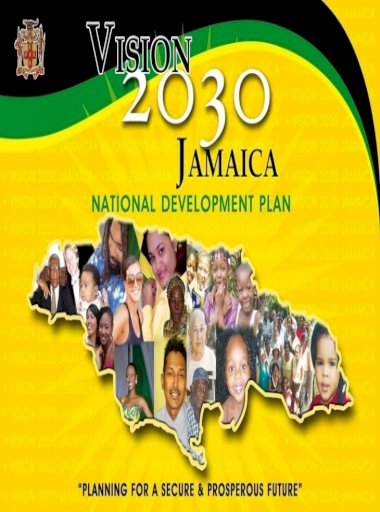 Never mind a new year emerging. Jamaica, it’s leaders and people must produce a new approach to governance in respect of the political directorate, and a fresh discipline as citizens, if this nation of talented souls is to make meaningful progress.

For government and its political apparatus, leadership will be critical. Never mind the Local Government election that is pending, which few, save for the party die-hards, pay any real attention to, and which will have little significance on development. The real business at hand is to correct some of the ills that have only served to beset the progress of this land, and find new ways to do business.

So, we need to find ways of managing the Jamaica dollar against its major trading partners; clamping down on corruption in State agencies; collaring crime with the use of technology; getting people who are capable of managing a pandemic; enforcing rules and regulations on the roads and, in some cases, tightening the penalties; and providing employment opportunities, thereby at least theoretically reducing crime, while producing more food to satisfy the palate of a populace that has become too dependent on ‘foreign’ substances.

The sad story of the Jamaica dollar is one that some of us would want to forget in a flash. Alas, we cannot. For the fluctuations of the currency have caused this nation of nearly three million inhabitants undue pain and suffering.

And what do the financial geniuses often tell us about the slide? ‘The Jamaica dollar is undervalued’ is one such utterance that we are forced to stomach. Does anyone remember when the Jamaica dollar was worth more than the United States dollar, even the Cayman dollar?

And maybe we could even ask those ‘experts’ who try often to insult our intelligence that, save for the Guyana dollar — which is still feeling the effects of the Forbes Burnham experiment in that South American/Caribbean country — all of Jamaica’s neighbours have been fiscally prudent in maintaining tight discipline in respect of their currencies. The evidence of Barbados, the Eastern Caribbean, The Bahamas, The Cayman Islands, and Trinidad & Tobago is there for all to see.

Now trading around J$155 to US$1, the worst in Jamaica’s history, there also appears to be a public relations path being paved for Jamaica’s finance minister, as the best policy manager of the sector ever. My gosh! What a place we live in. The man who has presided over the greatest battering of the Jamaica dollar is being hailed as a financial hero and guru. What did jackass say about the world again?

Then there is the ‘big ticket’ issue of corruption in high and low places. Stealing from the public purse is nothing new, yet it seemed that what transpired last year was the worst display of irregular conduct that Jamaica has seen in its near 60-year history of being on its own. The only thing left to be done is inscribe corruption as a right in the constitution.

What we saw last year should not be allowed to continue. Luckily, the office of the Auditor General is active and firm. But we need additional microscopic approaches to battle this scourge, and tough disciplinary measures to follow if and when people are convicted, which seems quite rare, but, still possible.

Crime, the bugbear of the nation, cannot be dented if resources are not set aside, partnerships deepened with other countries, and new alliances forged with others, toward a technological approach.

This thing about police and soldiers reacting to the actions of criminals, and sometimes cutting off the air supply of those they call suspects, will not last forever.

Firstly, the Government must identify someone within its ranks to have a determined push for technology to rule, as a major plank of its policy thrust. Look at the places, worldwide, which invest in CCTV, and see how low the incidents of criminal activities are. Why then can Jamaica not put more energy into such an initiative in a country that had closer to 1,500 murders last year, considering that not every murder was counted in the final statistics put out by the constabulary?

As for surveillance across Jamaica’s waters, when will the State move to cut the transporting of guns into the island which, we are told, is one of the main ways of getting them here. Technology now allows for the detection of every vessel that enters Jamaica’s waters. Why have we not invested in it?

You see, bullies are useless without weapons. Few gunmen can take on ordinary citizens in a fistfight and win. It is only when they carry guns that they feel empowered. Cut off their supply and see how meek they become.

Regarding the pandemic and how Jamaica may be able to finally manage something that has been mismanaged since it was detected here, it will only take a common sense approach, not a public relations and marketing one, to rectify some of the wrong that has gone on, and chart a course for stability.

Many Jamaicans have died who need not have. Many more will die if the policy screws are not tightened. In addition, we need to engage the technical people, who understand the dilemma, to be fully in charge of the programme.

There has to be too, a level-headed back-up by the Prime Minister and his Cabinet, in making decisions that will not hurt people, for example, applying a steady hand in respect of lockdown and curfew; and enforcing the rule that masks must be worn in public places.

That lapse in discipline in healthcare might even be regarded as a microcosm of what occurs in the wider society as far as discipline goes. Look at what has been happening on the public thoroughfare…there is little enforcement by lawmen as hundreds of bikers, minibus and taxi operators try to kill off innocent Jamaicans each day.

The bikers ride without helmets, wiggle their way in and out of traffic as if the broad roads were built for them alone; while minibuses and taxis always seem to be in an indecent hurry ignoring the fact that the roads that they use are not exclusive to them.

There is much more that the people of Jamaica will look forward to over the next 358 days and beyond. Apart from comfortable places to live in, adequate water supply, sufficient supply of food, many need work to sustain their families.

The dependence on the low-wage BPO sector cannot be the answer. There is a clear opportunity now, what with the demise of the sugar industry, and banana still lean, to bolster the agriculture and agro industry sector.

There has to be a concerted effort for land now being used by the inefficient sugar factories to be the focus of the rejuvenation of fruits and vegetable production. So many jobs can be provided and foreign exchange saved, even made on the other hand, if there could be a mechanised approach to the farming of crops like onions, garlic, tomato, potato and a few others which Jamaica spends several billions of dollars to import… if we start planting on a large scale.

Ideally, the cooperative structure that spurs the Israeli society, and formed the backbone of some in Europe, should be looked at.

Jamaica is not a difficult country to run. It is only the people who are put in charge of it who would want us all to believe that ‘nutten nuh go so’.