KSAC, A Sleeping Watchdog? No. 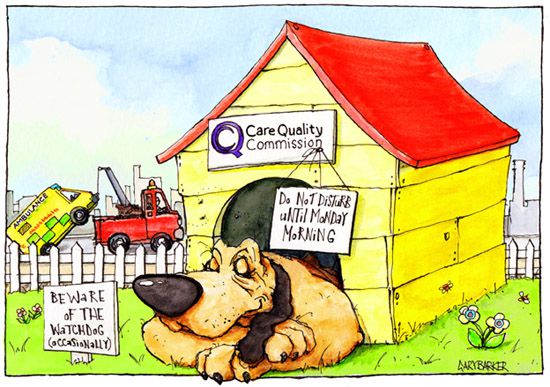 I believe it was former US speaker, Tip O’Neil, who first publicly made the observation, “All politics is local.” That is certainly true and recently it appears that our PM Andrew Holness got the drift. For I heard in a newscast for 2022, where he said that, no matter how well the government is doing, what affects people most is that pothole at the front gate.

Well, I have literally and metaphorically had that pothole at my gate for decades and it’s is there because of the entrenched corruption at the Kingston and St. Andrew Corporation (KSAC).

While I could write a book about the potholes, I will bypass that today to deal with the rabid corruption which prevents the KSAC from enforcing the appropriate and severe laws concerning the building breaches in our city.

I was only reminded of our own years of frustration, on reading the comments by the judge involved in the case at 10 Roseberry Drive, where the development company, in full view of all, constructed 32 bedrooms on a property approved for just 12.

This exposure followed closely on similar breaches exposed at 17 Birdsucker Drive. These cases only came to public attention as a result of court action taken by private citizens.

In the Birdsucker case, the judge described the local government authority as a ‘sleeping watchdog’ and in the case of Roseberry, the judge intimated that she thought corruption was involved.

I certainly don’t consider the KSAC a sleeping watchdog, for I know that it is a cesspool of corruption, spanning many administrations and decades.

You will note that from the two addresses cited above, some degree of affluence by residents there can be assumed, which has enabled them to take these matters to the courts.

But that was not the case in places like Richmond Park, Eastwood Park and Bedford Park, where this so-called sleeping watchdog, allowed residential areas to be completely destroyed, despite the pleas of the citizens.

I can speak directly about Bedford Park, where one of the operators who illegally operated commercial businesses in the residential area, told members of the citizens association many years ago, “Mi hab money so oono caan move mi.”

Time has proven him perfectly correct, for despite the regular reports to the KSAC regarding the breaches, the number of illegal operators in the area simply increased and the roads destroyed, as they were not built to withstand commercial activity.

Every administration at the KSAC received complaints from residents at Bedford Park over the decades, but as the problem only escalated, as the political operatives at this corrupt institution, just got richer before our very eyes.

In the latest case of the watchdog ‘sleeping’ while obvious building and operating breaches continued in full view, two employees have been sent on leave.

The problem there is one of the inherent corruption and only the arrest and imprisonment of political operatives who are in charge, but who regard this institution as a private money tree, can deal with it.

I wouldn’t hold my breath though, since politicians from both parties have demonstrated over the year what their only interest is, when they get elected to that lucrative institution.

Yes, it’s a new year, but very little will change in local governance in Kingston and probably around the entire island. As people become more disgusted with local governance, you will see even lower voter turnouts than the 37% in the last election for people have lost faith in the ability of politicians to play by the rules and serve the public interest, not only theirs.

That situation only bodes well only for those who support anarchy, badmanism and corruption.

And no, I am no longer the eternal optimist.

Williams is a former radio talk-show host. She can be followed at; https://www.youtube.com/channel/UCj0wewemvZosv5SQNO3vnlw, https://joan-myviews.blogspot.com/ and contacted at [email protected]