Colourful Economy For Tourism in 2022 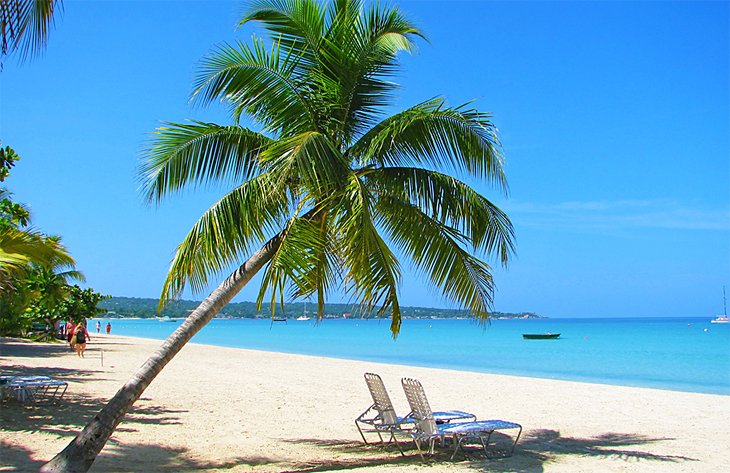 It is with mixed emotions that I write this article. I am wishing the management and all the readers of the Public Opinion a very prosperous 2022 and also saddened by the passing of James “Jimmy” Moss-Solomon. This outstanding and patriotic Jamaican was a dedicated writer for this magazine and who became one of my mentors. I have personally lost a great historian and motivator.

His many colourful stories will be missed. Unfortunately, he will not be calling to discuss the premises of this article. May his legacies through academia, community service, corporate management and immense contribution to life on earth live on.

As Jamaica strives to ascertain economic growth and development amidst the novel coronavirus pandemic, the tourism industry seems to be heavily relied on to maintain the country’s fiscal space. Pondering how much more tourism can enable economic growth and development in 2022, it came to mind that there has to be specific value adding economic strategies to augment the traditional economies, be it market, free, or mixed, among others.

Coming to the fore to address this issue are the colour economies which comprise seven colours; namely, white, black, brown, grey, green, blue and purple. Economists are advocating that governments place emphasis on the green, blue, and purple economies to enhance economic growth amidst the pandemic. This is understood as these economies span various industries and economic activities

The grey economy indicates the informal sectors which is evident in the tourism industry but is not accounted for in the formal economic statistics.

On the other hand, the green, blue, and purple economies are directly associated with the formal tourism industry.  I would also like to add orange as another colour of the economy for tourism growth and development and the reason will be explained later.

The green economy is defined by the United Nations Environment and Protection Agency / (UNEP) (2013) as “one that results in improved human well-being and social equity, while significantly reducing environmental risks and ecological scarcities. The green economy integrates the value of nature into economies and consequently improves the lives and well-being of humans by reducing / eradicating poverty. Its spectrum not only includes landscapes but also the practice of corporate social responsibility.

The green economy is not new to tourism as it is often spoken of within the contexts of sustainable tourism development and the sustainable development goals. It aims at achieving harmony on planet earth among bio-diversity (human, animals and vegetation), the natural environment, development undertakings and tourism activities.  It is embedded in green technologies which aim at fostering growth and development through the use of green approaches; technologies and processes to conserve, protect and preserve the environment. Seemingly, the natural environment is a critical capital for tourism; it is the very resource that the industry relies on for its various activities. This natural asset is paramount to the business of tourism whether it is mass tourism by way of the sand, sun, and sea or specialized tourism to include nature-based activities such as hiking and sightseeing.

The use of natural resources for tourism will be important at this time in adding value to the guests’ experience, creating competitive advantage and possibly, comparative advantage for the destination as the rest of the Caribbean is adorned with natural assets. It is likely that operational cost will be reduced once the guests are not on property.

Another aspect of the green economy is the application of the 3R approach — reduce, reuse and recycle. The reduction of greenhouse gases is an important overall goal for saving planet earth. This requires eco-efficient production by the various tourism/hospitality providers, proper management of chemicals and initiatives to reduce and mitigate climate change. Now is the time for tourism/hospitality entities to carry out their audits in regard to eco-efficiency so as to improve production and practices. Renewable energies and energy efficiency can no longer be buzzwords but the practical nature of operating.

With regards to the reuse and recycle paradigms, responsible consumption behaviour and environmentally friendly lifestyle are paramount. The use of solar systems to promote resource efficiency is beneficial, especially for large properties which could possibly afford the installation cost. The sunlight in the tropics is an envious resource and should be used in abundance.

Tourism operations at this time require a green economy strategy amidst decreased patronage brought on by the pandemic.  However, for the green economy through tourism to be impactful, not only does it require environmental policies but stern mechanisms to enforce subsequent regulations. It also requires supportive structure to integrate economic and environmental policies.

The blue economy is an emerging concept and is similar to the green economy but focuses on ocean/blue resources rather than land resources. It relates to the sustainable use of marine resources, ecosystems and coastal zones. The World Bank (2017) defined the blue economy as “the sustainable use of ocean resources for economic growth, improved livelihoods and jobs while preserving the health of coastal and marine ecosystems”.

As with the green economy, the relationship between tourism and the blue economy is reciprocal. Tourism has a critical role to play in contributing to the blue economy, the resources of which are used for transportation, water sports (snorkelling, diving, and glass bottom boat for sea life watching) and food. In fact, sustainable tourism can drive the blue economy by contributing to ocean health. This is achieved by reducing the pollution of the sea and other water sources such as rivers and streams. Healthy ocean/sea maintains its reefs which deflect waves that would otherwise cause erosion and they also reduce storm surges. Healthy coastal systems produce more sealife; mangroves and sea grasses will be able to absorb and store carbon, thus reducing emissions which are a major cause of climate change. More fish will be produced for food and livelihood.

The blue economy adds value to tourism. Tourism can capitalize on ocean wealth through its sustainable use of the seascape. Travellers are willing to pay a premium price for an ocean view room and panoramic seascape view. Globally, coastal and marine tourism is a significant portion of the tourism industry which is projected to be the largest value-adding segment of the ocean economy. It is projected that by the year 2030, this type of tourism will represent 26% of the ocean economy. The challenge, however, is for the tourism industry to ensure that the ecosystems are sustained. Tourism requires a blue economy strategy to institutionalize the value of the ocean/sea into its business practices. These strategies should be embedded within the framework of ocean governance and given political support.  Ocean /seascape/coastal management requires marine spatial planning with proper mapping of coastal regions and well-designed marine areas.

The purple economy relates to the cultural dimension of the economy. It aims at including the cultural sphere in economics and is measured by the cultural footprints in a country. This cultural-economic interaction is known to reduce the gap between a country’s culture and economy. Tourism has a role to play in the purple economy;   it facilitates a cultural economy through the use of the country’s/destination’s culture as a tourism offering/product. This engenders new opportunities and provides employment for residents. It also enables the preservation of local culture and customs, and respect for the culture.

The purple economy is challenged by the multicultural and multi-centric world; hence a cultural revolution is needed. Reclaim local food and dishes by offering more gastronomical experiences as well as infuse culture in the school’s curriculum so that students will appreciate the traditional dance and music forms. Virtual cultural expressions must not be left out of the strategy, especially during the pandemic. In addition, bring the various sectors of the economy together to plan for the promotion and marketing of cultural activities.

The orange economy is added to the hue of economies as it is described as the use of a country’s cultural capitals in creating jobs and generating economic growth through the creative arts, and cultural goods and services. It appears to be the same as the purple economy and is similarly classified as the creative economy.

I have separated both based on my analysis that the orange economy distinctly relates to people’s natural talent and is posited as an innovative economy. The resulting art form, be it a good or service, is developed through one’s inspiration, creativity and ability to be artistic and innovative.  The Inter-American Development Bank (2013) in support of the orange economy for growth emphasizes that talent and creativity are the basis of the economy. This is where ideas are transferred into cultural products.

Another distinction is that the orange economy is associated with the younger generation, hence the vibrancy of the colour. It also creates entrepreneurs — creative entrepreneurs — and is measured by the level of innovation as well as demand for the good or service.

The orange economy is not new to Jamaica but the time has come to seriously rethink the associated strategies and create new possibilities to take advantage of the cultural capital. Globally, the creative economy employs approximately 30 million people and generates 3% of Gross Domestic Product (GDP) representing US$2.25 trillion. While we are planning for tourism, it is important to identify, harness and monetize talents. The country is not short of natural talents; we have a cultural richness which has not been tapped into and this can add value to tourism.

Usefulness of the White and Brown Economies

Although not being advocated by economists, both the white and brown economies can be useful to tourism in Jamaica.  The white economy encompasses the health care system. The time has come for Jamaica to seriously explore medical as well as health and wellness tourism. Whilst medical tourism focuses on medical and cosmetic procedures which require  appropriate technical resources and facilities such as hospitals, health and wellness tourism can be a low hanging fruit as it requires less infrastructure and superstructure. In fact, the natural resources for teas, spa treatment and such delight are already available. This can also create backward and forward linkages with rural communities, and the agriculture and manufacturing industries, and stimulate the local economy.

The brown economy refers to the production of material from natural resources for export such as the mining of bauxite to produce alumina. This may not be directly applicable to tourism but it can somewhat/somehow be an attraction for visitors through edu-tourism. Students and other market typologies may be interested in seeing how bauxite is mined, produced and shipped to their countries to produce aluminum. This would be a small scale venture but the reason to travel for mass tourism offerings will be futuristic.
Colourful Linkage for the Tourism Economy

Each of the economies, be it green, blue, purple or orange can be very useful for the tourism economy and subsequent macro-economy. However, the linkages between them can be more potent in strengthening the micro and macro-economy through tourism. To make this happen, strategic imperatives, will-power and government support are some of the words coming to mind. Colours for thought. 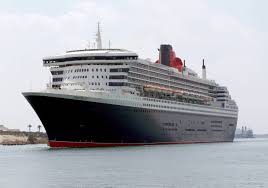