‘You Are No Sulla’ 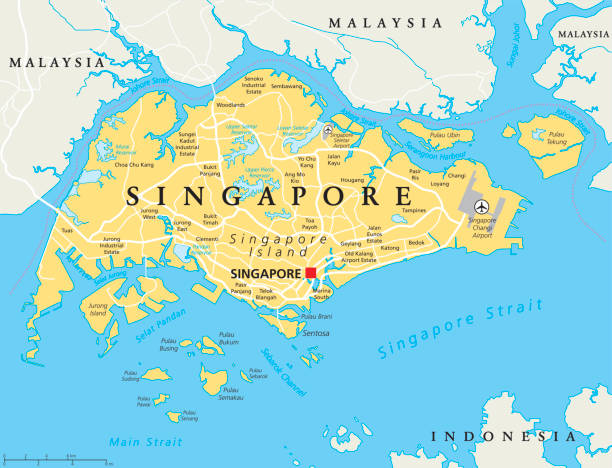 It is told, in what is probably an apocryphal tale, that Pompeii Magnus of the Triumvirate in a fit of rage exclaimed but “Sulla did it”. This was in reference to Sulla’s twice sacking of Rome as Pompeii, at this point, wished to see himself being the sole person ruling Rome. The response to that statement was “You are no Sulla”, a statement which was to mean that the times (the historical context) had changed and that Pompeii, no matter how much he wished it, could not command the total fear/respect of Rome in the manner which Sulla did that allowed him to take those actions.

There has been more chatter in recent days that Jamaica should follow in the footsteps of Singapore, this time the talk has come from high and influential circles and reached such a fever pitch that an opinion piece was run which flatly asked if Andrew Holness is the kind of person who has dictatorial tendencies and if we should empower him to become a benevolent dictator as Lee-Kwan Yew was in Singapore.

There are many problems with this train of thought (Jamaica being like Singapore) which never get dealt with and, as a result, I will go in depth as I explain why the idea of Jamaica becoming Singapore is a non-starter as well as explaining why it is that no matter how much our middle and upper class may want a benevolent dictator our people will not allow it and that no such person exists in our political class.

Singapore, as we all know, was a British colony, which sought independence in the 60s from the newly formed Malaysian Federation. It is located in South East Asia and more importantly in the strategic maritime trade node which is the Malacca straits. These two reasons — the location to Malaysia, as well as its strategic position in Asia (historical context and circumstances) — meant that Singapore, if it could get its ducks in a row, could be filthy rich. It could exploit the British and Americans as a result of the communist insurgencies in Malaysia and SE Asia in general, squeeze them even further to allow it to maintain supremacy in the strategic waterway as well as interact with Communist nations for educational and infrastructural programmes. Up until the fall of the Berlin Singapore wall a member of NAM and was in fact a founding member.

It is true history does not repeat itself, but it looks similar and follows a pattern we see already where Jamaica, in terms of the historical context and circumstances, is not in the same situation which Singapore found itself on the eve of independence. We are not the only strategic node in the Greater Antilles. There is Cuba as well as Haiti both of which are in the camp of China and the US, respectively, meaning we can’t play one off the other on that front. There are no major communist insurgencies in the region anymore, and on top of that the China of today is not the China of the 60s and is not seeking to export its ideology. So on that front the chances of squeezing the Americans for goodies becomes less and less likely.

But, enough of that. The second reason is the most important reason as to why Jamaica cannot be a Singapore or Cuba for that matter (a benevolent dictator or a one-party state). Lee-Kwan Yew and his PAP were merciless when it came to corruption, they had no time for it and sought it out like a bloodhound from the lowest reaches all the way to the highest echelons of power. If a garbage collector or a minister had an allegation of corruption hanging over them, they could be sure that a public rebuke would follow and the consequences byzantine.

We do not have those politicians, we do not have politicians who will bring the hammer down on their own let alone private individuals for crimes which the powerful commit. While it is accepted that personal responsibility plays a large part in how individuals operate (hence corporal punishment) it is taken as a given that public morality stems from the leadership and that they therefore must be held to higher standards than anyone else (it should not be lost on us that the PAP has begun to lose its shine as it has become lax on its corrupt officials).

What we see in Jamaica is some form of halfway home or stillborn attempt. All the onus on the citizenry to follow the rules and to bear the brunt of the law while our politicians carry cases of alleged corruption to the Privy Council in order to be thrown out. Politicians fingered in corruption scandals are temporarily relieved of duties only to be given a new position by the PM once new elections are called (note that the thought of removing the offending individual from the ticket was never an option).

We can’t be Singapore because our leaders do not lead in a decent way. These are not the types of individuals to whom you would willingly give total authority. We see this every day in a nation which gives power to these politicians at free and fair elections and we still pay them scant regard and view them as detritus. This, however, does not stop the ever-increasing call from the now increasingly terrified middle and upper classes for some such benevolent dictator to swoop in and address Jamaica’s crime issue (if you are lucky, they may then tack on corruption and our underperforming economy).

They have no such issues with the fact that we are not met with the same historical context of the fact that our leaders are no Lee-Kwan Yew because they know that the pool from which politicians are drawn represents themselves. What they really mean is that they one day hope to be vested with the ultimate power and project this wish upon our politicians who are already would-be despots.

The bell whether for actions taken by politicians is the middle and upper classes. What they want eventually becomes the reality in a society which is dominated by them. This push for a more authoritarian form of government has picked up steam, it has increased ever since our PM met with the American and Haitian presidents both of whom had and have dreams of being despots.

This move towards despotism, especially with a ruling class which has no moral bearings, and which is hopelessly corrupted by the cult of the self and blind to the idea of the collective good will only end with anarchy. The people, while consenting to give power to a corrupt and incompetent lot via the ballot box and grumble at home, will protest if they are forced to live with a would-be benevolent dictator. A despot who refuses to address the housing inequities, the blame of which lies primarily with the current backers and funders of our politicians, will only be creating a noose from which they will hang.

We do not have any Lee-Kwan Yews. Our country cannot manage that. Our culture is different, and our historical settings call for a different type of leadership. What is needed is collective input to solve our problems, a linking of all arms of the State in conjunction with the private citizenry and civil society organisations. What we need and have been given time again and ignored are persons like Walter Rodney and Robert Mugabe, people who see the urgent need to bring the people into the decision-making process, create an equitable society and use its wealth to benefit its people. As a people who do not take tough talk from anyone and who need to be won around to all major decisions, leaders such as those who explain the need for the policies rather than leaders who use brute force will be the ones who will make the lasting change.

Let us say no to the growing call for despotism, let us stand up to the cowardly middle and upper classes and instead seek reasonable long-term solutions to our ailments. And if they don’t change tack, then join them and carry it to its logical absurd conclusion and insist that absolute power be put in the hands of the biggest don. After all, as seen in all the garrison communities and shown excellently with Dudus, no one is an efficient benevolent dictator than those who come from and rule over the slums. If they want a Sulla they may find one there, and like Sulla, after he twice sacked Rome, the lamentations will be they “wish the despot never came”.