Our Own Black Hill Volcano, Portland 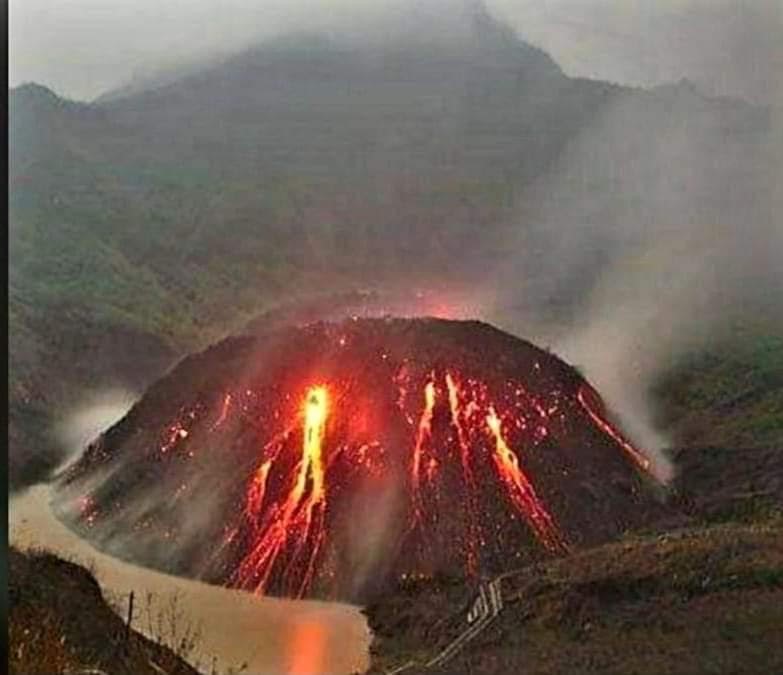 Once again, La Soufriere has disrupted the lives of so many people in St. Vincent, where the economic fallout of COVID-19 has already been taking such a toll that just last week Prime Minister Ralph Gonsalves warned that the country was in such dire straits that they may not be able to pay civil servants this month.

The only good news out of St. Vincent so far therefore, is that there are no deaths. It was also encouraging how quickly Caricom countries have responded. I only hope that those who had to leave their island won’t end up like some of their Montserratian neighbours who have never been able to return home since their volcano erupted in 2012.

This event reminded of how surprised I was when I learnt some years ago that even Jamaica has an extinct volcano. Yes, I think most of us know that all our islands were formed many millions of years ago from underwater eruptions, but those of us in islands that do not have active volcanos never give any more thought to this normal destructive force.

The first time I ever heard of our extinct volcano, at Black Hill in Portland,was some time in 2012 on a ride with friends from Kingston to the parish. We had stopped at the top of the hill, just beyond Orange Bay, for rest and refreshments. A young man, mistaking us for tourists, came up and offered to take us for a tour to the volcano where he said you could see evidence of the lava and the denuded hills.

Since I had never heard of it before, I asked him when it erupted. He said “About 50 years ago.” That kept me laughing for the day, for as I told him, if it had erupted 50 years ago I would have heard about it!

Poor kid, to him 50 years was a lifetime away. Anyway, I decided to research volcanoes in Jamaicaand when I could not find anything, besides when the island was formed by underwater volcanoes erupting millions of years ago, I forgot about it.

Then coincidentally, in 2014, I got an e-mail from the Natural History Societyadvising of a field trip to the Orange Bay area in Portland. It would be led by Dr. Simon Mitchell, Professor of Sedimentary Geology and Head of the Dept. of Geology and Geography (UWI, Mona).

That was by far the most informative field trip I had been on for years. We were introduced first-hand to things like basalt rocks which were formed from the rapid cooling of basaltic lava which had broken down over the years to give places like Orange Baythe black sands. We learned too that BlackHill actually got its name because of the colour of the rocks there — black because of the high content ofiron oxide.

This extinct volcano, according to Prof Mitchell, was quite “young”, having erupted around 12 million years ago. Young because Jamaica was first formed by eruptions some 40 to 50 million yearsago. We also learnt that Black Hillwas ‘discovered’ around 1860 when the colonial masters, having lost out their cheap labour after the abolition of slavery, decided to do geological surveys in the colonies to search for precious minerals.

Despite the wealth of information I gathered from the knowledgeable professor that day, my most interesting lecture that day was on folklore. This camefrom a young man named Adrian, who had only recently graduated from Annotto Bay High School. He had come to see what our strange group was doing in the area and joined me under a tree.

His version of the extinct volcano was that it last erupted just as Columbus was approaching the island in 1492 and when he saw the smoke coming out of the mountain, he did not stop in Portland but went to Discovery Bay instead. He said he knew that was the true version as his grandmother had told him so.

I rather liked that version!

Anyway, with all the strange things happening in the world because of climate change and all that, I just hope our extinct volcano does not have a rebirth, for hurricanes, earthquakes and viruses are proving to be quite enough for us to handle!

2 thoughts on “Our Own Black Hill Volcano, Portland”