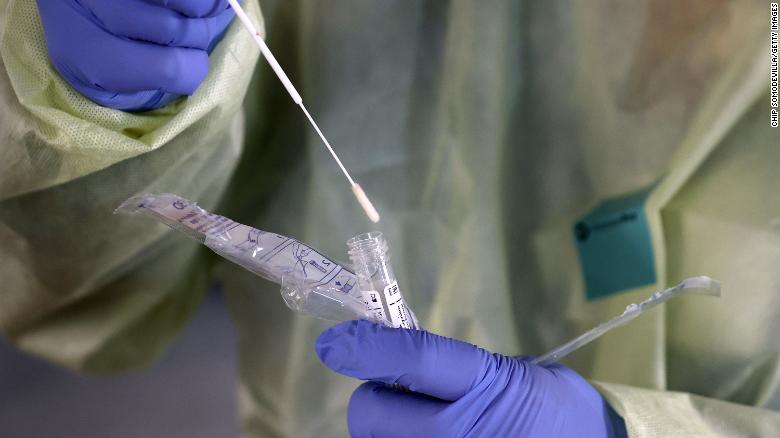 There was a time, not too long ago, when those with the ‘Yankee dollar’ were not only welcomed throughout the world but also vigorously courted.

Not anymore, thanks to President Trump and his band of arrogant incompetents, whose denial of the COVID-19 virus has caused it to spread like wildfire throughout the USA, with no end in sight. So today, Americans are persona non grata on many foreign shores!

On July 17th, of the almost 14 million confirmed cases of coronavirus throughout the world, almost four million are in the USA. And of the over 590,000 deaths worldwide, more than 140,000 are in the USA.

That is over 20% of the deaths worldwide.

But none of that concerns Trump and his minions. In fact, in a move that can only be described as extremely partisan and stupid, Georgia’s republican Governor Brian Kemp has sued Atlanta Mayor Keisha Lance Bottoms over the city’s mask-wearing. I say partisan because the leader of the Republicans has firmly scoffed at setting the example of protecting others and slowing down the spread of the disease, by wearing a mask.

The Centers for Disease Control and Prevention (CDC) now says mask-wearing can cause the virus to be eliminated in a few weeks if everyone wears a mask. But those who consider themselves real trumpists, firmly refuse to be masked.

Granted, initially, scientists knew very little about the disease and how it was being spread, so there were contradictions in the scientific community about mask-wearing. However, on the 7th July 2020, the CDC — the agency which “works 24/7 to protect people from health problems associated with natural disasters and bioterrorism attacks and keeps Americans safe and healthy where they work, live, and play every day — said in part on its website; “All people should wear face coverings when they’re out in public and around people who don’t live with them, especially when social distancing isn’t feasible. This recommendation is based on what we know about the role respiratory droplets play in the spread of the virus that causes COVID-19, paired with emerging evidence from clinical and laboratory studies that shows face coverings reduce the spray of droplets when worn over the nose and mouth.”

Despite this, those who put more emphasis on politics than science have overtly sabotaged the message.

So Florida, which is now dealing with the largest confirmed coronavirus outbreak of any state during the pandemic, does not have a mask mandate in place. Florida’s governor is the notorious Ron DeSantis who gained notoriety during his 2018 campaign for being a Trump toadie, when he aired ads in which he played with his baby daughter with blocks, coaching her to “build the wall.”

He also ran another in which he was teaching her to talk by pointing out the “Make America Great Again” words on a Trump campaign sign and reading sections of Trump’s Art of the Deal book to his baby son!

Since DeSantis goes by the Trump playbook, is it any wonder therefore that Florida has the worst coronavirus outbreak in the country, with a 60% increase in contamination since the beginning of July?

Unfortunately, this is where I am stuck and as much as I would love to come home to Jamaica, could not do so as I have been frustrated at every turn.

In view of the facts outlined, I don’t at all blame the Jamaican Government — which has done an excellent job at containing the virus on our shores — for demanding that before one can travel there from Florida, one must get a certificate, no more than 7 days old, showing a negative result for coronavirus.

Well, I am here to tell you that Trump’s regular boast from March this year that anyone who wanted to get tested for COVID could do so, is absolute trash.

Having seen the madness on TV where people were lining up from 5:00 am to closing in Florida to try and get tested and not being able to, I decided that was not for me, so would make an appointment.

In late June, after trying for days to contact different testing centres, including CVS, Walmart, and urgent care centres in Broward county and being met with nothing but phones which rang out or web pages declaring loudly “no testing appointments available at this time”, I finally got an appointment to be tested on July 10th, and was told the result would be available between four and six days. This was at a drive-through facility at CB Smith Park in Pembroke Pines, but it was not easy. For when I first called on the 27th June, after about a 20-minute wait on the phone,  I was told that they had no more slots for appointments so I should call back on the 1st July when they would be doing their new schedule. I called at midday on the 1st, only to hear that the roster for the week was full so I should call back on July 5th, when they would be doing the roster for the 10th July.

When I asked when the result would be ready I was told 4-6 days, so confidently I booked a flight for the afternoon of the 16th of July. (remember the negative certificate required to travel to Jamaica from Florida, should be no older than 7 days.)

The testing process went through like clockwork, only taking about 45 minutes to be completed, with the worst part being when they pushed the swab up my nose, almost up through my eye! But when it was over, my bubble burst as when I asked when the result would be ready I was told 7-10 days. In shock, I told the lady that I was told 4-6 days when I made the appointment but she told me that was before the test requests almost doubled.

Living in hope, I went through with my arrangements to travel, confident that I would make it during the 4-6 day period. But it was not to be, for up to 18th July, a day after I cancelled my flight and had heard a lady complaining on TV that her results were not back although her test was done two weeks before, my results still were not posted. Of course, no one answers the phone on the results line either.

A friend who took the test a day before I did, told me she got her results on the 16th, but her husband’s had not come back up to the 18th, although they were both tested at the same time. He, she said, would be taking over the test as the person who looked after their house in Jamaica had died so they had to get home.

I wish them the greatest luck as things are deteriorating rapidly in Florida so I don’t see many people making the 7-day deadline to travel to Jamaica.

What is absolutely amazing is that in Florida, by the time one gets a result, if one is positive for the virus, one could spread it to hundreds without knowing, because of the tardiness in getting results. Further, there is no track and trace in place, despite the rapid spread in the state.

There was a time when the USA was said to be first world and Jamaica third world, but in the area of disease containment, the roles have definitely been reserved.