Those Troubling No-Votes On Condemning Fascism 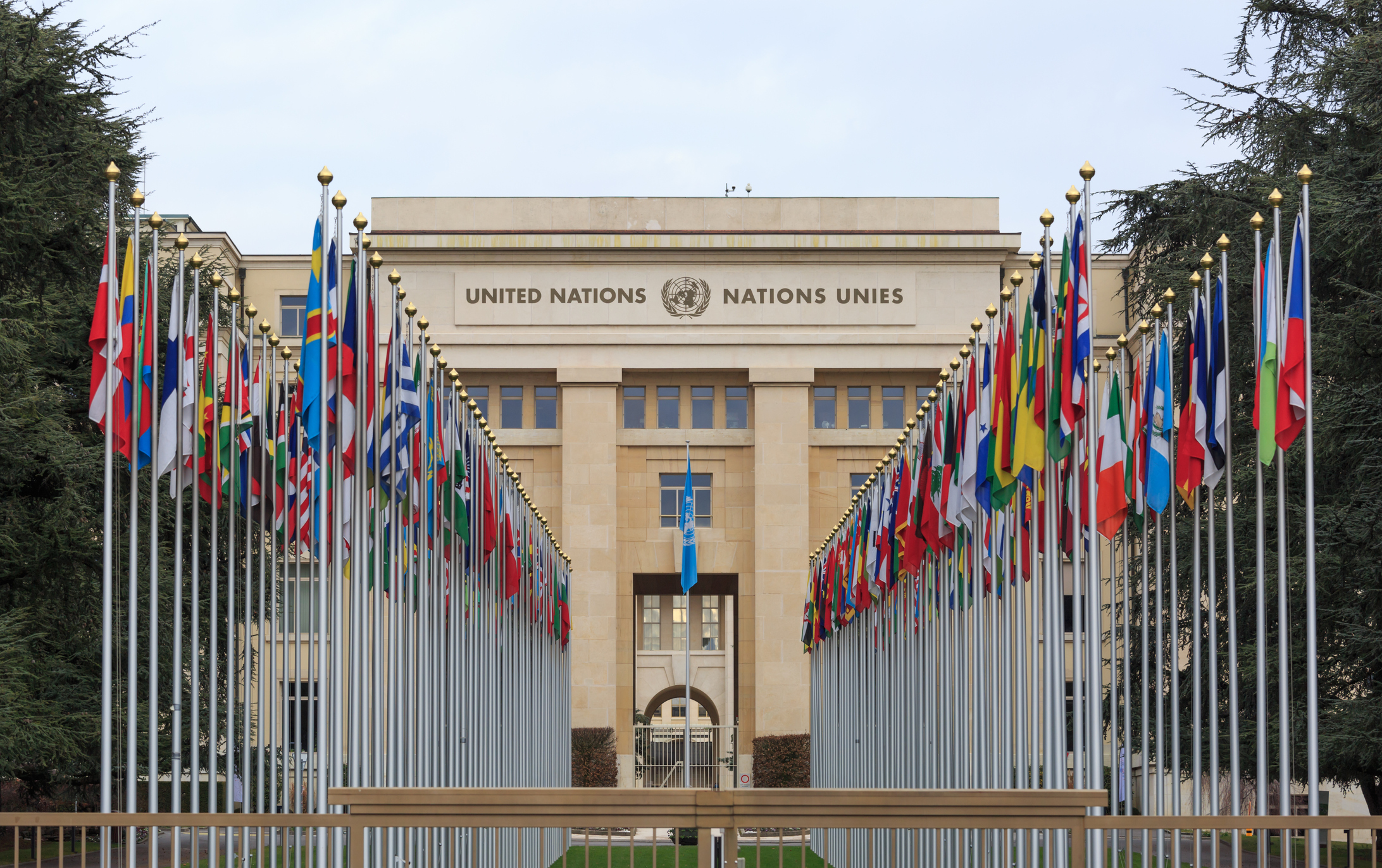 The 12th of November saw the United Nations General Assembly gather and do what it normally does, pass resolutions which, though toothless, carry serious moral weight.

The resolution up for debate was titled ‘Combating glorification of Nazism, neo-Nazism and other practices that contribute to fuelling contemporary forms of racism, racial discrimination, xenophobia and related intolerance’. On the face of it, the resolution is a simple thing, a call on members of the UN — an institution founded to ensure that the fascist beast no longer threatens the world — to reaffirm their condemnation of fascism/Nazism and to take measures to combat the glorification of far-right political views.

Rather than being a simple vote it ended with the resolution being passed but with numbers reading: 121 in favour, 53 abstentions, and 2 against. The abstentions make for interesting reading. It is the entirety of western Europe, the European Union and nations that have sought membership, NATO allies, and a few small Pacific islands. Austria is ambivalent to Nazism apparently. Germany — a nation where the glorification of Nazism is a crime for the citizenry — has as government policy of a stance of neutrality when it comes to Nazism.  Strange! Clearly, these nations and the Emirate of Afghanistan have more in common as they both chose abstention.

Now, more interesting and troubling — as this is who is at the root of these actions — are the no votes. The two nations that took so much issue with the resolution condemning Naziism that they voted no are none other than the Ukraine and… wait for it.. our old friends the USA.

Now, it is easy to understand why Ukraine voted against the resolution. No degree in geopolitics is needed there. Since 2014 the nation of Ukraine has been ruled by neo-Nazis, it has seen an explosion of monuments honouring members of its homegrown fascist groups (Banderites) and has incorporated neo-Nazi militias into its standing army as they make up the fiercest fighters in a civil war being waged against Russian-speaking regions by the Ukrainian-speaking regions.

A Nazi-inspired state which is staffed from top to bottom by people who espouse Nazi ideologies and whose grandfathers fought in the Waffen SS brigades is not going to vote against a resolution that openly condemns them.

It may pain some to say it, but we all know the reason that the US has voted repeatedly against the resolution. But before we get there let us look at and give the time of day to the excuse given by the US permanent representative as to why they voted no.

The representative, Nicholas Hill, said in a release “Today, however, the United States must once again express opposition to this resolution, a document most notable for its thinly veiled attempts to legitimize Russian disinformation campaigns denigrating neighbouring nations and promoting the distorted Soviet narrative of much of contemporary European history, using the cynical guise of halting Nazi glorification.

“The United States Supreme Court has consistently affirmed the constitutional right to freedom of speech and the rights of peaceful assembly and association, including by avowed Nazis, whose hatred and xenophobia are vile and widely scorned by the American people. We nevertheless firmly defend the constitutional rights of those who exercise their fundamental freedoms to combat intolerance and express strong opposition to the odious Nazi creed and others that espouse similar hatreds.”

Now, stop and think about that comment for a bit. The US has decided to vote against the glorification of Nazism because its own domestic laws — laws that are binding to no other nation — protect the rights of those on the far right. Are we to then assume that the US will no longer be saying anything about women’s rights, education, gay rights, and all other topics because they go against the ‘rights’ of their citizens? If the US has such a blasé manner towards the far right and fascism, why did the world have to endure the past 4 years on US media where the rest of the world was told how dangerous Trump the fascist was and how any measure was justified in his removal?

The statement makes no sense; fascism and Nazism do not happen in a bubble. It is not merely saying ‘kill all Jews, blacks and gays’ it is making them ideologies which are then acted upon. It is the rawest expression of those who have power and are losing it by abusing other people in order to assuage their fears and make themselves feel better.

That stupidity is not the reason — though it does show us an interesting insight to the US, namely that fascism will be protected but socialism and communism not so much. The real reason, which is stomach-churning, has nothing to do with ‘freedom of expression’.

The true reason, some will say, is that the US prefers to deal with the far right than others because they will maintain US hegemony. That is partly true. It is a fact that the US does get along more with fascist states than others, but I feel the real reason is that the US is a fascist state in everything but name; it always has been and always will be.

There are a few definitions of fascism, but the definition by Mussolini that it as “the merger of state and corporate power” which he called corporatism, describes the US economy since the nation was .

This was accelerated when Ronald Regan took office as president. The very basis of the Nazi ideology, lebensraum —German for living space — is borrowed from the US and their westward expansion. The racial science undergirding Nazi ideology was born in the US (eugenics) and remains a key staple among not only the medical field but more worrying still among the rich and powerful who shape that society.

Even the anti-other and anti-communism in Nazism can find their roots in the US. The government, and media routinely dehumanised the native population (an ongoing activity), and the US army, in its efforts to destroy the native population, explicitly targeted the native economy and way of living fearing that to leave it would entice non-natives to abandon capitalism for this mode of living.

The fascist tendencies of the US are seen in its actions at home. How it treats its people is very reminiscent of Germany 1933. How it propped up far-right governments in Latin America and provided them with former Nazi officers to ‘teach’ them the ways of administrating terror is proof enough that the US, far from being the enemy of fascism, is in fact the wellspring from which fascism has continued to pour.

Basil Liddell Hart was no communist or Russian sympathiser, his Magnus opus on the history of World War Two acknowledges that the USSR did the bulk of the heavy lifting. Field marshal Monty, a NATO commander, also acknowledged this truth. Eisenhower and Marshall, both American generals and politicians at the inception and height of the Cold War, also acknowledge this fact.

It was true then and it remains true now. In a collective effort to defeat Nazism the USSR did the bulk of the fighting — two-thirds of the Wehrmacht casualties were on the eastern front — and remains true that all participants on the allied side were in bed with the Nazis in an effort to defeat the USSR. In that sense, it is true and remains true — as shown by the abstentions — that a far-right dictatorship that is willing to play ball is more than preferable to a government that is even slightly independent.

They wish to use this as a political football, to embarrass nations like Russia who, truth be told, have enough real things to be embarrassed about. This does not embarrass them and only alienates the US, showing the world for what it is. When its ‘truest allay’ in the form of Israel votes against it, we know it is losing the plot. When India, under Modi whose party is literally modelled after the Nazi party, votes against it we know they have lost the plot. Fascism was defeated, the majority of the world’s people have no time for that death-cult ideology. The US can continue to show itself as the last open bastion of that ideology and even defend it, but history will condemn them and the world will abandon them with this as an excuse when the time comes.

One thought on “Those Troubling No-Votes On Condemning Fascism”