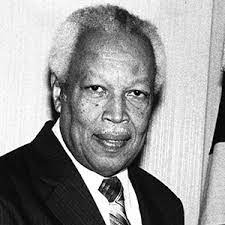 At Hugh Shearer’s funeral Edward Seaga hailed him as a “champion of the working class, a benefactor of the poor, and protector of the disadvantaged”.

Prime Minister P.J Patterson hailed him as a man of “no half-measures” who was conciliatory and avoided unnecessary confrontations.

The Guardian’s commentary was: “The gentlemanly Shearer was also being shunted aside by a cabal of light-skinned ministers in his government and, after Manley’s landslide victory in the 1972 General Election, he came under attack from their leader, the US-born Lebanese-Jamaican Edward Seaga, who seized control of the JLP from him in 1974.

“When Seaga, helped by covert US efforts to destabilise Manley’s left-wing government, won the 1980 elections, he made it up to Shearer by naming him as token Deputy Prime Minister and Foreign Minister with the brief of cutting ties with neighbouring Cuba and firmly aligning Jamaica with the US.

“He was used as a deceptively gentle face of a government whose economic harshness and cold-war policies aped those of President Reagan and Margaret Thatcher and shocked many in the region. When the JLP was beaten at the polls in 1989, Shearer returned to his lifelong work of running the BITU.”

Whatever the background, there was no love lost between leadership aspirants Seaga, Housing Minister Wilton Hill, and Trade and Industry Minister Robert Lightbourne. Their struggles were well known for several years and it was a matter of such extreme national importance that it had to be page one lead story material any time it was published. By the time the race was to begin, however, Lightbourne had left to form his own United Party.

Shearer’s life had been devoted to the labour movement through the BITU, and through that channel he was the architect of many important victories for workers. However, his most significant and enduring contribution was in the field of education during his short tenure as Prime Minister.

Shearer had attended St. Simon’s College partly because he had been unable to get into the few high schools that existed in Jamaica at the time. Years later, in 1957, when Norman Manley was Premier, Education Minister Florizel Glasspole had made a significant impact by creating 2,000 free places in high schools for children who passed the Common Entrance Examination.

Before this, in colonial Jamaica where it was not important to educate the people, there was only a scholarship examination from which about a dozen of the island’s brightest children were able to attend schools such as Munro, Hampton, Mannings, St. Hilda’s, Rusea’s, Jamaica College, Kingston College, Calabar, Wolmer’s, or St. George’s College. Everyone else had to pay. But in Glasspole’s time, the number of government grant-aided secondary schools had risen to 41 to include Excelsior School, York Castle High School, Mt. St. Alvernia High School, Montego Bay High School, Glenmuir High School, and others.

Now, as Prime Minister, Shearer had an opportunity to do something big. In one stroke he just about doubled the number of secondary schools in Jamaica. With assistance from the World Bank he introduced a new type of school to Jamaica. These were called junior secondary schools. Originally, there were to be 50 of them. Even if these new schools did not offer all that the established schools did, secondary schools were now located all over the island.

For many years the new schools suffered in comparison to the established schools because they had to compete with the old schools which had long histories and had built up their reputations. But by the time he died, those begrudging comparisons had begun to disappear. Exactly as he would have envisaged back then.

But even in this, his moment of crowning glory, there was to be a problem. Shearer’s Minister of Education was a man who gloried in education. Edwin Leopold Allen had done his Bachelor of Arts the hard way in the days long before the coming of the UWI. Those were the days when you either had the money to go physically to Oxford or Cambridge universities in England (a degree from an American university was scorned), or else you completed your degree externally by home study.

Edwin Allen completed his degree the hard way — externally. For years, he studied by kerosene lamplight at home and eventually got the prized B.A. You could easily count on one finger the Jamaicans who had achieved that success. And so Edwin Allen, a proud Black man who believed in education, proclaimed his achievement by insisting strenuously on having the B.A. always affixed to his name.

Allen had travelled briefly to Britain, had observed the workings of the education system there and had come away singing the glories and indeed preaching the gospel of their comprehensive schools. So taken was he with this system that he returned home and launched a crusade with near religious fervour to establish comprehensive schools in Jamaica. But by the time Shearer sought World Bank assistance for education he had something else in mind. It was not comprehensive schools.

It was perhaps his most grievous error. Allen fumed. His vaunted comprehensive schools were nowhere on the horizon. But he was a strong believer in education and so, for a time, he bit his tongue. He bit his tongue until scandalous rumours began to swirl about the junior secondary school programme.

Over which he had no authority.

The schools were indeed being built. But something was amiss. In no time the island was all a-twitter about the missing schools, for it was said that two of the junior secondary schools had gone missing. The rumours spread to Parliament where stories were told of a junior secondary school contract in Portland being given out to a shoemaker. The result had been a beautiful two-storey school building –– without a staircase.

Another sotto voce comment in Parliament was of seeing a train going down the tracks somewhere in the middle of the island – with two schools on it.

Oh, the Opposition had fun taunting the Government. Allen was so furious he could contain himself no longer. He vociferously distanced himself from the scandal and, without naming Burt, protested – and this was the bitter part – that although he was the Minister and should have been in charge, he had no responsibility for the programme.