The New Boss Is The Same As The Old Boss 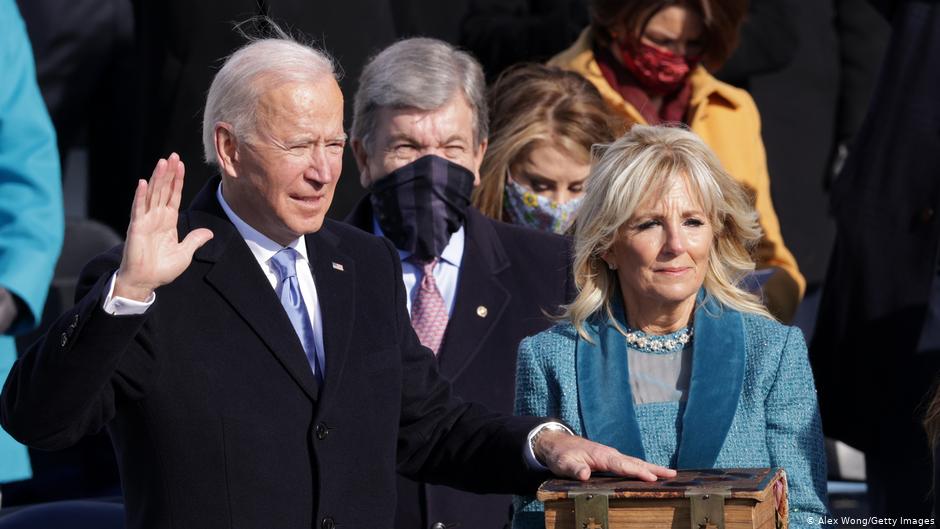 The Who, a British band, had a major hit titled ‘Won’t get fooled again’. Many of us are too young to know the song but are all too familiar with the great line ‘meet the new boss, same as the old boss’ and that line in what was a politically charged song remains as true today as when it was first sung. The recent US election and inauguration of Joe Biden and his democratic administration has elicited scenes of joy from some areas of the Global South as we seem to think that with Trump and his obvious brutishness removed, decency or even normality will return. These people think, after 4 years of Trump, Biden will now be as a new broom, creating stability across the globe and making the US everyone’s friend.

This notion I think was immediately shot down during and after the confirmation hearings of Secretary of State Anthony Blinken. During the confirmation hearings, Mr Blinken when questioned about Venezuela noted that while the Trump administration was sloppy in the use of sanctions, his state department will use more ‘targeted and effective’ sanctions in order to remove President Maduro from office, all this while vocally recognising Guaido as the ‘legitimate president’ of that nation. It, this belief that Biden will be a new different thing, was also proven to be a mirage when during questioning about Iran, Blinken noted that while theoretically, his State Dept wanted to re-enter the JCPOA (which Trump unilaterally walked away from leaving just Iran and EU in the deal), he would not seek immediate re-entry unless Iran negotiates on its ballistic missile program, a program which the Joint Chiefs of Staff have admitted are defensive and only aimed at protection from American aggression. Blinken went on to state that the sanctions imposed by Trump on Iran after he left the deal will remain.

This is the new boss, who apart from a more polite demeanour is the same as the old boss. Demanding the same tributes and utilising the same aggression, but this time in a fitting robe and with some class as opposed to an ill-fitted suit and with no-class. That the first foreign policy utterances from this administration were the maintaining of sanctions which have killed over 40,000 Venezuelans, or sanctions and a murderous assassination program which renders access to foreign medical goods impossible and kills scientists on the false pretence that they are ‘nuclear experts’.

We in the global south must wake up to this fact. No new administration in London, Washington, Paris etc will change their position as it relates to interactions with the Global South countries. The agreement is bi-partisan, Labour and Conservative, Democratic and Republican, French Socialist and Gaullist they all agree on the agenda. Deracinate, destroy and impoverish the global south, maintain the flow of wealth and ensure that their supremacy remains unchallenged. We see this during the 20 years spanning GW Bush to JP Biden when the mantra on Venezuela remains the same and has not been deviated from once. We see this with Zimbabwe where again for almost 20years, the policy of sanctions which have been shown to kill people have been maintained despite the passage of three administrations now entering a fourth.

I guess why we are so invested in the politics of the hegemon and neo-colonisers, their policies invariably affect both us in the global south and our friends and family living within those powers. I can also understand because the Trump administration to a large extent was vulgar and crass in their interactions with other nations and individuals and conflicting statements often within the same sentence put people off. It is important however that we remember that they are not our friends, they do not have our interest at heart and that this new administration will pick up where the previous one left off. Aggression against China and Russia will continue, Cuba, Nicaragua and Venezuela will remain under sanctions aimed at destroying those nations while Iran and Syria will continue to be strangled.

There is no hope from those countries and leaders.  Be they Trudeau in Canada or Biden in the US we must forgo expecting them to change ways and match their words with deeds and instead look within. South-South trade, for example, would see the transfer of technology between the region and the enriching of everyone. South-South trade would mean food security and even exporting foodstuffs to Global South countries with the same appetite. South-South trade means expanding our tourism to include the great untapped market of Africa which means more security for the industry.  Most importantly south-south trade means fiscal and economic independence as we would be making deals in JMD or NIRA or any other currency except the USD meaning our books would not constantly be in the red.

Covid-19 and the rapidly degrading COVAX facility I hope will act as another prompt showing how both administrations act the same and that our collective salvation will only come from south-south interactions. The Biden administration’s statements endorsing hoarding, politely phrased as exporting once the US has been dealt with, must send shivers down the spine of leaders in the Global South as should the vaccines which have inadvertently been spoiling due to poor cold storage. With Cuban and Chinese vaccines outside the COVAX facility and with those vaccines set to be abundantly available and with higher temperature degrees needed for storage, opening trade with these countries for vaccines could eventually lead to breaking the US and neo-colonial stranglehold on global trade and development.

The new boss is the same as the old boss, he was in fact the number two man to the boss the old boss replaced. There will be no change, only cosmetic adjustments so the machine can keep whirring along and we must not be blinded by those cosmetic adjustments. With the chairs packed away and deep into the third week of office, it is time we take sober stock of the situation and make the decisions which we must take if we are to survive as individual nations. Shy away from the new boss as we shied away from the old boss, further integrate trade and links with the global south, and ignore the false overtures which will come from these powers as they seek to lull us back into a sense of stasis and ready for the taking. We cannot afford four more years where we ignore the odious behaviours and illegal actions because they are wrapped in a well speaking bow. Maintain the outrage over the cages built by Obama/Biden and used by Trump, cultivate the rage as Yemen starves due to the war begun by Obama/Biden and heightened by Trump and keep the suspicion as this administration maintains AFRICOM and funding of far-right Latin American parties just as Trump and yes, the Obama/Biden administration did before it. That consistency in outrage, that abandoning of hope for help from those Global North leaders is the first and ultimate step to true independence in the Global South which will see us have more than a new boss with a new attitude, it will in fact being our own bosses making our own destinies.