A Tale of Two Pens 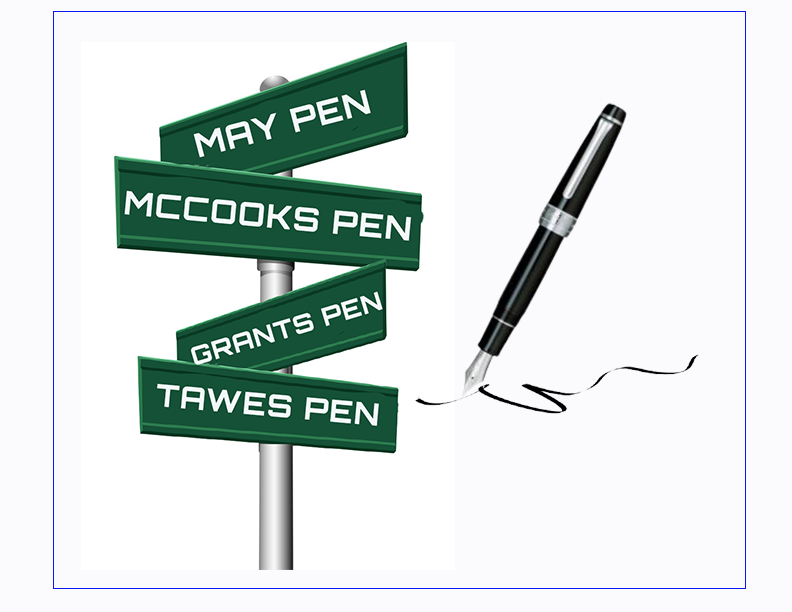 Long before her name was established as the renowned professor of social history, Verene Shepherd delivered a lecture back in 1988 at the 12th Annual Conference of the Society of Caribbean Studies.  The title of her paper was: ‘The effects of the abolition of slavery on Jamaican livestock farms (Pens), 1834-1845’.

Some seven years later, a British historian, professor Philip D. Morgan, published an article on ‘Slaves and Livestock in Eighteenth-Century Jamaica: Vineyard Pen, 1750-1751’.  What is remarkably striking about the two papers are there references to the inextricable link between the enslaved Africans and livestock – pigs, goats, cows, etc. – that made up the total institution of plantation society.   As one planter metaphorically expressed it: ‘slaves and livestock are the sinews of a plantation’.  Both domestic animals and enslaved Africans were therefore lumped into the category of ‘stocks’, and subjected to similar assessments to determine their effectiveness in meeting certain productive capacity.

The 2013 biographical drama film, ’12 years a slave’ highlighted the significance of the “slave pen” where men, women and children were held before being offered for sale as property. Today, we have thousands of Jamaicans, the descendants of the enslaved Africans, residing in communities so named by our erstwhile colonial oppressors that continue to be associated with the ignoble word, ‘Pen’.

But what’s in a name? “that which we call a rose by another other name would smell just as sweet”, to quote from Shakespeare’s Romeo and Juliet.  Well, almost two generations after Independence, places like Morgan’s Bridge, Pembroke, Wales, Aberdeen, Arthur’s Seat, Knockpatrick and Mount Vernon continue to retain the names given by the English colonizers. And more than 500 years since the invasion of Jamaica by the Spanish, they too continue to have named places retained in Independence Jamaica.  Montego Bay, for example, is said to be named after Montego Salamanca, a colonist, while Sam Sharpe, the hero of the Emancipation war of 1831-32 set to overthrow colonial oppression, has a square named in his honour in Salamanca’s Montego Bay.

Far more insidious is the self-conscious adaptation of the plantation legacy, a tragedy that New World scholars like the late Professor George Beckford and others sought to expose and uproot in their long and distinguished struggle against the total institution concept that the plantation represented.  In fully understanding the concept of the plantation as a total institution, we have to immerse it with the political, psychological and social influences that constituted the fabric of the society in those days. Its persistent influence would provide for the maintenance of an economic system that justified and rationalised the disenfranchisement and exploitation of the working people.

The scores of communities with the ‘pen’ attached to their names, most of which are economically deprived, have a notoriously bad reputation that has brought infamy and shame to our country.  A 2019 YouTube document entitled ‘Beyond the Headlines’, outlined a series of grossly repugnant and dastardly acts committed in a number of them, most notably Savage Pen, May Pen, Grants Pen, Thompson Pen, McCook’s Pen, Lakes Pen, just to name a few.  Yet we retain the names of these communities that continue to be associated with an ugly past, and see no inference with a cultivated mindset and the psychological cost that is attendant on a brutally oppressive and violence plantation model.  And today, sadly, the savagery is perpetuated upon us, by us, with no seemingly positively outcome in sight.

The experiences of many countries in Europe, Asia and Africa may point us to the much overlooked psychological impact of the post-traumatic slave syndrome that is infused in our DNA over 400 years. These are countries that have had to throw off the yoke of oppression, and after Independence, changed the names of their countries. Bangladesh, Botswana, Ghana, Indonesia, Malawi and Zimbabwe come readily to mind.  Even after the peaceful revolution in Czechoslovakia at the end of the Cold War, they too saw the need for a name change to Czech Republic and Slovak Republic.  Our transition in Jamaica in 1962 was equally peaceful but we continue to perpetuate a dehumanizing legacy on our people.

We have not, however, been using the pen effectively. Quite an irony that an old English adage attributed to a former British Secretary of the Colonies, tells us that ‘the pen is mightier than the sword.’  Indeed, it is, for had we mustered the political will, our elected politicians could easily have removed these wretched names from our collective memory with one stroke of the pen.  Undoubtedly the most profound change on the road to emancipation, for we are not there yet, lies not in the guns or ammunitions, the swords or any weapon of mass destruction, but simply in the pen.  Our national heroes stand out as exceptions, but we need more persons like them with the will to do it.

A simple name change could have profoundly positive psychological effects. For it may very well be in a Divine Ordinance that the congregation at the St. Johns Road Church of God in Spanish Town increased exponentially only after it had changed its name from Dovecot Church of God.