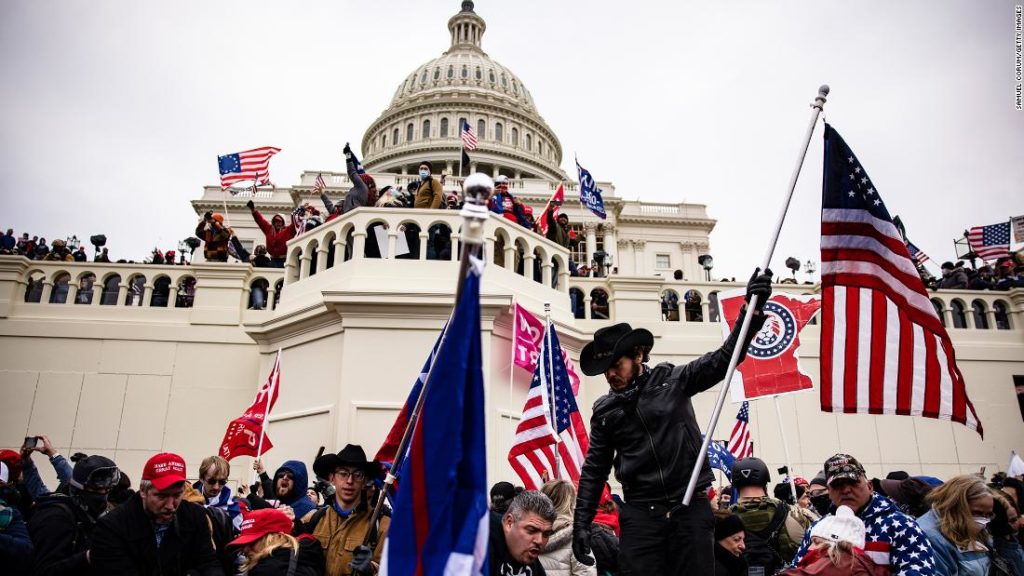 Is the United States of America on the verge of the continuation of the civil war that supposedly ended on May 9, 1865?

My simple answer is yes.

My reasons are set out below. However, before doing so it is important to set out a potted version of the relevant history from 1860 to today.

Additionally, I need to answer the very pertinent question from management: How is all this relevant to Jamaica?

The relevance is twofold. The USA possesses a huge nuclear arsenal — enough to destroy the world forever! The breakout of hostilities in the USA puts this arsenal at risk, and thereby puts the world at risk. Second, although China is hot on its heels, the USA is still the largest economy in the world. History has repeatedly shown that instability in its economy leads to world economic instability; whether it is the crash of the New York stock market in 1929 — which eventually led to a huge world recession — or the recession of 2008, which commenced with the sub-prime mortgage crisis in the USA and the worldwide contagion that followed.

A new or continuing civil war will lead to an awfully large worldwide recession. This, following on to the substantial economic downturn caused by the novel coronavirus pandemic, could potentially send the world economy back decades.

Slavery in the early 19th century provided the mainstay of the economies of the Americas, from the USA to Brazil and all countries in-between. Haiti was the exception. The British abolished the slave trade in 1807, and subsequently emancipated the slaves in their colonies on August 1, 1834. However, this did not apply to the USA. Slavery continued in the USA.

It dominated the economies of the southern states that supported slavery. Most of the northern states did not. The Democrats, or more properly speaking, the Southern Democrats, dominated the political landscape in the south. The Republicans dominated the northern states. A Democrat, James Buchanan, was elected president in 1856. In the 1860 elections Abraham Lincoln, a Republican, defeated John Breckinridge, a Southern Democrat from Kentucky, and became the 16th president of the USA. The southern states, with slavery as the foundation of their plantation economies, all voted for Breckinridge. The Republicans, who supported the abolition of slavery, carried the north and the western states of California and Oregon. The abolitionists triumphed over the slavers.

The result was that southern states seceded from the Union and formed the Confederate States of America (the Confederates) — Texas, Louisiana, Mississippi, Alabama, Georgia, South Carolina, North Carolina, Florida, Tennessee, Arkansas, and Virginia. War soon broke out between the Confederates and the Union. The American Civil War lasted between April 12, 1861 and May 9, 1865. The Union won and slavery was abolished. In summary, the Democrats supported slavery and the Republicans opposed it.

Fast-forward through history to the 1960 presidential elections. John F Kennedy (JFK), a Democrat, won the elections and became the 35th president of the USA. His vice-president was Lyndon B Johnson (LJB) of Texas. The Democrats supported civil and voting rights for Afro-Americans. JFK was assassinated on November 23, 1963. LBJ, as president, ensured the passage of the Civil Rights Act on July 2, 1964 and the Voting Rights Act on August 6, 1965.

Afro-Americans who were denied the abolition of slavery by the Democrats obtained both civil and voting rights from the Democrats.

In the 1960 elections the Democrats carried all the old confederate states except Florida, Tennessee, and Virginia. After the passage of the Civil Rights Act, five of the 11 became Republican states. By the time of the 1968 elections the Voting Rights Act had been passed. Five of the 11 old confederate states were now Republican and voted for Richard Nixon, and five voted for George Wallace, the staunch segregationist Jim Crow supporter. By the time the dust settled, Nixon, the Republican, had won the presidency.

The voting pattern in presidential elections in the confederate states between 1960 and 2016 is set out in the accompanying table.

The divide in the USA is stark between red and blue states, between conservatism and liberalism. The battle lines are drawn. Each side thinks that it has too much to lose. There is neither a middle ground nor the scope for consensus. In the November 2020 elections, according to the Council on Foreign Relations, 74,222,958 people voted for Donald Trump and the Republicans.

Last week’s assault on the Capitol is another manifestation of the powder keg on which the stability of the USA sits. There are currently far too many people either playing with matches or deliberately trying to light the powder keg of explosives. So, rather sadly, I must opine that there is a very real and not a mere fanciful possibility of Civil War Version 2.0.

There is far too much at stake for the entire world to leave this simply up to the Americans.

In all of this, the Red Dragon sits patiently and waits.