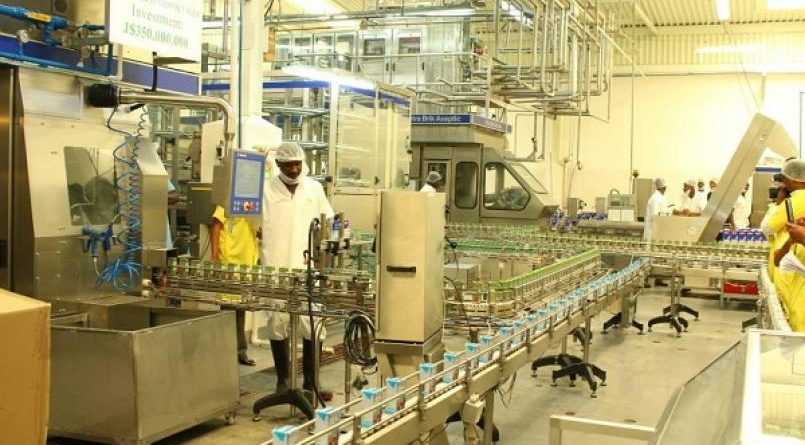 Jamaica’s manufacturing has, for decades, been anaemic. As a former plantation colony, we were never truly blessed with much manufacturing when independence was won in the 60s, and the ensuing decades have seen the slow, steady, then quick depleting and destruction of most of the manufacturing base we struggled to set up.

We now find ourselves woefully tied to the service sector, an industry which is wholly dependent on vagaries and uncontrollable things such as the weather (with tourism) and a pandemic (as seen with both BPO and tourism).

The almost total lack of a manufacturing sector is also costly and dangerously tied to those same vagaries and more when it comes to supplying the nation and those supply-chain links. A major typhoon in the East or hurricane in the Western hemisphere could cripple shipping. COVID-19 again has shown just how fragile those supply links are with some industrial countries now warning they only have supplies for up to a year should supply-links collapse.

We seem to have weathered the worst with COVID-19. A slew of vaccines are now available and it is everyday getting clearer both how to prevent and treat it as well as who those most susceptible are. Supply links will slowly if painfully re-open but we must take this time, this opportunity of dodging a bullet to ask ourselves what our industrial policy will be going forward to ensure that this kind of situation of lockdown and starve or stay open and run the gauntlet is never faced again.

This question, though needing the critical input of the private sector, can only truly be tackled and answered by the State which will have to set regulations and create markets. This is not something that can be done overnight in either its implementation or planning.  It must be methodical and as long as needed, but within a decent time limit in order to get the correct results as we have far too many examples of well-intended and theoretical good programmes becoming white elephants or simple busts.

Ideally a year or two would be set aside for discussion and debate, the thrashing out of details and how it would operate in the national interest. That time would be more than sufficient for the State, companies, and individuals to air concerns and hopes for the venture. Following that a five-year plan of implementation would be needed.  This is enough time for the industries to start-up production and build physically, as well as enough time to acclimatise the local market to the products on offer as well as introducing the measures to protect the industry.

We have agencies, both private and state in the shape of the PSOJ, MAJ and PIOJ, all of which engage in strategizing and planning for the short/long term and all of them have dogs involved in this race so there can really be no reason or excuse given for potential issues of coordination.

But what areas in manufacturing could we focus on? And would we be looking to fill niche markets, or becoming as independent as possible so we import less goods? Is it to create goods with value-added for regional export, or is it geared to simply act as a reserve or backup there and available in times of need?

I would hope that the areas of focus would not simply be relegated to an area such as agriculture, even though it does need to be a priority as that is the key to food security and export, expanded to other areas. We must look into the manufacturing of pharmaceuticals and medical supplies so we can, at the very least, ensure that we have stable and assured stockpile in case of emergency and supply for domestic consumption and even enough for export.

We must begin the manufacturing of food supplies and import substitutes again for domestic consumption, stockpile for emergency and export. It is no surprise that yams and cassava are major staples throughout the region and that we are the second-largest country in CARICOM which, with value-added labour, can ensure the food security of the nation as well as that of the region.

The manufacture of consumer goods, small goods, such as shirts, pants, bags, shoes, belts etc must also be encouraged and safeguarded. This, coupled with agriculture for cotton, and other industries (chemicals for example) and even renewable materials which can be used in domestically produced items would again ensure that we are not left to the whims and fancies of other nations and foreign companies while also forcing any potential external competitor to perform twice as much if they are to get noticed.

A serious manufacturing plan, a long-term plan would answer our unemployment question as the direct and indirect jobs would be legion and even (if the planning is done properly) our housing issues, as ideally each parish would be home to an industry of some form. It would answer the productivity question which has long bedevilled economists as we would not only be engaging in primary, but the much-needed value-added manufacturing which is where national prosperity invariably lies.

This would increase our industrial creativity as well, which would again aid in all departments mentioned, for as the Chinese so expertly showed and as Ross Perot — a man I ideologically and on principle generally have no time for, wryly noted — the manufacturing floor is where innovation is born as the worker stumbles on ways and means of greater productivity.

All of this, this local manufacturing sector, would not just ensure things such as food security or increase our stability and national coffers, it would do so much more such as ensuring that the nasty situation where we find ourselves caught between China and the US can be dealt with straightforwardly because we would not have to worry about the import of foodstuffs from the US or US companies.

It would ensure that the disgusting situation of having medical equipment we purchased stolen by the nation where the product is manufactured because we would have our own. This would leave us free from the whims of nations which increase or decrease our security status (severely impacting our ability to attract tourists) depending on how much pressure they wish to apply in order to extract something because we would not be so dependent on the sector.

No one doubts that manufacturing is fast becoming a field for robots and that soon the only person on the plant floor will be the tech operator. However, we are not at that stage, we are still pretty backwards in our methods and will take years to catch up, years that would mean good employment for workers in the manufacturing sector, good employment for the construction industry as areas of manufacturing are built, and a long-term permanent, decent tax base which could then fund future endeavours like free education and health maybe.

I don’t doubt that services are needed either, I simply maintain and will always maintain that a sole focus on the services (read tourism, finance and tech) will only lead to poverty. A mixture is needed, and we — a country involved in the tourism game for example — can use both agriculture and then value-added manufacturing to not only bring in more jobs, but also ensure that the tourist dollar, which invariably leaves this nation, remains because they purchase local food, linen, soap etc.

This means tough choices for our politicians and elites and an acceptance and willingness to live with the long-term spinoffs and consequences which will naturally come from tough choices. In 2018 our PM was the guest speaker at the BRICS forum where they launched the BRICS bank (now New Development Bank). That meeting was also the launching pad for the Asia Infrastructure Investment Bank (AIIB). These banks are aimed at infrastructure and development projects within Asia and the broader third world with grants and loans for oil and gas exploration, road building etc. After that meeting Modi and his Indian government, which was and remains at odds with the banks’ biggest backer China, inked a deal for dozens of coal and gas-powered plants.

We who were special guests representing CARICOM must have been informed of such goings on and we have, to date, not acted on it. We could exploit our gas and oil deposits strictly for manufacturing and heavy industry and transition everything else to green technology and still be within not just the Paris accords but the figures independent climate scientists say countries need to hit to stave off global calamity. We must either overcome our fear of upsetting the monster up north so we can develop or accept our status as a poor and beggar nation, it is a tough decision but this is what statecraft and nation building is, not just petty party politics.

A local manufacturing sector would ensure we have what nations such as Cuba, Iran (nations which have managed a better growth rate than us in spite of decades of sanctions) and Germany have — the foundation to maintain their independence. Cuba and Iran have withstood decades of sanctions because of a national manufacturing sector and Germany can rebuff US attempts to styme dealings with Russia because of their massive industrial base. We who are in dire need of sustained, sustainable long-term economic growth must put away the fear and accept the fact that some central planning and state intervention is needed if we are to become more than a nation of almost beggars.

Companies like Apple, Wall-Mart and Amazon all use central planning so the fears of the virulent anti-communist can be assuaged. Nations such as Germany and South Korea, countries which have no time at all for the Workers Ideology, maintain a strong hand and intervene in manufacturing and other areas to ensure that things in industry whirr along smoothly.

The debate over left and right can be had later. At the moment the people need food and long-term well-paying jobs. That is the only way the guns will stop barking and the nation will achieve the prosperity which we all believe it can attain. Pie in the sky talk of being another Singapore must be avoided, we are neither in their region or experiencing the same historical and material issues they faced in the heights of the cold war.

New, innovative methods are needed, and in the end, they will borrow from areas we can’t, and don’t all agree on. These are the times we live in. But I think we all can agree that nationalism, a strong manufacturing, and varied manufacturing industry protected from international competition to a degree is needed. I am not an industrialist or manufacturer, I am but a layman when it comes to this and I am positive that I have missed other areas where we could engage in serious planned manufacturing.

I do not claim to know all about the needs for this sector but I firmly believe (and I suspect many an industrialist feels the same way, if only for the guaranteed profits from the captured market) that State intervention, protection and even planning is needed for a national manufacturing policy.

It will not be easy, the teething pains will be harsh, but in the long run this is the difference between colonialism and remaining a pawn in the US’s zero-sum game with China, or actual independence. With nine years until we assess the achievements of ‘Vision 2030’ let us seriously discuss and implement this or accept another lost generation and the consequences which accompany it.