Organising Is The Only Way To Get Change 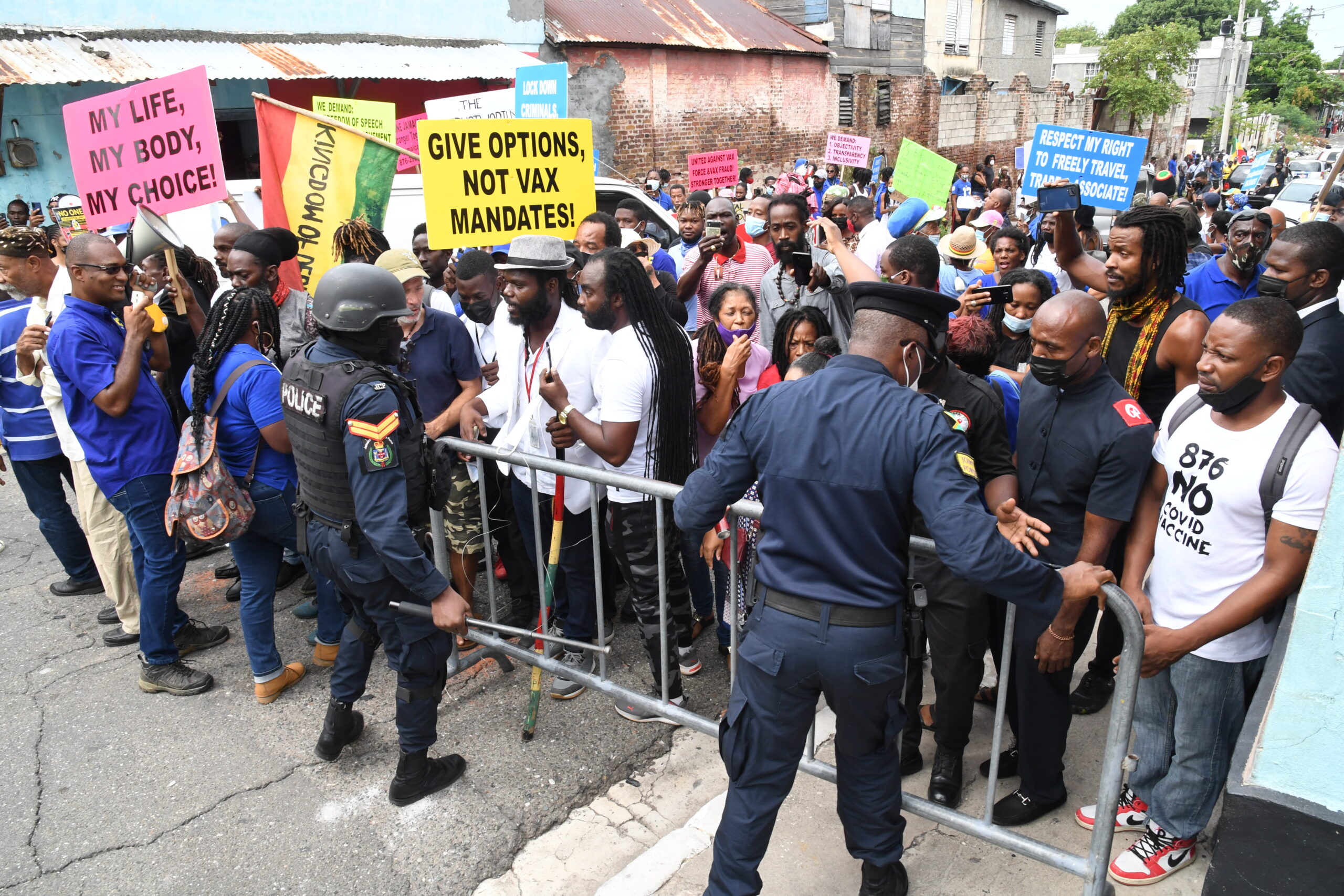 Floyd Green, following the release of a video showing him attending a party on a no-movement day, has resigned from the Cabinet. The resignation came a few hours after the video made the rounds on social media, and his resignation statement was contrite.

The reaction of the Prime Minister, however, was not. Far from excluding Green from any future role in power (at least in the near term), he said he would look at having Green head some Parliamentary committees.

Under this Administration (both terms) we have had Andrew Wheatly resign, Ruel Reid resign and go to court and now Green has resigned. In all these instances, bar one, each person has kept their post as MP, and it would be a safe bet, based on the actions taken against MP George Wright, that if Reid were an MP he would not have been forced out of public service.

Green’s resignation has been greeted by a mixture of praise by people who view this as a turning moment in the nation as it deals with people who feel they are above the law, and damnation by others who view the move as the least that could be done by the former minister and falling well short of the needed remedy in the long run.

The short answer is no. The opinions and feelings of the citizenry mean jack in the long run, with the politicians. To prove this I will use the recent calamitous United Independent Congress (UIC) protest.

Now, I am not a fan of the UIC.  They preach a liberal politics which grates against my Marxist outlook as seen by their outlook on property rights, the power of the State and giving power to the worker, coupled with their anti-vax stance (cloaked under being pro-choice, something they will not extend to women’s reproductive rights).  I could never support them. However, their protest was not a spontaneous event; it was totally illegal but not spontaneous as the issues are known to everyone.

In an attempt to have their grievances dealt with they attempted to march on Gordon House and, as I’m sure we all know by now, the head of the group was arrested along with others while their message fell on deaf ears.

So deaf were the ears upon which their pleas fell that the Prime Minister came out the next day stating that mandatory vaccinations would likely be the norm in the future when we hit critical mass of vaccinated people.

How could each group have had their opinions and feelings at the very least listened to and at most acted on? The answer is obvious: organise, organise, and organise some more. Actions are easy, protests are easy, letters are easy, organising not so much, and it is this which is needed if any agenda, opinion, thought or want of the people will be acted on.

Why would the PM listen to a group of disparate, powerless individuals? What threat do they wield apart from say writing on Twitter causing some embarrassment? At the end of the day he remains PM, and you will go about your lives forgetting the issue you were so worked up about and not even vote.

Why would the Government listen to the UIC and the people who protested with them? Do they have an agreed upon plan, a set of practical demands with a timeline? Have they canvassed members to get their opinions or is it just a group venting all to fulfil the hubris of the UIC leader?

Organising is hard work, it is not fun, but the results are there — tangible and real. Jamaica LANDS, a relatively new political organisation, shows us, even in its infancy, what organising means and what it can achieve. The group made submissions to Parliament on the Sexual Harassment Bill.  The ideas came from the group’s members and that in itself was a process of weeks, as many meetings were had with information shared in a horizontal and vertical fashion, so all areas knew what was being discussed and the views of members.

Weeks of meetings, haranguing members to submit suggestions, ideas or questions, days drafting a document to submit, hours in Parliament making the submission and listening to others, months of waiting to see what would be achieved, all culminating in LANDS, a small (in comparison to the JLP, PNP and other organisations) group consisting of millennials having their opinions heard and acted on.

Now, despite me being a person who is about to be fully vaccinated and who understands the need to have a large portion of the population vaccinated, I don’t think not engaging with those who are sceptical about the vaccine, or even forcing them to take it is the right thing — education is always the answer. But that is for another day. Their fears may be overblown, but they are real.  They are their fears and they are not being listened to because as opposed to organising people, they just wish to show up for the event.

The rich are organised, the politicians are organised, the gangs are organised, what of the average person who is not a union member? No organisation means no power, no power means no change for your benefit as those in power have never and will never give away anything to weak individuals or a disorganised group. Divide and conquer will be the order of the day.

We want politicians who respect us enough to apply rules to themselves that they apply to us normal folks (such as resigning from Parliament as well as Cabinet and reporting to the police forthwith).  Then we need to organise groups which can put real threats to them (such as not voting for them, etc).

This goes for everything, if you want new politicians then organise and offer them up. If you want more redistribution then organise to demand it and then agitate. Nothing else will suffice.  We either organise or get nothing done, organise or never be heard, organise or always be the plaything. Hard facts, but facts nonetheless.