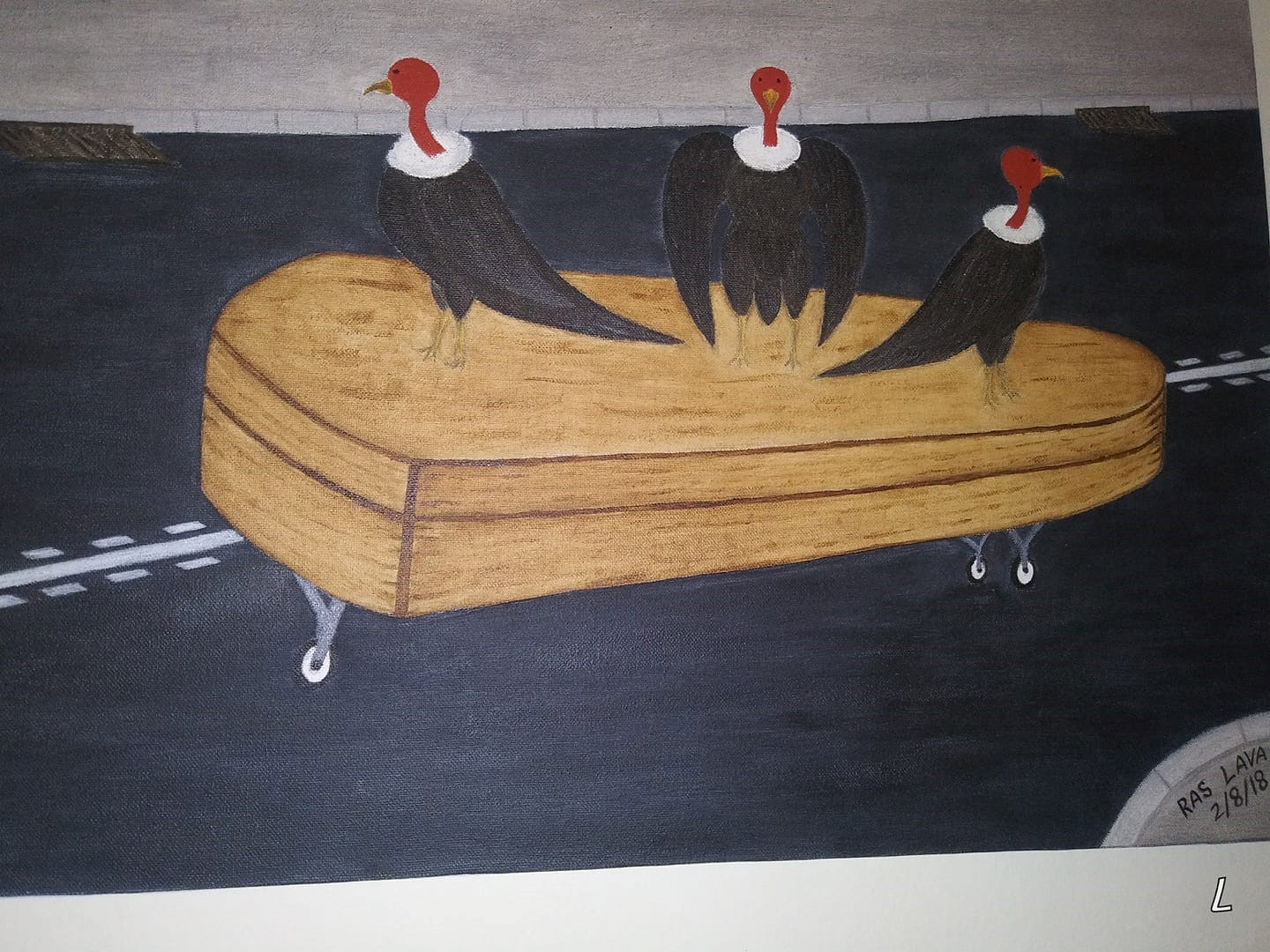 I have really heard some convincing ghost stories in my time, but despite growing up scared as hell that I will one day run into one, I still remain unconvinced that ghosts exist.

Some of my fellow Jamaicans have the greatest imagination in the world, and the most convincing story tellers have no hesitation in insisting that it’s their personal experiences, even when the same story had been around for decades!

Now, why as a mature adult would I be addressing the issue of ghost stories you may very well ask.  So, I’ll tell you.

The fact is, I recently visited the Institute of Jamaica and was confronted by a reminder of one of the most intriguing ghost stories ever spread in my wonderful country.

For those not familiar with that invaluable institution, let me inform you that this East Street-based organization, is Jamaica’s foremost repository of all information about our country.

This is a place I physically visited for decades, long before Google was heard of. For there is no question relating to Jamaica’s literature, history, culture etc that you can’t find answers to there.

And if you can’t find what you want in the documents, the long-standing head, Mr. Vivian Crawford who I only recently had the honour of meeting, but whose writings I have learnt so much from over the years, is a one-man encyclopedia!

So, what at the Institute, you may very well ask, could have inspired this topic? — A picture, which is prominently displayed in the foyer.

It brought back memories of Jamaica’s greatest duppy story ever.

This was the tale of a mysterious Mr. Brown who three crows carrying a coffin were flying around and looking for!

This was in early 1970 and believe me, that ghost story not only caused national excitement but drew overseas interest as well.

I was living in Canada at the time, but got such arresting information about their appearance all over the island, that it is firmly etched in my memory even today.

Even the late great Bob Marley got caught up in the excitement, for he dropped the tune written by Glen Adams called “Where is Mr. Brown.”

(Well, he be found) In the coffin, where there is three crows on top and two is laughing

What a botheration! Ooh, now, now

Who is Mr. Brown? I wanna know now

He is nowhere to be found

From Mandeville to Slygoville, coffin runnin’ around

From Mandeville to Slygoville, coffin runnin’ around

Is Mr. Brown controlled by remote?

It was a most amazing period, for a simple rumour that the coffin was seen or expected in a town or village would cause people from near or far to drop what they were doing to converge on a venue in anticipation of seeing the ghostly figures!

Stories  of the sightings and all the excitement lasted for months.

This was even aided and abetted by one publication which, on occasion, would come out with announcements about where the crows would be appearing.

Not to be left out, some individuals would add their personal spin. I was especially amused when it was reported that someone described as being in the car racing business, was reported as being passed by the coffin and the crows while driving his Jaguar at top speed along the Ferry Road! (At that time, this was the straightest and smoothest road in the island!)

Yes, I guess we have all heard scary or imaginative ghost stories during our lifetime, but I am prepared to bet that nowhere in the world will you find a story that could equal or surpass that of the crows with the coffin flying around and asking for Mr. Brown.

Whoever came up with that story had/has an imagination equal to none other! Since no one knows who started that rumour, we will never know what happened to that person. But I hope he/she became a great author, movie director or playwright and did not simply bury that talent.

For that story came from an unparalleled imagination!