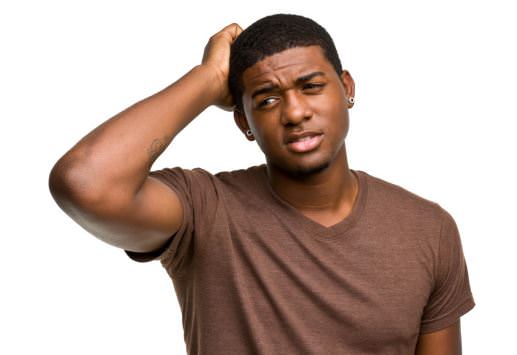 Jamaica’s COVID-19 vaccination take-up remains at a shockingly low level.  Many reasons are behind it but the primary two which have been highlighted since the first vaccine became available are low supplies of vaccines and secondly that there is a large portion of the country which is hesitant or reluctant to be vaccinated.

We are surrounded by people who, understandably coming from a place of fear, berate those who refuse to be vaccinated, calling them idiots, and we live with people who lay the blame for our lack of vaccines squarely on the feet of the big rich nations.  While I get where they are coming from they are missing the woods by focusing on the trees and not, at least in my eyes, asking the correct questions.

Question one, why is there such a high rate of hesitancy in the nation? Why is it that after seeing hundreds of our citizens, friends and family members succumb to this virus do so many people still refuse or hem and haw about being vaccinated? The easy answer is that they are idiots, but that then must be ruled out after further thought when we see highly intelligent people (even in the medical field) refusing to be vaccinated.

Another easy answer is that they have all been ‘red pilled’, a phrase which means that they have read one too many conspiracy theories and are now akin to Qanon supporters. This also must be discounted by and large when we realise that a lot of those who refuse to be vaccinated locally aren’t doing so because of Qanon but because of very real instances such as what happened in Pakistan or Nigeria or Tuskegee.

Another easy reach is to just say the lot of them are anti-vaxers, and while that holds more water it also falls apart when we see that the majority who are opposed had no issue with their children getting MMR shots to go to school. So why the hesitancy, why the reluctance on the part of the populace to be vaccinated?

Question two, why are we only able to access such a paltry amount of the vaccines almost a year since the COVAX facility was started and vaccines began being distributed? The easy answer is to say that the rich countries have hoarded them, the manufacturers doing what private companies always do —  prioritised bulk purchases (read rich countries) leaving other nations to suffer while rich countries maintain an onerous monopoly on the vaccine patents, meaning that poorer countries cannot manufacture them.

This, while answering some of the questions, falls apart when we see countries such as St Vincent, Guyana, and Venezuela light years ahead of us as it relates to vaccine rollouts even though their situation isn’t much better than ours (being members of the COVAX facility). So why are we having issues in accessing this vaccine or vaccines which we acknowledge we need?

A primary driving factor behind the low vaccination rate is the total distrust of the state and the powerful entities surrounding it and providing it with leaders. This is the leading reason that so few people are taking up the vaccine and would even explain why we have so many people who are hesitant for a long time before they get vaccinated. Why do I say that this is the primary factor, after all, haven’t people for aeons despised politicians and distrusted them?

Yes, they have.  Many tomes could be written about the people’s historical distrust and hatred of politicians, we see that from the 40s to the present. The difference between then and now is that leaders had real power to implement changes, and even if you didn’t trust them, you could see tangible changes being made. A case in point being Seaga and Tivoli — the GOJ had the real power to drive out people from Back-O-Wall and to build a low-income housing community. Dislike and distrust remain, but we see the power and the tangible change, so a reluctant acceptance is formed, and credit built up (in either side of the ledger) for the next promise made.

The same goes for the Manley experiment; it was allowed to happen despite the distrust and hatred towards politicians because the government had real power to do things and the results were tangible (think NHT, Equal Pay Act, etc).

The politicians of today are not the same as the politicians of the old days, and it is not simply because of ‘generational changes’ or differing educational standards, it is because they have no power, no real power to implement changes and as a result get no buy in from the people. This diminishment of power has happened for many reasons, but it can, in the end, be boiled down to the rise of neo-liberalism which has seen the state recede into the background while private enterprise has been empowered (seen in the odious tax breaks companies get while pay remains stagnant, or the fact that most economic policy is now written by members of the private sector or the IMF rather than local politicians).

Since 1989 we have been promised many grand things by our leaders.  Each has failed to deliver on their respective promises, and we are now surprised that no one listens to them? Our leaders need to seek permission like a child before they engage in anything relating to spending money on the people. Why, then, would anyone take them seriously? That lack of power and inability to do anything of note is a big reason that people do buy the conspiracy theory that this is from ‘big brother’ because quite frankly the state has shown it has no power to enact any policy or measure of note so why the shock?

We are shocked that people will not listen to the political class, but have we already forgotten that the people are not even moved by money anymore with droves either refusing the monies offered at election time or taking it and not doing the work of voting for them?

We are in disbelief that our industrialists aren’t listened to, but why? Have we already forgotten the economic shambles they themselves have presided over and wallow in like a pig in mud? Which sane person would believe these people with no power and a record of no activity for the greater good when they say we need to do this?

The reasons we have so few vaccines is again the same reason so few people are willing to be vaccinated, namely that the state is powerless and has no ability to impact people’s lives without permission. Cuba has 5 vaccines, Russia has 3, China has 2,  yet we have done nothing to reach out to these countries to get these vaccines we claim we need to have our people take for their safety because we are terrified of angering the US. We are using the lame excuse that Cuba’s vaccine has not been approved by the Western dominated WHO when the GOJ knows full well that we, as an independent country, can disregard that recommendation and use the Cuban vaccines. Both the Chinese and Russian vaccines have been approved, are cheaper and are better suited for storage in countries like ours, but we refuse to even broach the topic because the GOJ has ceded all power to foreign parties under this long neo-liberal deal.

People are told that this virus is one we should all be worried about, I agree. We are also told that we must take extraordinary precautions for a once a century pandemic, again I agree. Still we see a Government and Opposition that refuse to look beyond the COVAX facility, a mechanism which, to this point, has been unable to meet the needs of the majority of the world’s people despite the big talk by the UN and western nations.

We vocally complain about the few doses we have received while doing nothing to access vaccines against this deadly virus which are readily available and cheaper. I am an outlier in thinking that this is an urgent pandemic needing to be tackled because the logical (and majority) thought — based solely on the inaction of the government, opposition, medical practitioners, and civil society — is that it can’t be that serious if they aren’t pulling out all the stops to get the vaccines.

It makes no sense shaming the vaccine hesitant or anti-vaxxers. All we can do is educate and make available the vaccine to those who want it and have enough for those who haven’t taken it yet. The first part is easy: get rid of the politicians, clergy, and businesspeople no one trusts and bring in the DJs, athletes and so forth who the people will give the time of day.

Being frank about it, even roping in the dons into this drive would be more impactful than asking those who have no power and are hated to influence the people to take this shot. The educational aspect, something which should have been dealt with ages ago, will be easy after all; the athletes and DJs who make money abroad have to be vaccinated to travel, they are ideal poster children, especially with a populace which has become enamoured with individual wealth and aspiration as opposed to collective growth (another product of the neoliberal era).

Availability of the vaccine at a scale which allows large numbers of people to be inoculated is key and COVAX showing itself to be unfit for the task means this is where boldness and independence on the political front will come into play. With fourth and fifth waves expected and with new variants also expected we are now seeing where there are having discussions about vaccinating people yearly, like we do with the flu (like those in Canada, UK, US or in government work).

Getting people to regain trust in the state is an entirely different matter and is one which will require courage not only from politicians, but from our industrial and judicial classes. This will require a break from the neo-liberal agenda which we have been following and put power back in the hands of the state, allowing it to make the grand and bold decisions. It means an industrial class attuned to the wants and needs of the domestic consumer as they, the industrialists, seek to build capital and actually become a proper bourgeoisie, and a judicial class which is not afraid to have a protectionist bend and strike out international treaties which hamper national development.

The low vaccination rate and the hard time we are having in accessing vaccines are, in the end, symptoms of the same disease afflicting the nation, this is highlighted in the less than 50% turnout at the last election.

Unless and until people feel that the state can and will take bold life-changing decisions that they will follow through — whether the individual likes them or not matters little — they will pay it no attention, unless and until our political and powerful civil class take up the responsibility which they abdicated once they accepted the neo-liberal agenda. The majority of Jamaican citizens will rightly view with suspicion any government initiative, saying to themselves ‘why you can act for this and not other things’ or ‘you take orders from foreign agencies’.

Until the state, which so readily gave up power to outside actors, takes it back and shows to its people that it can think and act independently, we will always be in this situation where not only trust in the state is non-existent (this has always been the case) but where no one listens to it and anarchy is the order of the day.