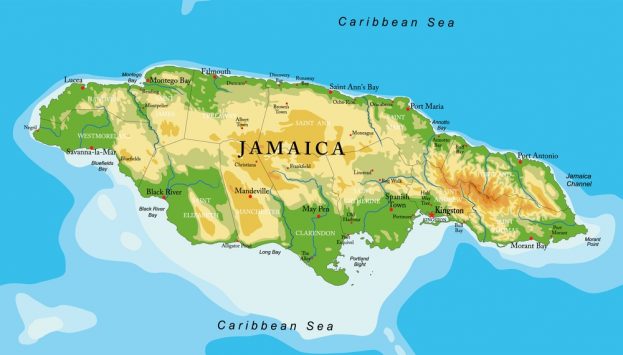 Sometimes important facts are forgotten due to failing memories; no memories having not been aware in the first instance; not being born; not reading; or being victims of our discontinuation of our great oral traditions. The sad outcome has been the omission of valuable information that is so crucial for informed analysis that has not been written down, covered up, or told as stories.

Many forgotten facts may be of little value, while others contain the vital elements necessary for arriving at informed solutions and policies. The current situation requires that we examine the reaction of our Jamaican economy to external stimuli and shocks, and COVID-19 is no exception,

So let me weave a story that goes back 100 years or more.

Following the aftermath of the Abolition of Slavery and the Apprenticeship period, it became clear that labour was necessary to prop up an economy whose mainstay was growing sugarcane as the base for sugar exports and rum. When the former enslaved people rejected this system and moved to free villages it became necessary to import labour from China and India.

To cut a long history short, the Indian population remained in agriculture and all its hardships, and the Chinese went into commerce in the city, and rural townships via wholesale and retail establishments. A system of barter developed and enabled families to have more than one income, and facilitated households working together for a common goal and this proved more beneficial than the phenomena of multiple unsupported offspring of the Village Ram. The Mighty Sparrow sang: “it’s me the Village Ram and I don’t give a damn”. The latter killed economic progress at the small and micro levels.

The great accounting tool in Rural communities was the “grocery book” that was the precursor to what the young people of today call credit cards. It was a simple record of the transactions between the grocery owner; the citizen; and the Commodity Boards; through the mutual recognition of voucher payments as real value, from the individual right through the chain to the formal banking system. It was a cashless society thereby encouraging savings, agricultural input financing, household expense control, multiple jobs, and a stable social life inclusive of primary education.

The system therefore delivered an open-ended reward system to individuals for goods produced, and with the only cash usage being the final merchants’ lodgments to commercial banks who recognized the vouchers of the Industry Boards as valid tender. It was a system based on trust rather than a legal or regulatory framework; and it worked. The only rural need for cash revolved around liquor and cigarettes.

The demise of this system had social consequences as it introduced currency with a value that was controlled by a third party viz., The Bank of Jamaica via the much criticized commercial banking practices. Large numbers of persons were put in charge as auditors (read watchmen) to catch the breaches that would not have been previously scrutinized under the “grocery book economy”.

Let me fast forward to the present unproductive world of Internal Audit; External Audit; Regulatory Compliance; Know Your Customer Rules that are poorly designed and costly to monitor, and which add expense but no commensurate value. When most companies are making super profits there is little complaint, but when the norm changes as with oil crises, natural disasters, epidemics, reduction of grants and loans, then uptown cries for private sector aid from a broke government are heard as they pass by in their planes, helicopters, and luxury vehicles. Then they threaten layoffs.

However I wish to suggest that again the small people will rise and innovate to protect their own circumstances as they have done in previous times of crisis. The BOJ would have brought minimal benefits to the former barter economy except at the commercial bank level, somehow endorsing their desired commanding role as “king of the Jungle”.

Against this background in the mid- 1970s the GOJ sought to impose currency restrictions firstly as they felt that they had to control and ration foreign currency; and secondly as a way to rise to the control of “the commanding heights of the economy”. The reaction was a resounding no from the people and a disdain, even hatred of the “Gestapo style” Financial Intelligence Unit (FIU). The outcome was a re-development of the barter economy (this time however it was expanded to ganja and later cocaine). Today that also includes arms and ammunition.

Stage One had planes bringing US cash that was handed over when the plane landed on small official runways, however the monitoring by Security Forces led to their swift closure, and transport planes then landed on roads. This was trackable as there were few other known legitimate sources of US dollars.

Stage Two involved the exchange of money through 3rd parties carrying Jamaican dollars to the USA to be given to pilots to fulfill the local demands of growers/ exporters to be paid in our Jamaican currency. With the exception of a few high-profile cases of persons being arrested in Florida with suitcases of J$, Stage two further reduced the visibility and traceability of the underground economy.

Stage Three involved “commission agents” who accepted Jamaican dollars locally and made a phone connection to say everything was alright and the US agent of the local persons were given the equivalent US dollars overseas. Therefore no money travelled and this was like a wire transfer outside of the system (Jamaican style crypto currency in the 1970’s). This further concealed the transactions, and also confused the FIU and the informal economy finally slipped below any radar just like a Stealth bomber remaining invisible and untraceable.

The result of those increasingly clever innovations kept the BOJ and the FIU in the dark while feeding many sections of the society who were seemingly unemployed but still paying their bills. Therefore in stages 1-3 the Government lost control of the dollar, the underground economy flourished, and the size has never been accurately measured. Some contend that the two economies are around 50:50, so planning and execution starts without the knowledge of accurate statistics.

Today, through more semi or illegal means, the situation since COVID-19 has taken a similar turn. There are no obviously visible situations of starving thousands; no new malnourished children and adults; several indicative essential revenue sectors are up; no real increase in bad debts; and even in the face of increasing unemployment. “Tun yu han mek fashion” seems to be the order of the day and the consolidated family incomes, home cooking and less discretionary spending has kicked in and new income sources that used to hobbies flourish.

The noticeable increase in export drug interdiction may just be a tip of an iceberg that could be keeping Jamaica afloat with or without Government’s intervention. Watching Cambio operations, remittance flows, bank accounts will be as useless as the FIU was. New informal activities like scamming that were not invented in the 1970’s have steadily morphed into the opaque segments of the economy.

Monitoring measures such as Due Diligence; Know your Customer; Customer Profiling; and other international irrelevant hand me downs, are ineffective and misaligned, and only serve to drive costs and training budgets higher with each new iteration. They do not capture two men in a boat at sea, a plane landing in a pasture, each moving 1000kg of ganja.

The rise in shootings with newer and more powerful weapons suggests that the drug for guns trade continues at an alarming rate providing increasingly younger men with an alternative livelihood. So here we have an emerging Stage 4 that is not accounted for in the PIOJ, STATIN, or the BOJ base numbers.

The abundant threats of sanctions from the Developed World, and the misdirected edicts of regulatory bodies that do not put their boots on the ground are numerous. They issue crap from their relative safety of Washington; London; Brussels; and Geneva to us, their willing and sheepish subjects, and expect compliance.

“The sheep thinks the shepherd is its protector until he eats him.”