Is Millennial Socialism On The Agenda In Jamaica? 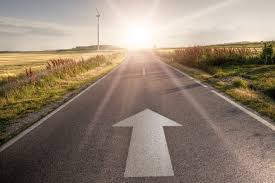 As we await, with great expectation, the campaign thrust in the soon-to-be called general elections, the Opposition PNP has defined the remit of its campaign around the philosophy of democratic socialism. The JLP, long known to be a party of the right, and which subscribes to the enduring principles of capitalism, has so far not built its platform on any ideological posturing. Its campaign seems set on its achievements.

The days of the Cold War, in which the ideological divide between socialism and capitalism were very stark, are long behind us, but there is evidence that socialism is on the rise. Globalisation/capitalism has virtually dominated the social and economic space for roughly four decades, but not without rising tensions, demonstrations and political protests for the better part of that period. Civil protests in Europe, Asia, Africa, the Middle East and South America are expected to rise more dramatically during the next two years, according to a recent UK study, as fear mounts that the world is slipping back into a recession for the first time since 2008, and there are increasing demands for better employment opportunities, education, healthcare and other social services.

One global strategist at ADM Investor Services, a leading futures brokerage firm, analysed the protests as the tipping point to “long-standing complaints about inequality, corruption and oppression, variations on the broader themes of populism and anti-globalisation.” And according to the IMF, a global downturn could severely affect corporate earnings leading to rising job losses and further unrests.

Jamaica remains largely immune from these protests although the IMF has constantly warned that our failure to achieve a more equitable distribution of the gains from the MEFP programme, could jeopardise the positive economic indicators thus achieved so far. In other words, we could be witness to a rise in social protests among certain classes of the Jamaican population.

It is for this reason that the country’s resilience to the vicissitudes in the global ecosystem is a matter that should remain at the top of our agenda. What preparatory steps we should take in anticipation of a global downturn must now be preoccupying the minds of our political directorates and leading technocrats.

The experience of 2007/2008 should serve as an important lesson. The bottom line is that global changes are occurring at a much faster rate than we can anticipate, and the dramatic shifts are likely to bring about the kind of negative effects if we remain unaware of the underlying issues taking place in today’s world.

Those underlying issues are by no means new; they have long been presented with great confidence in a familiar but potent register of time-honoured truth: the Magna Carta, the American Declaration of Independence, the French Revolution, the Haitian Revolution, the Philadelphia Declaration and the Communist Manifesto.

Back home, those underlying issues were given expressions through the 1938 labour uprising, the start of the progressive movement, and the principles and objectives of the Michael Manley-led PNP.

These were the issues captured in Gavin Jacobson’s article in the June 2019 edition of the New Statesman, about the rise of millennial socialism, and the “intellectual rehabilitation of Marx” ever since the financial crisis of 2008. Global capitalism largely threatens cultural norms, social behaviours, religious beliefs and economic freedom moreso in developing countries like Jamaica.

Thomas Friedman, in his book The Lexus and the Olive Tree, proffers the choice that countries have to make in a globally competitive world. The choice of prosperity may very well mean that a people have to forgo cultural sensibilities, religious beliefs and economic freedom, the way they know it. The rest of the developed world already feels threatened by this, hence the widespread protests across the continents.

The growing interest in socialism and left-wing political theory has arisen precisely because of the crisis of capitalism. Here is a direct link between causation and correlation. The socialist ideas have also seen the rise of the new media across the United States and London: The Endnotes, The New Inquiry, Salvage and Dissent. The democratic socialist Bernie Sanders remains a front-runner in the Democratic Party’s run-off for the 2020 US presidential elections.

In a 2019 poll in the US, 70% of the millennial respondents were sympathetic towards socialism and would be prepared to vote for a socialist candidate. A Gallup poll showed similar results, with young adults having a positive rating of socialism while the overall opinion of capitalism has shown to be declining since 2010.

Like everything else in an era of post-modernism, the word ‘socialism’ no longer carries the symbol of a mystified ghost of an ancient past. It is no longer axiomatic on America’s young population that socialism will result in death and destruction. In fact, during the demonstrations against globalisation at the turn of the century, one placard boldly declared that ‘Capitalism Kills’. It is certainly an argument gaining much currency in the last decade or so that capitalism is responsible for millions of deaths that occurred in the brutal wars in Vietnam and Cambodia, the thousands of lives lost in the totalitarian regimes in Latin and Central America, and if we were to go back a century or two, the millions of African lives lost as a result of the slave trade.

The notion of what is ‘right’ has long been determined by the dominant class where the prevailing ideas are expressed to justify their position and presented to us as universal truths and as serving the general public interest. This has always been the battle between capitalism and socialism to provide “thinkers” who are seen as subject-matter experts to actively develop and promote those values and messages. The support for these ideas are generally expressed through the media.

In the past we have sought to represent the philosophical foundations of what is right and what is wrong in the often framed perspectives of rationality versus irrationality, based on science and reasoning, as against authority or faith. The concept of ‘democratic socialism’ has always been seen as part of the noble traditions of ‘civic conscientiousness’ and argued as synonymous with Christian values by its proponents. But the traditional, mainstream and normative belief systems in Western societies have forever relegated socialism to the scrap heap of human suffering and degradation.

But we have seen changing times and attitudes, representing as stark a contradiction of a volatile world as we have seen in the Cold War period. The explosion of avenues of expressions through social media have seriously blunted the influence of the traditional media to carry the message of the ruling ideology as gospel.

True to history and its consequences, the rise of an empowered group from below, and the narrative associated with countering the intrinsic injustice that inheres in capitalism/globalisation, have changed the narrative and led millennials to (re)define concepts and traditional views for themselves.

In view of this, what therefore one might ask are the thought processes of Jamaica’s millennials? How do they see democratic socialism, or are they more concerned with the impact of policies on their everyday lives?  What hope can the PNP offer in its refashioned brand of democratic socialism? And how will the achievements of the Andrew Holness-led Administration be viewed against the JLP’s possibilities and the PNP’s promises?

What is clear is that global capitalism is in a crisis, and Jamaica’s place in it remains highly vulnerable. The warning signs are evident in the wide income disparity, and the growing concerns about distributive justice.

Therefore, as we prepare to exercise our hard-won rights — cradled in the underlying issues of the 1938 labour uprising — to decide which of the two political parties shall govern our affairs for another five years, the millennials will no doubt, through the election campaign and party manifestoes, seize on the opportunity to ultimately decide for whom the bell tolls, or whether the trumpet should indeed be sounded for our countrymen all.