Don’t Be Fooled When Some Nations Talk About Human Rights 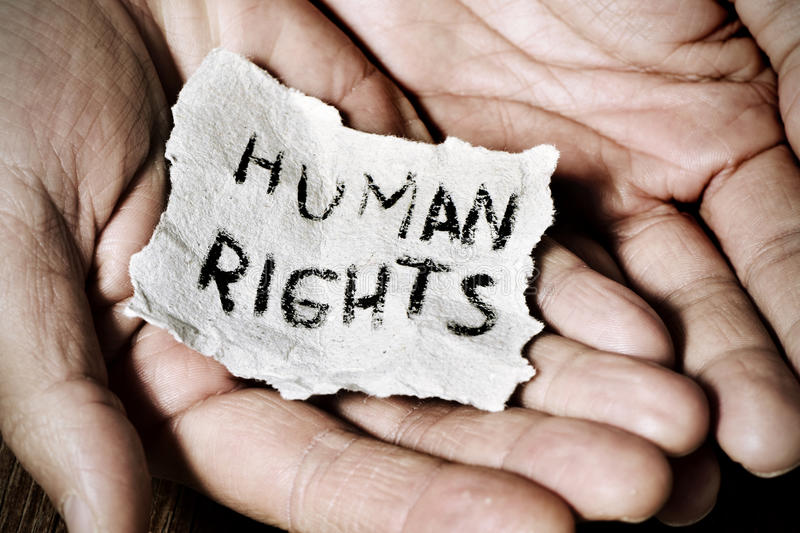 Recently, former Prime Minister Bruce Golding came out in an article with full-throated denunciations of the human rights situations in both China and Cuba. In the article he hedges his bets by stating that China is the economic powerhouse the world wants to do deals with and that Cuba has been living under sanctions for over 60 years, but in the end, he goes back to his main point of saying that communism, it seems, can’t operate without abusing human rights and that these matters must be addressed by the respective countries and others.

The United States (US), United Kingdom (UK), Canada, Australia and parts of the European Union have all, in recent years, come out to condemn either China, Cuba or both at various times for ‘human rights’ violations in continuation of the psychological operation to have people believe that China and Cuba are the world’s greatest human rights abusers who need to be dealt with or, at the very least, embarrassed.

Now, I’ll be the first to admit China and Cuba are not perfect, but show me a country that is, and if you can I have no doubt that that country’s government will admit its shortcomings and has implemented policies — with results — to remedy these shortcomings. However, a lack of perfection does not mean ‘abusing human rights’, and more importantly we need to be asking ourselves what do they mean by human rights?

China has lifted half a billion people out of poverty and ended extreme poverty, while in the US the poverty rate is currently being broken. In Cuba, homelessness is not only unheard of, the concept literally makes no sense to them. In the UK rates of rough sleeping have been broken yet again.

Evegrande, China’s largest financial group, is going through bankruptcy, sending shockwaves through the world economy. The Chinese Government has said that those who have bought houses will remain in those houses, a marked difference to the response of the US to their economic crisis which saw home ownership plummet as the Government looked out for the bankers as opposed to the people.

If we are honest with ourselves and step away from the propaganda, we will accept that China and Cuba, to varying degrees, have all of those things that make up ‘human rights’. Again, if we are being honest with ourselves, in some areas viewed as critical human rights the Chinese and Cubans have put the rest of the world to shame, lifting millions out of poverty, a first-class education system, full employment, and so on.

There is even freedom of speech in those countries (that may come as a shock to some) and even open and vocal opposition to the governing parties — again, something that may come as a total shock to people who know nothing about these issues. What there isn’t and will not be is the freedom of some people to overthrow the governments in order to replace them with governments more amenable to the US and her imperial allies who have, for over 70 years, been licking their lips waiting for the day that the CCP and CPC lose power and the respective countries return to their orbit in a neo-colonial fashion.

At the end of the day when we see certain people speak of human rights, what they really mean is the rights of capital to exploit man. These people have no interest in human rights, even the liberal wishy-washy sort. One only has to look at those countries to understand and appreciate that they have no leg to stand on when it comes to condemning others for supposed human rights breaches.

For God’s sake, the US just went through a rebellion where its black population protested against the systemic human rights abuses they have suffered since emancipation. France pre-COVID had the yellow vest movement where police shot people’s eyes out with rubber bullets, and the UK wants to implement the Spy Cops Bill that would allow police and spies to murder, rape and steal while undercover (something which has already affected the environmental movement).

These are the nations speaking about human rights. One country is slowly rolling back the gains made by the LGBTI community and decimating the victories of women while the other uplifts women and is actively promoting LGBTI issues. One nation is embracing and uplifting its Islamic citizens, even affording them an autonomous region bustling with State-led investment and economic activity, while those who preach human rights lock Muslims up in offshore penal colonies to be tortured or entrap them through spurious plots crafted by the FBI.

These nations that are so concerned about human rights in lands far afield maybe should look at their allies such as Saudi Arabia and the United Arab Emirates, two nations with no human rights in any sense of the word, or possibly even Ukraine, a nation that accommodates neo-fascists.

All of this, at the end of the day, is just another salvo in the new cold war aimed at the remaining communist states and other nations refusing to enter the US imperial orbit. Their talk of human rights is, I repeat, a lie and a cover for their real motive which is to have international capital come in and have free reign in their countries, to do to them what they did to the former Eastern Bloc countries who saw their industries privatized and decimated, and their standard of living plummeting to a level not seen since the immediate post-WW II days.

Don’t be fooled by the propaganda, and ask yourself at the end of the day, would you rather live in a country that routinely exploits you, spies on you, abuses you if you are a minority, and then deports you first chance they get, or live in a country where you may be spied on — if you are involved in subversive activities — but be guaranteed all your needs being met?

If we asked 100 Jamaicans today if they would rather live in Cuba or China or remain in Jamaica, I’m sure the majority would opt to leave.

If we are really worried about human rights abuses we must look to the US and its allies who are the biggest abusers, not just in their countries but around the globe. The second Iraq war, the Syrian war, the Libyan war, the Yemeni war, the coup in Bolivia, and so on, these are the actions we must be training our eyes on if we are truly worried about the state of international human rights. The Spy Cops Bill in the UK, the US NDAA 2012 which allows for the suspension of habeas corpus, and okays the indefinite detention of US citizens without charge tell us all we need to know about how these nations and their leaders truly feel about human rights.