Bank Of Jamaica Sailing Against The Currents 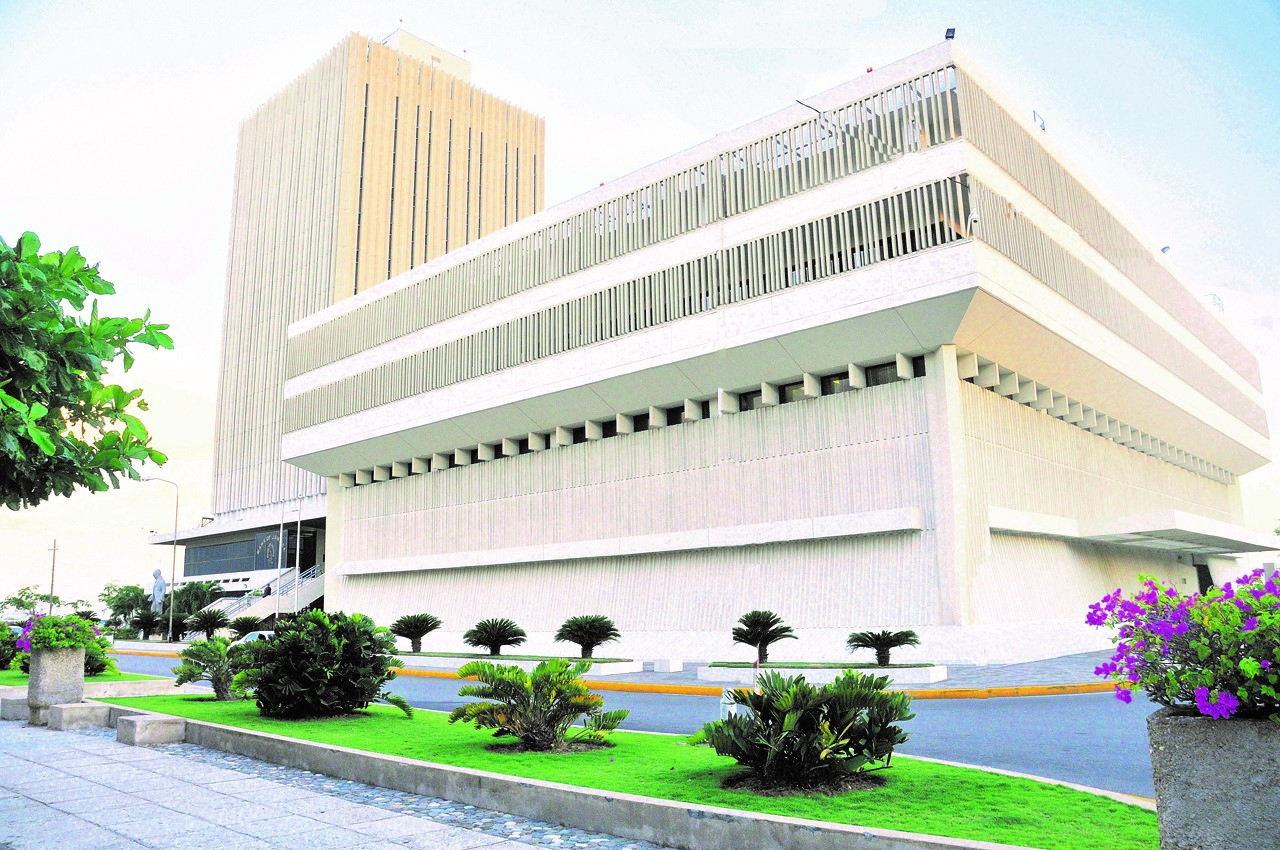 I have never been a fan of the Washington view that the central bank must be totally decoupled from the Government. The underlying rationale that there should be some entity to curb government’s “excesses and temptation to put politics before common sense economics” is indeed a compelling one. However, the orthodoxy of an independent central bank could be convincing if central banks, like the Bank of Jamaica (BOJ), were truly independent.

How can they be ‘independent’ when there is the overarching oversight of the International Monetary Fund (IMF) and the moral suasion of other associated agencies, like the World Bank, international rating agencies and the US State Department among others?

The fact is the bank’s governor attends meetings of other central bank governors periodically and its senior executives are constant participants in seminars and round tables on a regular basis.

This assertion of BOJ’s “independence”, is like Jamaica’s independence where the cancellation of the prime minister’s US visa is more traumatic than a diagnosis that he has cancer.

Hard to write to the wider audience

Writing a piece like this one always poses a challenge. Firstly, the people who you wish to read it are those most impacted by its content — the ordinary Jamaican.  Unfortunately, the ordinary man finds what is in it a little above his head. On the hand, those who will understand it may find reasons to oppose it because it addresses topics which may cause some discomfort.  Nonetheless, in the tradition of the late professors Alfred Francis and Compton Bourne, we must continue to have these discourse and debates for the greater good.

Inflation and the Exchange rates

The central bank of Jamaica has pronounced that one of its major, if not its main, role is the management of the inflation rate. In light of a universal doctrine of liberalization and free markets it appears that keeping banks and the financial system from collapsing has been relegated to second place. However, I do maintain that managing inflation is an extremely important role for the central bank and its efforts to keep it in check are vital.

Where I have some difficulty is the underlying premise that drives the BOJ’s policy in tackling inflation. As economists we all know that inflation can be a pure market phenomenon. That is, the excess of demand in the context of a disproportionate imbalance in output. It is also true that inflation can be a structural dynamic. That is, the production and distribution systems are largely “imperfect” or uncompetitive and so general price levels can rise unabated.  Why is this distinction important?

Well, it is important because the use of monetary policy has different impact on them and, by extension, the overall policy success. In economics, ‘money is the root of all spending’ and the fuel that keeps an economy in motion. Monetary policy is a blunt policy tool because it impacts everything either immediately or eventually.

Therefore, the Bank of Jamaica response to the current inflation rate of 8%, is to increase base interest rates. Now, before I outline the BOJ’s logic for using this policy tool, I must remind everyone of the observation of the former Central Bank Governor Brian Wynter. He was frustrated that commercial banks’ and market interest rates did not adjust (immediately) to changes in BOJ’s base interest rate. In his case, the BOJ was lowering rates, but the banks were not doing the same with lending rates. What this indicates is that the banking system is not highly competitive. NCB and ScotiaBank collectively make up such a disproportionately large amount of the commercial banking sector that adjusting BOJ’s base interest rates is not extremely effective. Also, BOJ’s base rates are needed when financial institutions borrow from the BOJ or as payments for monies being held at the BOJ.

Currently, most financial institutions are liquid (they may not need to borrow from the BOJ).  Moreover, banking fees are so lucrative that returns on monies being held at BOJ is insignificant.

Therefore, the new 2.5% increase by the BOJ most likely will not have any short-term effect on the banks’ interest rates; other than to make the banks richer. Banks will just raise lending but not savings rates. More importantly, the BOJ’s interest rate policy, ironically, may have the effect of further fuelling the inflation which it is supposed to control.

The reader may wonder why this is possible. The answers lie in what is the real cause for the persistent rise in prices. Recall that there are basically two broad bases for the inflation. My view is that the root of the inflation is largely structural and eventually works itself in the transaction mechanisms in the Jamaican economy. On the producer side of the price increases is the cost of imports and the associated costs of shipping, distribution, fuel, electricity and raw material (excluding wages and salaries).

Constricting or reducing short to medium term money supply will not fundamentally curb the inflation. It would be good if BOJ could commission an independent study of the import price mechanism and the resulting inflation impact. The producer price index (that is measuring increase faced by businesses) may not be sufficient to capture this impact, especially in the context of the ongoing pandemic.

On the consumer side of domestic demand, increase in wages and salaries have not grown sufficiently over the last 32 months to have caused an appreciable rise in money supply. Granted, the annual rise in remittances and the rise in the exchange rate may have collectively offset the fall in productive wages. Here again, the BOJ should indicate what is the overall net impact on the money supply.

Notwithstanding, as the governor has rightly pointed out, real disposable income and savings interest rates have been negative, and this (all things remain constant) have damped consumer demand. Also, respectfully the Consumer Price Indices bear no reality with the continuous butchering of household purchasing power.

Also, the Ministry of Finance is behind in its overall tax projection, which is an indication that the economy is not rosy. In spite of the rising prices, the GCT inflows are not apparently enough to offset the shortfall in other areas of the Government’s inflows.

So, is monetary policy the correct tool at this time? Well, the answer may be that the BOJ is caught between “Iraq (not a rock) and a hard place”. The BOJ faces two dragons at once; a rising exchange rate and an unbridled inflation rate. It appears that it wants to slay both dragons at once, so it is employing an interest rate increase to do this.

My response; the medium term prospects for the exchange rate is that it will be higher due to external forces beyond the BOJ’s control. These include higher import prices.  Any effort to curb this demand by increasing interest rates will start contracting the economy, which may prove counter-logical. More importantly, it will not stop import prices from increasing.

The exchange rate depreciation is fundamentally the result of the economy’s inability to generate foreign exchange (slow tourism, negative international trade balance, etc.)  to match demand. Also, the Government’s unwillingness (or contractual constraints) to impose fiscal measures to dampen imports. Either way, starving the economy of credit may be likened to asking someone to hold their breath to prevent them from smelling something unpleasant. Eventually, it is foolhardy.

If the BOJ should do something in this regard, it should use moral suasion and ask the lending institutions to make car loans less attractive and provide principal and interest moratoriums for business that import raw materials. Yes, the governor can do that and he doesn’t have to tell us at the next press conference.

There are more leaflets and flyers in lending institutions to tell people to borrow money to buy Brazilian hair (my exaggeration) and have a shopping spree, rather than “try a little business”. The balance is really to keep the economy internally sustainable as the external factors are “exogenously autonomous”.  Jamaicans would say “We cyaan do nutten bout dem.”

Liquidity and the real culprit

We understand that the BOJ is tasked to ‘manage inflation’ and its most effective tool is to ensure that the Jamaican economy is not awash with money that would make prices skyrocket and the exchange rate gallop like Usain Bolt.  However, one of the causes of the liquidity is the Government which intends to finance the economy without increasing taxes and use BOJ profits as one of the sources of funding. The million dollar question is how does the BOJ generate profit if it doesn’t make or sell anything?

I maintain that this is ‘high-powered’ money and it is a major source of the money supply. In addition, the money supply expands due to the Government spending to prop up a welfare system (PATH, poor relief, etc) in light of a stagnant economy. Remittance is the saving grace, and without it there would most likely be ‘weeping, wailing and burning of streets’. However, remittances, too, are a source of money expansion.

Naturally, it should be asked; if the BOJ’s short-term measures are either ineffectual or are counter-logical, then what should it do? The answer is that, given the current arrangement where the BOJ is “independent” it suggests that it MUST DO SOMETHING to stem the impeding inflation and rise in the exchange rate.

The simple truth is that economists know a country manages its economy with both fiscal and monetary policies. These policies cannot work ‘independently’ or worse, at variance to each other. BOJ policies may not be needed, or, in some cases the only policy to be employed. There is the need to employ fiscal policies in the real economy. To re-arrange a famous President Bill Clinton quote; “It’s the real economy, stupid.”

Nobody voted for the management or board of the Bank of Jamaica, they voted for the Government. The management of the economy is the responsibility of the ‘Economy Minister’ or in Jamaica, the Minister of Finance. The governor and his team are doing their very best to steer the ‘SS Jamaican Economy’. However, given the external realities and the internal rigidities of our production and distributive sectors and the current Government’s fiscal posture, I dare say that they are sailing against the currents.