Anancyism and the elusive progress or prosperity 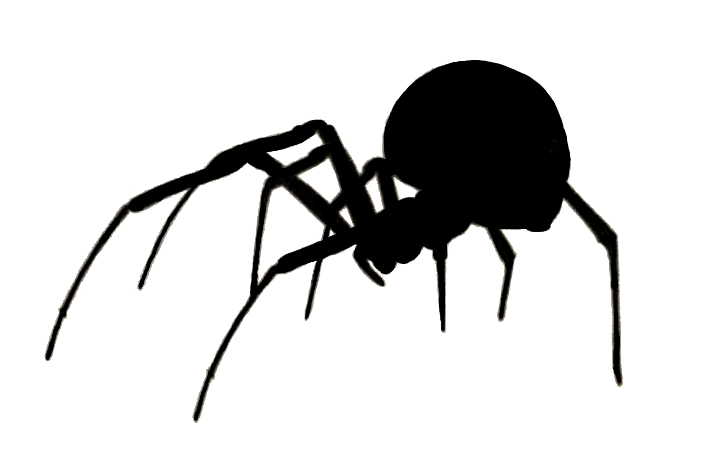 Recently, Contractor General Dirk Harrison, in an address to a Rotary Club meeting, spoke about the culture of anancyism and its effects in undermining Jamaica’s progress towards sustainable economic growth. This was not the first time, and certainly won’t be the last that public sentiments will be expressed about the negative impact of the anancy culture on our social relationships.

About four years ago a superintendent of police expressed similar sentiments at a meeting in Mandeville. The stories we encounter almost daily about corruption, the sense in which the ‘bligh culture’ is now seen as an entitlement, which we somehow believe we have earned, and the all too pervasive conmanship that seems infused in too many activities in which we are engaged, are well known examples of how much anancyism has affected our lives.

The fact is our economic success turns largely on our social relations, and the anancy culture is so steeped in the psyche of our people, in the way we interact with each other at home, among friends, in our communities, dealings in economic transactions as well as the workplace, that it is bound to affect the economic well-being of the country.

Those of us who attempt to engage in honest deeds, to be circumspect in our actions, to be fair and play by the rules, are often made to feel that we are doing something wrong, we are not ‘working with the programme’, and we are unacquainted with the general ‘runnings’. I remember there were times when I felt embarrassed because I was naïve to the common practice in which one had to resort to anancyism to get things done.

Even if following the rules would get you the same results in the same timeframe, you were made to believe you should not play by those rules. There was a macho feeling about ‘beating’ the system, a sense of bravado and accomplishment in showing your connections to the right people and your ability to circumvent established procedures and get things done. It has become a way of life.

The story of Anancy, of course, is in itself a story of survival, beginning with the travails through the middle passage of that journey that transported the tales of this fictional character who was very much a part of the Ashanti oral culture associated with West Africa. Our ancestors took it with them to the ‘New World’ and in recounting the many episodes of Anancy’s triumphs over adversities, ensured that both the structure and messages met the compulsion and needs of the present circumstances.

The physical, emotional, psychological and spiritual trauma associated with four centuries of brutal oppression under slavery would have been countered somewhat by the strategies of resistance we learnt from the Anancy stories that fortified that sense of continuity with our African past and allowed us to retain and maintain our identity as a people. This was indeed important if our curiosity about our past, questions relating to our ancestors, and a knowledge about our homeland and what it represented before our foreparents were torn from its breast, are to be better understood.

The lessons from the Anancy stories would help to ground us in our African traditions and mores, and help to shape a deeper appreciation of our culture. The hope for a people’s healthy, self-affirming present, and future is, as the anti-Apartheid activist Randall Robinson argues, linked to the past and would therefore be connected through the many tales of Anancy’s heroism.

We were able to bring to life the character of Anancy as representing the principles of cunning, subtlety and intelligence to empower ourselves to overthrow the system of slavery. The culture of anancyism became all-pervasive in our everyday life. It was, and is readily sexplained as symbolic of our attempt to overcome the challenges and hardships we faced as a people.

Today, the Anancy culture represents a paradox as both a cause and a consequence. On the one hand, anancyism signalled the disruption to the social order of the plantation system and was seen as a necessary precursor to our freedom. The slaves, who operated very much in a workplace setting, would have engaged in acts of sabotage by ensuring that the machinery and equipment in the production of sugar malfunctioned. They would take extended break times or made sure very little work was done when they were not under the glare of supervision.

These were clear strategies to undermine a corrupt and inhumane system, and we clearly would have repudiated any notion that these actions depicted us as being ‘lazy’ or ‘good-for-nothing’ “Sambo”. These efforts contributed to the overthrow of slavery and its colonial inheritance, leading to our Independence.

That battle has largely been won since we have been able to throw off the shackles of colonial subjugation and earn the right as a sovereign and independent nation to shape our own destiny. But the struggles continue in a post-Independence era to achieve a life of progress and prosperity, and to draw on the experiences of the past. Sadly enough, the spider trickster figure Anancy has suffered the stigma of being pointed to as representative of all that is wrong with Jamaican society today.

When it was first introduced in theatre form through the National Pantomime back in 1949, the characterisation of Anancy depicted the typical role of the politician, the businessman, the con artist, the hustler. He was seen as a hero, what Ruth Egglestone calls “a lovable rascal” even although he is seen as greedy, selfish and cunning.

The rascality associated with the Anancy culture has undermined our efforts at making for a better life for our people. Individualism, selfishness, greed, bad-mindedness are the strong undercurrents associated with our way of life. A workman, with whom I made an arrangement sometime ago to meet me at 8:00 one morning in Kingston, did not call to say he would be late. When I called him after 10:00 am he told me he was on his way, and will soon be there. When pressed further as to his location, it turned out he was still in May Pen.

A group of women in a recent video was seen ‘cussing out’ the police and JDF personnel who were conducting operations in their community. They were vehemently and boisterously objecting to any search whatsoever although the community is plagued by criminal activities. I am very well aware of the natural instinct for survival in the ghetto, and recall an incident in which a woman encountered a police patrol in her yard early one morning, and while silently pointed to the room in which the wanted men were located, at the top of her lungs she was screaming “murder!, police” to alert the neighbours.

Or when a don was killed in an alleged shoot-out with the police, the community staged a demonstration with the TV camera focusing on one woman chanting “we want justice!, we want justice!” only for the camera to pan to another location for her to turn to the police officer beside her and thank him, remarking ‘onnu shoulda kill him long time’ before returning to her chant of “we want justice!”

Even at the workplace, the destructive rather than transformative nature of the Anancy culture is evident. Here is a classic case in which a worker was accused by the accountant of stealing a cheque. The workers went on strike  immediately in support of their colleague and demanded that the accountant be fired for falsely accusing their co-worker. It turned out that he actually stole the cheque which he admitted to me and handed it over.

About a year after the incident I ran into the woman who organised and led the strike and told her that the worker had in fact stolen the cheque. My revelation of his guilt was greeted with derision and disbelief that I did not know back then that the entire workforce always knew that he was the culprit.

How then, as a country, can we progress to prosperity with this attitude? Is it that the Anancy culture has so affected our sensibilities as a people that we are trapped in a vicious cycle? Is not the Anancy culture deeply embedded in the lotto scam and its aftermath aided by this mysterious terror of obeah?

If we are to escape the accumulated pressures of slavery, colonialism, and under-development, there has to be a redemptive solution to this cultural dilemma embraced in the philosophy of anancyism. It is, as V S Naipaul summed it up nearly 50 years ago, still “generating selfishness, cynicism and a self-destructive rage.”  It is affecting our economic progress or prosperity, two sides of the same coin, but woven into a web of confusion to make us believe that progress is much better than prosperity, and that prosperity can be achieved without progress. Is Anancy mek it. Luca Sbisa Authentic Jersey