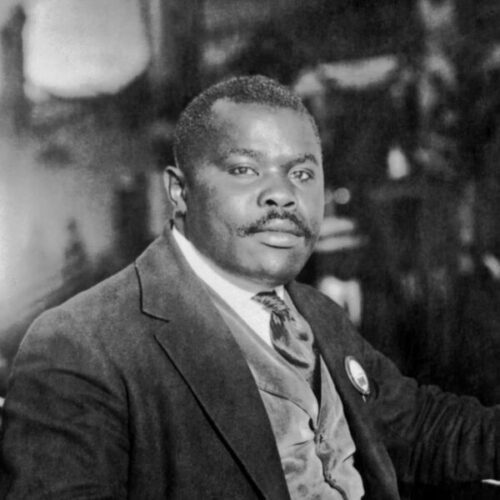 It is said that in legal matters, one ought to call upon the competence and objectivity of others for advocacy on one’s behalf, regardless of what side of a litigation one finds oneself. It is reasoned that being too vested in such matters might impair one’s judgment and, hence, might undermine one’s case and the successful outcomes which are desired forthwith.

But in my grouse with the Jamaican Government, I will take my chances and I will, therefore, speak on my own behalf. And so, I will now lay the groundwork for my argument and leave the verdict to you, my readers. My introductory narrative might seem like a departure from the title of this article, but I crave your indulgence and your patience.

Almost two years ago I joined many Americans and, indeed, many moviegoers around the world in grieving the loss of Mr. Chadwick Boseman, who died on August 28, 2020. He was a young Afro-American actor who played many iconic roles in his short life, inspired by historical figures such as a young lawyer by the name of Thurgood Marshall who was destined to become the first Afro-American to sit on the bench of the United States Supreme Court. In film history, Mr. Boseman was the contemporary reincarnation of legends like the sports world’s Jackie Robinson, who broke the glass ceiling of racial segregation to become a legend in Major League Baseball in the United States.

Mr. Boseman’s electric portrayal of the singer and stage performer Mr. James Brown, for instance, was outdone only by the artistry of Mr. Brown himself. However, Mr. Boseman will likely be remembered even more for his characterization of King T’Challa, in the titular role of the blockbuster movie, The Black Panther.

Like so many who were enthralled by his performances on screen, I came to appreciate, even more the life that he led off screen which, in my humble opinion, exhibited qualities that were not unlike those of King T’Challa. It should come as no surprise, therefore, after this stunning and inimitable performance, that the producers of The Black Panther franchise decided that no other actor would reprise the role in any sequels.

Mr. Boseman was a humble humanitarian who thought of others before himself, even seeking to encourage and comfort ailing children, all the while secretly battling cancer, which ultimately took his life. And, as I learned more about this young man, I came to discover that we not only shared the same religious faith — Christianity — but that he also attended one of the Historically Black Colleges and Universities (HBCUs) that I attended decades before he did, in Washington, D.C.

As a student, Mr. Boseman worked in Pyramid Bookstore, off Georgia Avenue, which was in walking distance of the main campus. As a student, decades before, it was an establishment that I frequented. I believe that was where I had purchased a copy of The Autobiography of Malcolm X, and books on Mohandas Gandhi. Now, there was one other world figure that I learned about, perhaps even before those others that I mentioned: The Right Honourable Marcus Mosiah Garvey, one of the seven National Heroes of Jamaica, the place of my birth.

Although I took Civics and Caribbean History classes in high school in Jamaica; although I saw his face on our currency; although dramatic skits and documentaries were aired on JBC-TV; and although I had seen photographs and statues of the man — I did not know Mr. Garvey. I didn’t! Over the years I thought that, perhaps, the deficiency in my knowledge and my consciousness was of my own making, unique to me, and not due to any fault in the Jamaican education system. Nevertheless, any serious education on Mr. Garvey and his contribution to Black people around the world began, for me, with a life-size poster of the man emblazoned on a wall in the hallowed halls of an American university. “What was Garvey, one of my National Heroes, doing here?!” I wondered.

The image of the man in the American milieu seemed completely out of context. It was like a form of “cultural grand larceny”! “How dare they!” And so began my quest to find out what all this furore about Garvey was about among the faculty and staff of Howard University. School for me did not begin in that respect until I stumbled on the bookstore, Pyramid Bookstore. Mr. Boseman drew inspiration on Black consciousness from the books that he read there. Was literature on Garvey among them?

And so it was, one summer I believe, about 40 years ago, that I read from cover to cover the book titled, Marcus Garvey and the Vision of Africa, a book that is still in print. And what an experience it was! I finally understood what the hubbub was all about, and why he had become such an iconic figure in Jamaican national life and in the world at large!

After that, I then purchased and read portions of the Philosophy and Opinions of Marcus Garvey. Though my readings did not convert me to Garveyism in its totality, they did instill within me a tremendous sense of Black pride and also an appreciation for the global impact that he had upon the race, not only within the African Diaspora but on the African continent itself. Perhaps it was the influence of the artistry, cogency, and power of Garvey’s words and of his imperial bluster which has made me courageous enough to dispense with counsel, as I do now, in order to present my case.

Marcus Mosiah Garvey, ONH, (August 17, 1887 — June 10, 1940) was a Jamaican political activist, publisher, journalist, entrepreneur, and orator. He was the founder and first President-General of the Universal Negro Improvement Association and African Communities League (UNIA), through which he declared himself Provisional President of Africa. Ideologically a Black Nationalist and Pan-Africanist, his ideas came to be known as Garveyism. His ideas inspired Black nationalists of the 1960s like Malcolm X and countless others, including Nelson Mandela, who was the first democratically elected president of The Republic of South Africa.

Kwame Nkrumah, the first president of Ghana, wrote in his autobiography that of all the works of literature that he had studied, the book that inspired him more than any other was The Philosophy and Opinions of Marcus Garvey. Nkrumah went on to name Ghana’s national shipping line the ‘Black Star Line’, and there is a Black Star Square in Accra. The Ghanaian flag also contains a black star.

A street in the Namibian capital of Windhoek was named after Garvey. The Vietnamese Communist revolutionary Ho Chi Minh said that Garvey and Korean nationalists shaped his political outlook during his stay in America. A statue of Garvey stands along the Harris Promenade in San Fernando, Trinidad and Tobago. The Brownsville neighbourhood in Brooklyn, New York City, is home to Marcus Garvey Village, which had its construction completed in 1976. Marcus Garvey Park is located in Manhattan, New York. His bust stands in the Hall of Heroes of the Organization of American States in Washington, D.C.

In an article published in the Daily Gleaner newspaper in Jamaica on March 20, 2021 plans were announced for a bronze bust of Garvey to be installed at the African Union headquarters in Addis Ababa, Ethiopia, by August 17th of that year to mark the 134th birthday of Jamaica’s first National Hero.

And in the midst of all that, and, sadly, despite all of that I was as one bound, as one blindfolded, and as one set adrift, about 40 years ago, on a vast ocean that had been stirred by the gale force that was Garvey, being completely oblivious to the catalyst of all of its currents! But, I do not think Mr. Boseman was, and it showed in everything he did. How many have been robbed of greatness due to ignorance such as mine?!

In 2014 or 2015 I stumbled on voice recordings made of Ol’ Marcus while researching material online and was completely blown away by what I heard. The experience was, I think, akin to a person who had witnessed the coming back to life of one long dead and entombed. The power and the eloquence of Dr. Martin Luther King, Jr. had nothing over Garvey

And, so, was my lowbrow literacy in respect to Garvey, prior to my years at university, wholly my fault, or was the Jamaican education system complicit somehow? How does the legacy of Garvey translate into the ethos of anyone’s “Jamaicaness”? Though we as a nation claimed to be independent, was my ignorance of Garvey and, I dare say, that of other Jamaicans, due to the lingering influences of British colonialism, with the tares of white racism and of classism which it planted in our furrowed, and impressionable collective mind?

In a September 20, 2012 article titled “Jamaica introduces Garveyism in classrooms”, published by the Associated Press, almost thirty years after I graduated from university, the writer stated in its opening paragraphs that:

“Struggling with a chronically stagnant economy and one of the highest crime rates in the world, Jamaica is turning for help to a black nationalist leader who died more than 70 years ago.

Marcus Garvey, who inspired millions of followers worldwide with messages of black pride and self-reliance, is being resurrected in a new mandatory civics programme in schools across this predominantly black country of 2.8 million people.

Students from kindergarten through high school are supposed to learn values such as self-esteem, respect for others and personal responsibility by studying Garvey, whom Martin Luther King Jr. called the ‘first man on a mass scale and level to give Negroes a sense of dignity and destiny.’”

And so, what has happened since August 6, 1962, when Jamaica gained her Independence from the British Colonial Empire, until September of 2012 — a period of 50 years?! Jamaica just celebrated its 60th year of independence, and five-sixth of that time, Garvey, its first national hero, was still a mystery to many! Who then should be blamed for this woeful and tragic sense of historical amnesia and anemia within the populace?!

One has to wonder about the lack of foresight and the woeful lack of urgency in this regard on the part of the Jamaican Government, as the nation grappled with its cultural identity! Why was Jamaica, ostensibly, lagging behind the rest of the world in terms of the legacy left by one of its illustrious sons?! And so, by a process of deduction, it is safe to assume that my experience as an undergraduate at Howard University was symptomatic of a problem of great profundity! How tragic!

How right was the singer and songwriter, Burning Spear, when he wrote and wailfully sang,

No one remember old Marcus Garvey,

No one remember old Marcus Garvey.

This article is not about spilt milk, although it could easily be construed as such. What is the past is the past — as painful and as discouraging as that might be. To some degree, the notion of being “better late than never” has its place. As we look to the future, we must do so with our young in mind, pledging never to repeat the same mistakes as did our forbearers. Accordingly, I say to our people, especially to our young and to our young at heart — do not wait to be fed! Do not wait on the Government!

The following words of Ol’ Marcus are as poignant today as when he first uttered them:

“Take advantage of every opportunity; where there is none, make it for yourself, and let history record that as we toiled laboriously and courageously, we worked to live gloriously.”