Time To End The Cuba Blockade 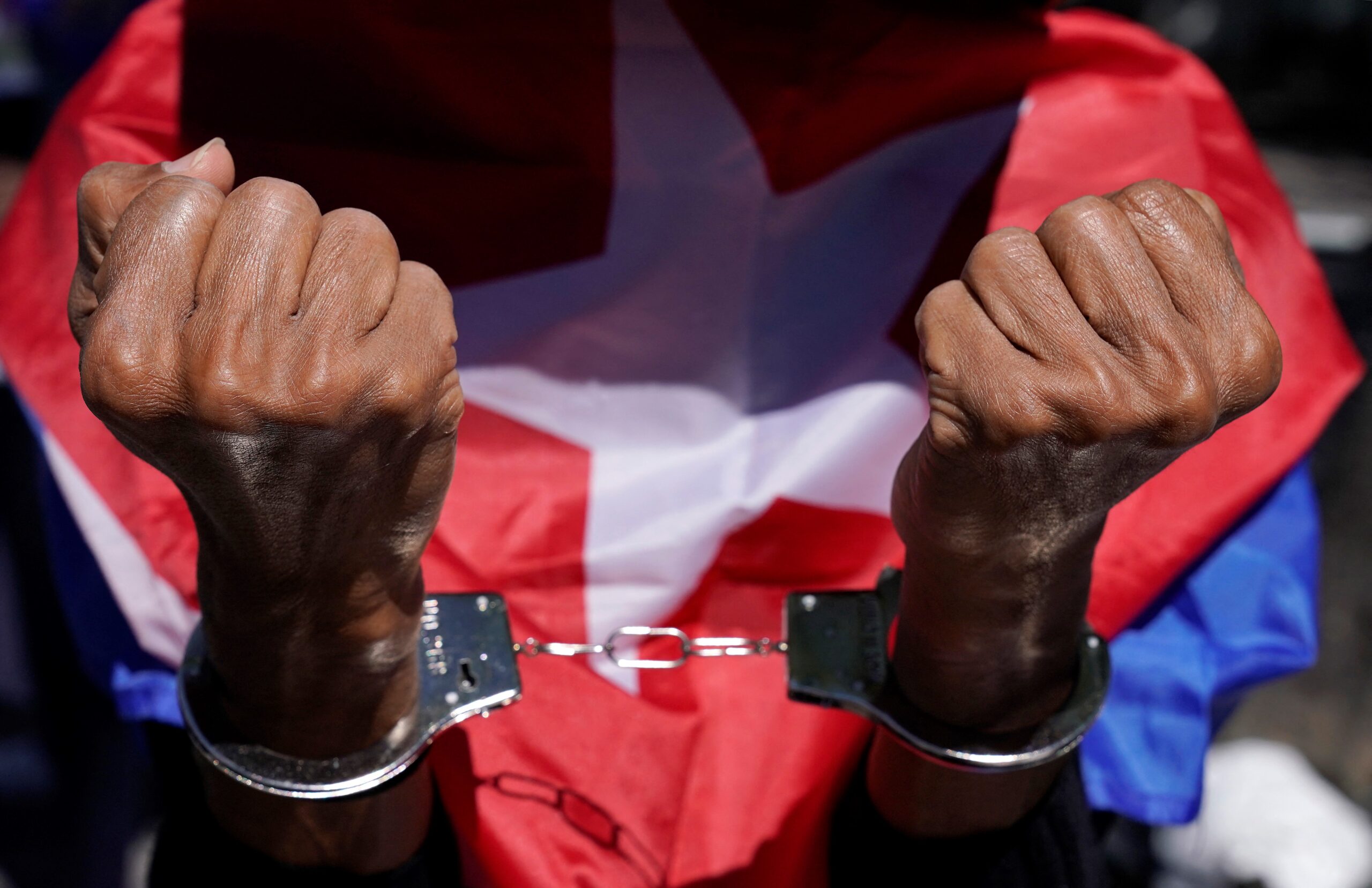 On June 23 this year, the United Nations (UN) General Assembly once again voted on a resolution which condemns the blockade on Cuba as illegal and inhumane and calls on the United States (US) to lift the blockade and other nations to ignore it. Such resolutions have been presented to the UN on an annual basis since the 90s, and each time it is brought to the floor it has been overwhelmingly accepted by the member nations. In spite of this, the blockade against Cuba remains and has in fact been intensified over the past five years.

The illegal blockade of Cuba is 60 years old. It has spanned 2 – 3 generations robbing Cuba of billions of dollars and has cost the lives of people who have succumbed to things which could have been dealt with or dealt with better but for the blockade. It has forced the country to make do with obsolete material and placed it in a position of having to pay above and beyond market prices to access materials as companies are wary of engaging in trade with the island without a large guarantee, lest they be frozen out of the US markets through secondary sanctions.

What crimes have the Cuban people committed which have seen them suffer over 60 years of crippling sanctions and embargos? What grave action has this island, home to some 11 million people, done to deserve this treatment which, according to the UN, must only be used on pariah nations? The ‘crime’, as we all know, or should know, is that of wanting independence, seeking a path other than the US dominated imperialist one, and the promotion of solidarity through sharing the expertise of its doctors, engineers, and teachers. Cuba’s ‘crime’ ultimately is that it is a socialist nation, living proof that Socialism, rather than being the barbarous caricature drawn up by the west, is a humane endeavour with the real potential of uplifting nations.

The US and her imperialist lackeys cry that Cuba is authoritarian, Cuba exports its ideology, and all other manner of lies. Cuba is a nation less authoritarian in the pejorative sense than the US which currently is and has historically been the world’s leading incarcerator. Cuba and Cuban soldiers fought alongside and died as they sought to eradicate the scourge which was apartheid while the US sponsored it. It is obvious to those of us who make up the majority and live outside of imperialist nations that Cuba, far from being the villain of this piece, is in fact the protagonist and represents us and that is why the vote this June 23 will go the way of all the previous votes and see the majority of the world’s nations demanding an end to this blockade.

The inhumanity of the US knows no limits, and this was seen during the COVID pandemic, an event which has shattered nations, when the US decided to ratchet up illegal sanctions on nations such as Nicaragua, Cuba, Iran and Venezuela to name a few. Such actions, which have seen syringes being refused for export, can only be described as crimes against humanity and are a stain upon the moral fabric of the US which, along with the genocide of its Indigenous people and the enslavement of Africans, will never wash off.

During this period of global turmoil we should all be banding together to ensure that the people of this world don’t have to live in fear of this virus. The Cuban people have offered themselves, their doctors and nurses to the world in an effort to combat this virus, while the US debates whether to release life-saving drugs or if it should allow India access to key materials needed to produce the COVID-19 vaccine.

Cuba deserves our support, not only in pressuring our leaders to vote at the UN to condemn the blockade, but to actively undermine this mechanism which, along with contravening international law, costs Cuba money, makes its growth more difficult, costs lives, and normalizes evil, an evil which states that the weak are beholden to the strong and that force is the only means by which disputes must be resolved.

The Government of Jamaica must take this step and get off the fence of voting in favour of the resolution. We accept Cuba’s doctors, nurses and teachers while towing the US line and not fully engaging Cuba in a trade relationship. Our brothers and sisters, our closest neighbours and the nation which has always acted as a true friend, needs this.

We have a moral duty to engage Cuba and shun the US blockade, not only in words but in deeds, just as it is the moral duty of all the nations of the region and the world to repudiate the blockade and engage in trade with Cuba.

It is high time that we in this nation and in the broader global south show that might does not equal right, that sanity and law will prevail, and that good people will not remain silent while evil stalks the land.

Cuba, during this time of forced economic isolation, has made remarkable strides, going from what can only be described as the archetypical banana republic where people starved and illiteracy was the norm, to a nation with booming pharmaceutical sector, a medical sector the envy of the world, citizen engagement which even the UN acknowledges as among the highest in the world, and the eradication of illiteracy and hunger.

The revolution, even during these trying six decades, has racked up a number of remarkable achievements and leaves one in no doubt that if the blockade were removed then they would surely be among the leading economies in this hemisphere. We must end the theft of their patrimony, we must end the destruction of a nation whose only crime is wanting to see a world free from imperialism and all of its nasty baggage and ensure that those who have sought to put this country to task are brought to justice.

Cuba, which has given us so much, has asked for so little in return and it is time that we, especially in the global south, come good and ensure that this scourge, this virus which is unilateral sanctions, is lifted and never used again.

It is time we let the socialist revolution flourish and meet its fullest potential and it is time that the Cuban people who give of themselves so selflessly in a fashion which shows socialism at work are able to take advantage of things which we in Jamaica, a country which itself is not flush with cash, take for granted.

Long live the Cuban revolution, Long live socialism, down with imperialism and most of all, especially at this time, end the blockade!