The Jamaican middle class remains its worst enemy, and the more one looks at it, the more one realises that nothing positive will come from it.

Historically that role has been of a cultural and political release valve or check. Its job is to be a cultural vector, the rabble-rousing journalist, the weird activist lawyer who takes pro-bono cases, and people who generally challenge the State on its excesses while berating the poor for not living like them or some idealised life (that key role of the middle class is another discussion).

For these reasons, the middle class has tended to populate the arts, education and others which shift and shape how society views itself, utilises power and how we should be treated.

We see none of this with our local middle class (an issue which is global in its scope), and instead are witness to a class which stands to lose everything, endorse a government and political parties which will gladly and are greedily shafting not just the people who make up the middle class but the masses of the country.

The recent compensation review process has once again highlighted how much our middle class has abandoned its historic role as a check. Now, it is clear to anyone who has been watching the negotiation process that a key reason many unions took time in signing off on the package was that members had serious questions as it relates to salary bands. In some departments, while the finance ministry said workers would benefit, when they did the math they saw that senior workers would be earning as much as junior workers.

Serious questions were raised, and as the end of the year came closer, the finance minister warned that workers who signed late might miss the benefits for the upcoming fiscal year. There was a mad rush by unions to sign and by the end of November the plurality of government sector workers negotiating under the Joint Confederation of Trade Unions (JCTU) banner had been signed up.

Now upon closer examination by the members (remember that they engaged in a mad rush to sign after the statement by the minister) and following contradictory circulations issued by the ministry even more questions were raised. The primary issues related to transportation, educational criteria, the payment of arrears which were stated by ministry officials, and other things in the package which they felt would have left them worse off.

After threats of strikes, the minister entered negotiations with a union to quell unrest and did the media rounds explaining what the issue was in true political manner by not explaining what the problem was for the clear misunderstanding by all parties.

Throughout this whole ordeal, the action of the middle class has been to rush to the defence of the minister, lambasting the union members, calling them idiots and ending the discussion there.

The middle class has, it seems, forgotten that government workers have for years lived with a wage freeze, meaning they got no increase. When they did get a raise, it was so far below the rate of inflation that it came to a real wage deduction all in an effort to stabilise the economy.

They forget that the minister has said one thing and missives and circulations said another which needed clarification. They forget that there is already a brain drain in civil service posts which are critical to state functions. They forget that the Government, whichever of the two parties forms it, regularly treats wage negotiations as a time to apply pressure as seen by the two meetings that JATCA has had with the ministry this year.

They forget that the Government promised people $60,000 to $100,000 in arrears for Christmas, and that a previous one promised that nurses would see a doubling of their salaries only for both to come to nought.

The quick jump to the defence of a State which has no regard for anyone tells us that the middle class, or what remains of it, has been successfully broken into submission and house trained in a way that would make other nations blush. They are spineless, terrified of being snuffed out either physically or economically and therefore have developed a beggar thy neighbour attitude which will and is leading us all to hell.

The middle class has never recovered from its first act of betrayal which was in the 70s when it chose en-mass to migrate rather than do what middle classes have always done when faced with a left-wing government, namely joining and co-opting the movement (see any of the European left-wing parties for a template) and now finds itself shrinking year on year as the economic and security realities of Jamaica continue to break down.

Today it continues, and rather than act as a check the middle class acts as a cudgel.

Too terrified to acknowledge that the workers are getting shafted lest their shafting increase, the middle class continues to ensure the destruction of the nation. Until and unless members of that class wake up and realise what their role is, then nothing will change. Yes, things come from the masses at the bottom and leaders are born from, and chosen by the movements, but no movement of any note will happen without a middle class bold enough to produce class traitors.

The middle class in this country needs to wake up and realise that the problem is not the people but the system which rules it and those who govern it in open and behind the backs of the masses. Until that happens, we will continue to witness the slow suicide of the nation to the cheers of a class which should know better and does but is so scared that they dare not act. 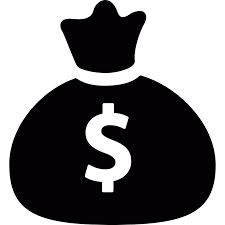