I don’t normally go to church, unless it’s Christmas or if a very special person passes.

Then I go to be with their family.

This is not because I am an atheist, but because I hate religion. For in my book, religion is the root of all the evils in the world, having caused most of the bloodshed over the centuries.

In my search for a civilized, non-violent religion I had even looked into Buddhism one time. Then chaos reigned in Myanmar, and we saw the terrible images of Buddhist Monks, chasing out Rohingya Muslims, killing them and burning their villages.

That cured me instantly.

Obviously, the common thread among most religions seems to be vicious  dogmatism which dictates that only my religion is the true one, so no one must enjoy this planet unless they subscribe to MY particular religious beliefs!

Christmas is different for me though, because I love Christmas music.

In fact, not just Christmas music but Gospel music in general — a hangover from the days when I was dragged into boring church services and the music was the only respite.

So, I look forward to Carol services.

In fact, when in Jamaica, I go caroling with my friends in Luristan, Spanish Town, early on Christmas mornings.

This despite the community’s terrible reputation for violence. However, that problem only applies to a small section on the banks of the Rio Cobre, where squatters have settled.

The rest of the community has solid citizens and my friend Audley Nain, formerly of the Jamaican Folk Singers who is also president of the Citizens Association, started a Christmas ritual years ago whereby we would start at 5:00on Christmas morning,  knocking on people’s gates and singing carols loudly.

Then we would all converge at the Community Centre where everyone would bring a dish — curried goat, jerk pork, turned cornmeal, hot chocolate, roast breadfruit and on and on.

After a sumptuous meal, the kids would have their entertainment and we our dominoes, whatever.

How I miss those sessions, although I had the pleasure of joining them to celebrate Jamaica 60 this year.

But I am rambling aren’t I?

All this was just a preamble to say how much I enjoyed the Christmas Concert at United Methodist Church in Plantation, Florida, which kicked off the season for me.

This was a Steve Higgins Production, in conjunction with the Consul General of Jamaica, featuring the South Florida Caribbean Chorale.

Steve Higgins, as you probably know, is an excellent Jamaican tenor and cultural ambassador.

I enjoyed the entire concert, the interaction between the MC and audience, the music, and even the bits that the Jamaican Consul General to Miami performed.

He seems to be quite charismatic and talented.

I loved too how the choir and other performers switched from traditional Christmas Carols to Jamaican Christmas Carols written by the late, great, Noel Dexter and even one performed by Jamaican singer Pluto Shervington. 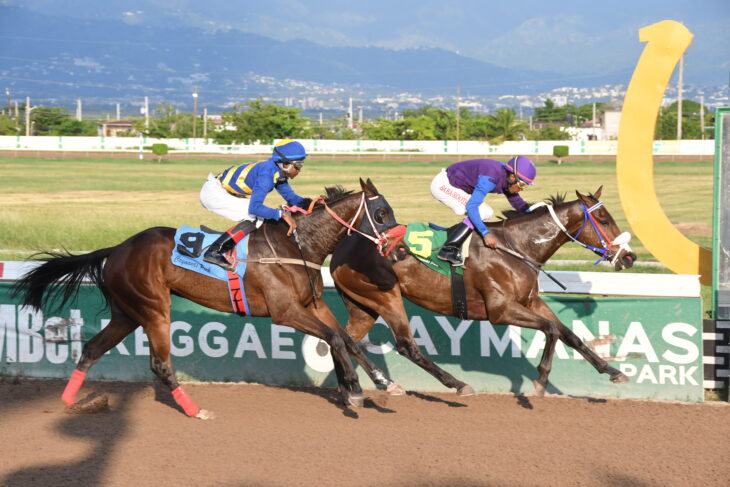