The Ukrainian Invasion And The Western Alliance’s Endgame 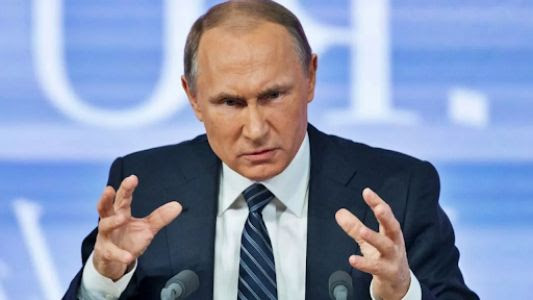 “There is never a plan of war that have ever survived the first clash of arms”. The quotation is appropriate in the current confrontation between Russia and Ukraine. The quote is as appropriate to Putin’s army as it was to Napoleon’s at the battle of Waterloo, or the biblical Joshua’s battle at Jericho.

There is no doubt that Russia’s invasion of Ukraine is viewed by many as an event which bodes some measure of a wider catastrophe. It can lead to a nuclear exchange between the larger nations, resulting in a major war. Naturally, the potential for an escalation of this invasion morphing into a full-scale global war, while very unlikely, is unfortunately probable.

So, it is reasonable for political analysts and people interested in history to speculate, comment and pontificate about the current situation in Ukraine.  I would regard myself as an observer of historical parallels and associations. That ‘discipline’ essentially is founded in the understanding that, similar situations and circumstances in many cases result in similar, (note, not the same), outcomes.

Deciding to comment on the Russia/Ukraine ‘war’ did cause a degree of contemplation. This is because it required asking; does one mention the history of the two territories and their unique relationship over centuries? Or, that over two world wars and their aftermaths, these countries became even more umbilically tied together? So much so that Ukrainians commonly described themselves as Russians because 90% of the world didn’t know a thing about Ukraine.  This saves time for Ukrainians explaining the historical links between the two territories. Like those Ukrainian I concluded that commenting or writing about Russia/Ukraine historical bond would be too much heavy lifting.

Nonetheless, the world must understand this relationship in order to have any notion of why their TV and social media space is being bombarded with endless “Russia/Ukraine”. Why is NATO sending hundreds of millions of dollars of arms to a territory that 24 months ago it didn’t send even a postcard. More significantly, for the 85% of the rest of the world, who or what is NATO anyway?  So, because there is so much back story that the readers need to digest at once, I choose the option to comment on what almost no one is commenting on; what is the western counties’ endgame?

What is Putin’s endgame?

It appears that everyone who hears about Russia’s invasion would naturally ask what is Putin’s endgame or expected outcome. Truly, at this point, I am willing to hazard a guess that not even Putin knowns exactly right now. Consequently I, like Putin, don’t really know and I have no intention of speculating at this point. Like the original quote stated, war’s dynamics are not played out either on initial plans or on 6 by 20 feet strategy tables with generals moving around toy soldiers.

What makes the current drama very different than anything in the past is the inescapable fact that the world’s major economies are contortedly intertwined in each other. That is financially, for food supplies, telecommunications, travel and transportation. More importantly, millions of their nationals live, are educated, and work in each others’ countries. In this respect, one can recall thousands of Japanese Americans stuffed into camps during World War 2. Can anyone envision that today if there is a global confrontation? It would be nightmarish to say the least.

Consequently, I decided to ask the question; what exactly is the United States’ (and to a lesser extent other western states) endgame and expectation, given the global interdependency and interrelations and, the potentially dire geopolitical consequences?

Firstly, arming Ukraine in a confrontation that Putin cannot afford to lose

What started out as a reaction to Russia’s aggression was calculated on the assumption that sanctions will ultimately bring Russia to scale back on its aggression. However, economic sanctions on Russia are not the same as sanctions on North Korea. Russia is the country with the largest land mass, it has nuclear arms and the nation which ensured that the western allies defeated Nazi Germany. The country (including Ukrainians) collectively lost more soldiers than any of the Allied nations. Russia obviously at this juncture has all to lose, and as the adage goes “in for a penny, you are in for a pound”.

Like the Crimean war in the 1850s, Ukraine is being trampled on by elephants and its men are fodder in a wider geopolitical chess game. While it is unlikely that Ukraine will become “greater Russia” anytime soon, it is my view that Putin cannot settle for anything other than a sealed commitment that Ukraine, Belarus and Georgia will not be members of NATO.

Western media (BBC, CNN, ABC, et al) scoff at Russia’s concern about its “national security” but accept the USA’s right to have a doctrine of the supremacy of its national security over the America’s. The US and the other countries plan, and strategy may be to pump arms into Ukraine and drain Russia. But is that their endgame? Realistically, the long-term outcome mostly will be the gutting-out of Ukraine and Russia being conceded some compromise over the countries which are on its western border.

Secondly, the continued sanction and resulting global financial architecture may be reshaped permanently

Also, continued sanctions may reshape the global financial architecture permanently. The world’s current financial and trade architecture has evolved over 75 years in its design and operation. If the sanctions continue due to a prolonged conflict or the two contending parties take too long to revert to the post conflict status, then the new financial order may become permanent. Is that the US endgame?

At this juncture it is not clear how much readjustment and realignment will occur. How countries such as India, Pakistan, China, Brazil, even the Scandinavian states, will deal with the persistence of a system which locks them out of a relationship with post-invasion Russia.  There are signs that Russia is gearing up for at least the medium-term campaign, given its conscripting more soldiers and its large purchase of some commodities, such a sugar and potato seeds.

The short-term impact will be shortage-driven price increases in oil, wheat and a host of allied and other goods and service. Also, the issue of the rerouting of payment mechanisms to facilitate purchases from Russia will become increasingly necessary. There will also be the need for mechanisms to facilitate the repayment of Russia’s current debt (eg. future bond interest). More important is the quest to find alternatives to key Russian exports to the sanctioning countries.

This is indeed a speculator’s paradise. Make no mistake, the dark financial market which finances illegal arms sales and rinse drug money and other contrabands has already devised portals and proxies to finance these transactions. When President Biden said that one should “Follow the money”, the real question is, “which money?”

Inflecting pain through Russian Oligarch is that the West’s endgame?

Russians’ real money was never in plain sight.  Charts showing the lines of influence and money trails of Putin and Russian oligarchs are interesting but may not mean very much. Those close to Putin were most likely aware and, in turn, well prepared for the present situation.

It is here that one should really ask, what exactly is the Western/NATO endgame and strategy? Is it to kill many birds with a set of sanction stones? Or have the oligarchs overthrowing Putin to retain their wealth and assets? Or is it to bring the Russian public to “their knees” and they in turn will force Putin out of office? Here again, like Putin, it is not clear if President Biden and company know their endgame ether.

If you listen to traditional western news outlets and cable networks, one gets the distinct impression that they  want an outcome which is a hybrid. There lies the problem; the oligarchs and the population are not a homogenous grouping. Propaganda or no propaganda, no Russian wants the country coming out of this conflict severely weakened or demoralized.

It was the younger population that iconized Putin (with him wearing no shirt, on a white horse). It is the same younger population which the western media is betting on to repel Putin. However, if Venezuela has taught the United States anything, it is that you should not drink your own cool aid romanticism about a country’s sociopsychology.  Clearly, the demise of the Venezuelan regimes “has been greatly exaggerated”.  So also, the overthrow of Putin will not be scripted as some might wish.

Wars always benefit someone, and this current situation has already benefited many players. To attempt to point to those who are and in time, will benefit from Russia’s adventure into Ukraine would be an academic and not entirely useful exercise.

Case in point, who benefits from the seizure of assets? That may seem like a question that is unimportant. But is it? An analyst recently asked what legal basis any government has to seize the assets of a Russian oligarch, if the person has not committed a crime? Or, what happens if they sue these governments in their own countries, since the actions may have to withstand legal challenges. These individuals can argue that as Russian citizens they cannot be held responsible for the wanton action of the head of their country. By extension, Bill Gates’ assets could be seized if the United States was adjudged to have wrongfully invaded Iraq and committed war crimes. Surely, the USA’s billionaires could not stop President Bush from invading Iraq. The reason this point is important is because the resolution of the current situation should, on the surface, be for the Russians and Ukrainians to negotiate and bring the conflict to an end. That may, ironically, be an oversimplification.

For example, many of the 5 million and counting Ukrainians (whatever the real number is) may see this as an opportunity to leave Ukraine for good. NATO obviously sees this as a rise from its irrelevance (not to mention its renewed claims for a bigger budget). There are obviously war profiteers of all shapes and sizes who, as Shakespeare would put it, are ‘counting shekels’ and Dickens would say ‘counting shillings’. The West’s endgame may well have several spoilers who need and will orchestrate for the game to go into extra time. Dead Ukrainians or dead Russians are not their concern.