The Power Of Symbolism 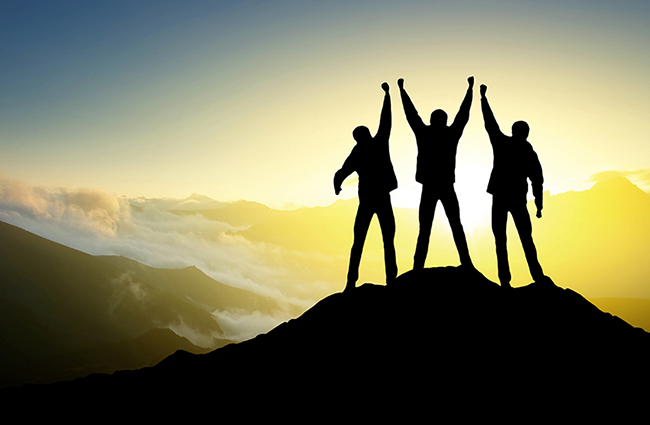 In the I800s, American novelist, short story writer and poet, Louisa May Alcott, – the author of the novel “Little Women” – wrote the following words: “Far away there in the sunshine are my highest aspirations. I may not reach them, but I can look up and see their beauty, believe in them, and try to follow where they lead.” They exude the same spirit of the “Mountain Top” speech delivered by Dr. Martin Luther King, Jr. on April 3, 1968, the night before he was assassinated. One would have thought that an assassin’s bullet would have brought his dream to an end. And, yet, though it remains unfulfilled in many respects it is very much alive and continues to be an engine of change.

Don’t ever knock the power of tokens, of symbolisms or of the sentimentality of idealism. I say it with respect to any struggle for freedom, for equality, and for social justice. I say it cognizant of my own predisposition towards cynicism at times when public citations, plaques, statues, buildings, highways, parks and holidays are named to commemorate persons or events in place of, what might be considered, more substantive changes. It is understandable why some would view such gestures as strategies designed only to effect delay or to preempt or discourage real progress. But, we ought not to underestimate the power of ideas – of symbols. There is, nearly always, a lagging and a span of time between the sowing of an idea and the germination of an idea.

Not everything in society starts or stops “on a dime”, as they say, but everything in civilization – for good or or ill – does so on the basis of ideas. In 1979, Texas became the first state in the U.S. to make Juneteenth an official holiday. Several others followed suit. Recently, Congress passed a resolution establishing Juneteenth as a national holiday and President Biden signed it into law on June 17, 2021. The holiday will commemorate what took place on June 19, 1865, when Union General Gordon Granger and his troops arrived in Galveston with news that the war had ended and that the enslaved were now free. The term Juneteenthis a blend of the words June and nineteenth.

Before the enactment of the Juneteenth law, in 1983 President Reagan signed into law a federal holiday commemorating the birthday of fallen civil rights leader and Nobel Peace Prize winner, Dr. Martin Luther King, Jr., and it was first observed three years later. At first, some states resisted observing the holiday as such, giving it alternative names or combining it with other holidays. It was officially observed in all fifty states for the first time in 2000. And yet, since the enactment and the celebration of that holiday social data and history have shown that many things have not changed in respect to the persecution and oppression of the Black man here in America. And so, what can one more holiday do to “flip the script”?

The Bible is replete with examples of God using symbolisms not only to commemorate seminal in events in the lives of his people, but for laying the groundwork for continued right attitude and action for the present – serving also as beacons of hope towards complete redemption, justice, prosperity, happiness and peace yet unrealized. We see also the power of symbolisms on the battlefield in the various theaters of war throughout history with soldiers risking their lives to keep their military standards aloft, or, once they had fallen to the ground in the frenzied mayhem of war, to die trying to redeem their honor and for no other reason like those of regaining lost ground or reaching intended objectives.

African Americans – and indeed all oppressed peoples of the world who are in the throes of the struggle for freedom, for social justice and for equality – should take a step back and read between the between the lines of history. There is much that can be learned there about the power of symbolism. The oppressors often use such things to their advantage in order to maintain and to advance their causes with great effect. Colonial powers have moved away, mostly, from using the tools of cold steel and the fiery heat of gunpowder, for examples, to use the more subtle and the more artfully crafted metaphysical tools of “Neo-Colonialism”.

American attorney and civil rights activist, Bryan Stevenson: said that “The North won the Civil War, but theSouth won the narrative war”. And, given what we are seeing in the American society today in respect to reactions to Confederate memorials and even to those in Europe which were erected to celebrate the heyday of Colonialism, this writer believes that he was absolutely right. How did the Southern racists keep the spirit of the Confederacy alive and fight a rearguard action against northern interests? They did so with symbolism via embers of an idealism that was doused yet was not completely extinguished on the battlefield.

There are more than 1,503 public monuments and memorials to the Confederacy which predominate in southern states reflecting old Confederate political boundaries. Should one wonder, therefore, why there is such brouhaha among many southern whites about the removal of statutes and the renaming of military bases which honor their Confederate dead all in the name of the defense of their “culture”? There is even push back by the GOP and by their cohorts on the religious right against moves, as they see it, to “re-write” American history as penned and propagated by their white ancestors to the exclusion of inconvenient facts which expose the dirty linen of their racism.

Buildings, parks, monuments, highways and holidays named after key events in history or after heroes in the struggle against social injustice and inequity might not and cannot solve all of our social ills, but they can help to create, to drive and to maintain a social consciousness which makes such desired change possible. The late congressman, John Lewis, understood the power of symbolism by routinely reenacting the march that he led on March 7, 1965, of over 600 marchers across the Edmund Pettus Bridge – named after a racist – in Selma, Alabama and faced brutal attacks by state troopers, which shocked the nation and galvanized the fight against racial injustice.

Songs written by the Jamaican, Bob Marley, inspired the fight for national liberation on the African Continent. The music of Miriam Makeba was doing the same thing for the struggle against Apartheid in her country of South Africa before him. The larger than life image of the Argentinian, Che Guevara, is still emblematic of the esteem in which he is held by many Cubans and by others in Central and South America. Memorials to Simón Bolívar and José Martí engender vision, courage and enthusiasm the world over. Many images have been banned by regimes because governments recognized the power of ideas and of symbols. It was Confucius who said: “Signs and symbols rule the world, not words nor laws.”