The Philosophy Of Hair And The Shortage Of Labour 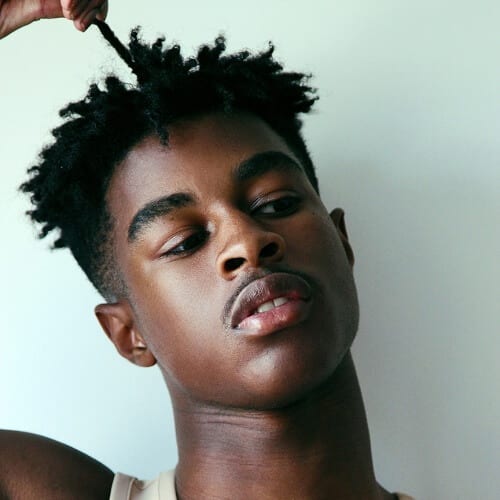 The recently resurfaced discussion at Dunrobin Primary and Kingston College about hairstyle among persons of African descent seems, on the face of it, to bear no relation to the Prime Minister’s recent announcements about labour shortage. What may appear discernible, far-fetched at best, could reveal a connectivity between the two upon a deeper analysis of the issues.

Our African ancestry has gifted us a hair texture which continues to attract the description of “bad”, “unkempt”, “natty” and “not properly groomed” nearly two generations into our political independence. The profundity of this is in the descriptive analogy, of course, which associates black with inferiority.  It is rooted in a ‘philosophy of hair’ that speaks to our style of thinking and broader concepts of who we are and how we see ourselves. Our natural and chemical-free hair is said to be too ‘unmanageable’ and therefore, as our African queens have long said, more convenient and less time-consuming to have the hair processed and become as straight as the Europeans.

Our education system has spent considerable time and effort imposing rules and regulations to determine the length of black students’ hair, the style to be worn and even frown upon its natural texture and growth. It appears to be a major focus of some educators who want to restore ‘discipline’ in an albeit far too toxic school environment. While the need to restore discipline is noteworthy, the patently misguided approach, not to teach, cultivate and hone discipline, but simply to enforce it through archaic and discriminatory rules, is the clearest indication yet that we are still trapped in mental slavery.

The education system certainly smacks of a deprived philosophical thinking that is more focussed on perpetuating the colonial legacy of self-hate, and depriving students of their right to education, for the sole reason that their hair does not conform to some notion of ‘proper grooming’. The fact that we are still having this debate in 2022 is a colossal embarrassment to our ancestors and in indictment on our political leadership.

The mere fact that we may be professional trained, educated, qualified and competent in our chosen field, has certainly not liberated us from the obscurities of our sordid past. Had distinguished Counsel Bert Samuels not stepped in at Dunrobin Primary, that young student would be counted among the drop-outs and could conceivably end up, in the Prime Minister’s words “in a subculture in an underground society.”

The kind of thinking which would deprive our youths of an education because of hairstyle is evidence of the post-trauma effects of 400 years of chattel slavery that still leaves us with feelings of inferiority and low self-esteem.  We are wont to deny, resist and become quarrelsome when the negatives are pointed out to us. We point to exceptions in a sociologically constructed argument, and seek to pass the blame onto others for whatever may be our station in life.

What does all this have to do with the shortage of labour in the construction sector to which the Prime Minister referred? We have long been talking about the mismatch between skills demands and supply. We have identified the failure to equip our students with the ability to critically think, and our failure to teach them about the value of work and the importance of discipline at the workplace.  Where the labour skills among Jamaican workers exist, overseas labour is paid at a higher rate than local labour for doing the same job. We murmur about the low growth rate but do nothing to create a culture of productivity and foster mutual respect.  We lower our standards – as HEART did some years ago – to improve its pass rate, and focus on demoralising rather than uplifting our children from the consequences of our past.

It is in the philosophy of education that connects these two issues. An education system that believes in enforcing hair texture and style rather than teaching self-pride, a culture of savings, and the value of work ethics. Harriet Tubman, the American abolitionist and political activist said that if she could have “convinced more slaves that they were slaves” she could have freed thousands more.

The Prime Minister is on record as saying that no child should be deprived of education over hair, but the recent happenings at Dunrobin and KC reflect a clear conflict between the political directorate and our educators.  The deprivation of education to our students afflicts our ability to develop a workforce with the capacity to build a prosperous nation. We are therefore ‘never send to know for whom the bell tolls’; it tolls for all of us.