The Case For Republicanism 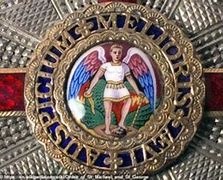 Jamaica used to be the most independent and progressive of what was known as the West Indies, but on the issue of becoming masters or mistresses of our own destiny, we are certainly falling behind.

While we were the first of the former colonies in the Caribbean to declare independence from Britain, on the matter of totally breaking away from those who oppressed our ancestors for centuries, we are acting like morons. For The Queen of England remains our head of state although we have been independent for almost 60 years.

In the meantime, Dominica, Trinidad, and Guyana have become republics and the Prime Minister of Barbados announced that in November 2021 Barbados will also ditch the British monarchy as its head of state.

Yes Barbados, which has always been considered more British than the British.

Even in white Australia the topic has resurfaced, with ex-prime minister Malcolm Turnbull tweeting that in light of the very “sad revelations” by Megan and Harry in that famous interview with Oprah Winfrey, it should bolster the call to cut ties with the British monarchy.

In the meantime, Jamaica seems doomed to remain forever hanging on to the skirt tail of the British monarchy, even with a governor general representing the British Queen and wearing an insignia that depicts the archangel St. Michael trampling Satan,who is drawn with dark skin.

In light of the recent revelations where Megan and Harry confirmed what we should already have known, (that racism exists in the British) I again wondered out loud on Facebook about when or if Jamaica will seek republican status. The responses were many, swift and diverse. While most respondents rued the fact that we still maintain the royal family as the head of our country, one respondent declared that Jamaica will never change this situation as it is a racist country!

I had to disagree with that respondent, as I really don’t believe that Jamaica is still a racist society although there is no doubt that we still have a number of racists among us. And we have a handful of monarchists too, (some of whom contend that such a move will spell economic disaster, although there is no evidence of this in the former West Indies territories which ditched the monarchy.) who believe it would be a sin to remove the royal family and replace the head of state with a local person.

Yes, mental slavery is still alive and well among a few.

Let me make it clear that despite the fact that Queen Elizabeth is a descendent of those who committed the most serious atrocities against our ancestors, I have nothing against her personally. In fact, I dare say she has done her job with good grace, dignity and diplomacy. Even she, however, realizes that her type of character will no longer be displayed, once she steps down and her son,Charles takes up any role, including in the predominantly black Commonwealth, so she is holding on for as long as possible.

I am personally repulsed by even the thought that Charles, that despicable person, could become Jamaica’s head of state and his wife Camilla, the first lady!

In the famous interview, Prince Harry said that it was neither The Queen nor her husband who were upset that he and mixed race Megan may have a black child, but he refused to say who it was.

While I agree that The Queen has been unobtrusive and diplomatic in her role, that second generation of hers, including Andrew, have nothing to contribute to Jamaica!

You know, for around three or four decades we have been debating this issue of republicanism, but both the JLP and PNP have been standing in the way of progress. For while both parties claim that they support replacing the monarchy,they cannot sit down and agree on the type of president we should have — executive or ceremonial.

Good god, this is not rocket science. If the two parties were really in for of republicanism, they could take the gradual route Guyana did, or some variation. Guyana first started with a ceremonial president to remove the British, then moved on to the executive presidency.

It is totally disgraceful and demoralizing to majority of Jamaicans who do not wish to have any further association with the despicable British royal family, descendants of the oppressors of our ancestors, that our politicians continue keep skirting around the issue.