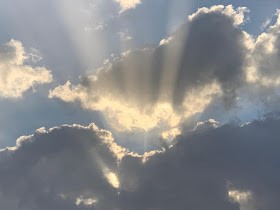 The United States is made up of citizens who are victimized by their own inability to stick to facts and a failure to tell the truth. Misinformation and myths that pervade false narratives have taken a hold of the nation. The world is watching. Not recognizing what is happening and causing so much tension and distrust is debilitating.

Take the novel coronavirus, for example. Why is it that science has become the bad guy in recovery from this pandemic? The reluctance to get vaccinated is an indicator of what happens when people don’t trust science. Science blended with values and integrity is central to the future progress of a nation.

Take political misinformation about voting. People don’t understand how a democracy works to protect and serve them. Distrust comes out of a power imbalance between the rich and poor of our country. Governmental power is imbalanced in favour of those with millions and billions in their coffers rather than serving all of the people. There is a pretense the imbalance of power is not important to making sure the nation survives. That the face of government is mostly white and male cannot be overlooked. When the balances of power are unfavourable to specific groups of citizens, true democracy is unobtainable.

Take the crisis over racism, sexism and ethnocentrism, among other isms. The failure to tell the truth, the whole truth, about how these groups are treated, has created an atmosphere feeding distrust and anger that harms the well-being of society. Slavery is immortalized in a few paragraphs in the history textbooks. The rest of the story, including the legacy of racism, is hidden or avoided. These secrets fuel distrust and anger.

Current evidence of the origin of the human race needs to be front and centre. Humanity includes all people regardless of race, ethnicity or gender. The facts about the exclusion of women as equal partners in the personal and the business worlds of society have made it difficult for women to succeed. The lack of transparency holds damaging secrets. Many immigrants remain relegated to lower paying jobs and the ghettos of cities and towns. Unless they are able to blend in and adapt by reflecting a likeness of culture, language and practices, they are kept at the side of mainstream society. Secrets keep the country as a whole from understanding the real and important contributions these groups have made. Participation in the political democracy that is supposed to serve and protect has been largely denied to marginalized groups.

The snapshot portrayed here is part of a greater story that indicates the country is free-falling from secrets, misinformation and lies that have filled shared discourse about coronavirus, about voting and about social and racial inequities. The country is reaping what it has sown. The price is high. Not only does the nation miss out on important contributions of many citizens because they are excluded, but it is suffering from a level of divisiveness that has made progress stall and falter.

To get beyond the virus, to get beyond the false claims about an election, and to overturn the anger and fear that are embedded in racism, sexism and ethnocentrism, it will be necessary to take a hard look at how children, youth and young adults are nurtured. There is no doubt that the survival of the nation — with the longest lasting experiment with national democracy in human history — depends on how the country commits to making important changes that will ensure everyone’s security, safety and inclusion. Some solutions may be political, but the real push must come with a spiritual transformation. Hearts, values and practices need to be aligned for the betterment of the nation, for the betterment of the world.