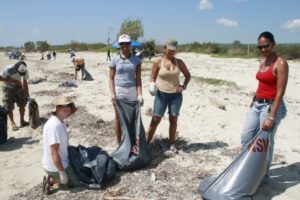 Following the article that tried to describe everything that threatens our oceans, I promised one that describes things we can all do to help, as individuals, organisations, as government.

First, and obviously, we can avoid plastic, particularly plastic bags, plastic bottles, and single use plastic anything.  Avoid cosmetics with plastic micro beads in them. Carry a refillable water bottle; buy drinks and food in containers that are to be re-cycled or are biodegradable.

We can reduce our carbon footprint.  Everything we do releases carbon into the atmosphere; for example, our food has a carbon footprint, it requires machinery to grow, harvest, package, transport and cook. The shorter the distance, the fewer the chemical treatments, the simpler the preparation, the less carbon is released. What you are eating matters, vegetarian or vegan diets have a much lower carbon footprint, even going vegan one or two days a week makes a surprising difference. Using 100% renewable energy, or “green” gas, cuts our personal footprint by half.

You can make safe, sustainable seafood choices; don’t buy lobsters out of season, don’t buy fish that were too small to harvest, never buy turtle meat! Think before you buy. In a restaurant, buy a fish dish that you know is sustainable. You can buy eco-friendly pet food, look at the ingredients. Never flush cat litter, it contains pathogens particularly harmful to sea life.

Help take care of our beaches. This might mean, picking up someone else’s drinks bottle, or telling them to bin it, or joining a community effort to clean up a beach, reporting problems that you notice.  When at sea throw nothing overboard.  If you are going on a cruise, find a company that is eco friendly.

We can teach our children about the environment from when they are very small; if they grow up respecting nature and knowing what is wrong and right, half the battle is won. That is not to say we must not fish, or shoot birds in season, just that it must be sustainable.

Speak to your representatives and law makers.

You can support organisations working to protect the ocean and you can influence opinion.   One person CAN make a difference.

One such person is Gloria Fluxa Thienemann who is changing the face of seaside tourism. As the CEO of one of Europe’s most prominent hospitality companies, Iberostar, she directly influences more than 110 hotels in 35 countries. More than 80% of these hotels are coastal. Through Gloria’s initiative, “Wave of Change”, Iberostar has developed an action plan to preserve and promote oceans and seas. This includes replacing single-use plastics with products made of biodegradable materials, ensuring the traceability of the fish on the hotel menus and funding research into coral reef conservation. Others are Pawan Patil, who is a force behind the World Bank’s multibillion-dollar portfolio on oceans, and Lara Setrakian, who infuses deeper understanding of oceans within the public arena; as the co-founder and executive editor of News Deeply, a new media company working to advance coverage of complex global issues, Lara has created a specific platform for oceans-related news coverage, “Oceans Deeply”.

This goes beyond the reporting of hot topics, it also aims to raise awareness of underrepresented issues such as high-seas governance and deep-sea mining.

South African Hanli Prinsloo is the founder and CEO of an oceans conservation trust called “I AM WATER” and influences philanthropists and young people in underprivileged coastal communities to love and protect the oceans.

There are so very many organisations now, working to protect and restore our oceans, galvanized by the dreadful problems outlined in my last article.  If you enter a generic phrase in Google, endless names come up.  Some may be more effective than others but all have the same goals.  Read what they have to say and educate yourself.  Often it is the most radical and proactive that, sadly, have the most impact.  Greenpeace and Sea Shephard, for example, are not necessarily viewed with favour by some governments but they have raised awareness of critical issues.

The United Nations Convention on the Law of the Sea held their international Conference on July 23rd. They do vital and essential work including setting territorial limits, establishing freedom of navigation and mechanisms to resolve disputes, and are the nearest thing we have to a legal code for the ocean. The International Seabed Authority is based in Kingston, and it has also granted 29 licenses around the world for exploration and mining of the sea floor.  Because current methodology is so harmful, as previously described, Greenpeace was there to demonstrate. The Law of the Sea provides minimal guidance in ocean conservation.

Stewart Patrick, writing in the World Political Review on July 8, says: Quietly but steadily, the most important environmental treaty that most people have never heard of is taking shape. Late last month, a United Nations committee released the draft text of a new, legally binding international convention to protect the “marine biodiversity of areas beyond national jurisdiction”. The so-called BBNJ treaty will promote the “conservation and sustainable use” of marine resources and living organisms in the high seas.

This will be a legally binding instrument and delegates meeting in April of this year grappled with funding issues, transfer of marine technology, impact assessments in areas beyond national jurisdictions, and that what they create should interact with and complement existing frameworks. I presume they have addressed compliance.

As mentioned in the last article, the threat to the world’s oceans impacts everyone alive on earth. Every government, including ours, should have a minister of the environment, to keep us all alive and breathing.  That sounds dramatic, and it actually is. As the United Nations says, life itself arose from the sea and a healthy ocean means healthy people; so very much of what we do on land impacts the seas.

Government must incorporate education on the environment in all public schools and require that to be in the curriculum of private schools.

Governments MUST pass effective laws.  If you have read my article “The laws, or Lack of Laws, that led to the Discovery Bay Debacle” you will understand that in Jamaica we have none that are effective, none that enable a body like NEPA to take a stance, and implement regulations. The Supreme Court was not concerned with a lack of comprehensive base data, inadequacies of water quality and circulation studies, or compliance with permit conditions, or the spirit or intent of the laws, the logical necessity in this instance (Special Fisheries Conservation Area and an enclosed lagoon with limited water exchange to the open sea) of an Environmental Impact Assessment, or the intent of existing policies and regulations.  They were only concerned with precedent, and that the law as it stands had been complied with and therefore refused permission for a Judicial Review.  All over the world, there are these lacks and gaps which are gradually being addressed and they MUST be addressed here.

This is not to say, by any means, that environmental concerns should entirely override enterprising initiative, business development, profit-making concerns. Only that the balance should be very carefully considered, the cost, long term, or short term profit, the impact on employment, communities welfare, the future.

Our Government, and all governments, should take the longer view.