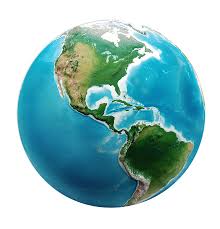 History, though, does sound the same, has a similar tune and sings the same classics. We see this with the struggle for women’s rights, religious rights (or the rights to be free from them) and even slavery, all of which are current issues but were issues in the past, albeit under different circumstances.

Another similar tune and songbook, however — and this is the one that interests me the most — is how much this era of the 2020s mirrors in many ways the 1910s when the world lurched towards world war. Now, I am in no way saying that the two eras are like for like in all aspects, clearly, they are not. On one hand we had imperial powers fighting to see how the world would be divided (Germany the late comer had little in terms of colonies despite being an economic powerhouse and the war was fought for colonies) and on the other we have a global hegemon, the sole superpower for the past 30 years, having to come to terms with multipolarity in terms of international relations.

Nevertheless, the similarities are striking and should really make us a bit worried. But more importantly we should ask ourselves how much we cherish history and are willing to study it, because many of the situations we find ourselves in and debates we are having were had before, particularly during this period of history.

Sticking with WW I, the main reason this war, this totally avoidable imperialist bloodbath, took place was that the workers — the same people whose blood was to be shed — cheered the jingoistic attitudes of their leaders as they declared war. That period saw the destruction of the second international as its constituent members such as the UK Labour party and the German SPD voted en mass for their nations’ respective war credits thus okaying the war. The sole outlier was the Russian Social Democratic Party (Bolsheviks) who opposed the war and went on to become the communist party.

We are seeing the same thing now as US, UK, French and other first world ‘left-wing’ parties parrot the imperial line about China and blindly lead us to the precipice of a war which would benefit no one save the rich. In a similar vein we are being bombarded with the question of if the first world nations can build some egalitarian society off the backs of the third world — ideas such as the green new deal are just this — similar in tone and tune to the failed second international which both believed and promoted the idea that socialism could be built in imperial countries on the backs of the colonies with the empire acting as steward until they were ready for independence.

This issue, which also broke the second International and saw the formation of the communists, is paralleled today whereby the first world seeks to act as the noble benefactor leading the third world to liberation, but in the meantime  we act as their repository for raw materials and cheap labour.

This social imperialism or social chauvinism, if you will, was debated and found wanting. It was found to be flawed and even counterproductive when the reality of the world showed us that it was the periphery of the capitalist imperialist world which will lead the way to global revolution against the system.

We see these debates taking place in the first world and can’t help but think that this is the result of the decimation of the arts and humanities, and the loss of a true left-wing alternative. The total absence of historical knowledge or historical perspective on the part of the first world will lead us to damnation if power is not wrested from them. They will happily cheer on a war with China, and sign up in droves to be the fodder.

They will happily take part in the rape of the third world if it means continuing their standard of living and, to be honest, they have their compradors and sycophants in the third world placed in positions of power who will be happy enough to allow the poorer nations to be the battle ground in this new cold war and be the exploited region as the first world ‘transitions’.

The history is not the same, but it is similar, one hegemon declining and another rising; Military alliances being made and a build-up of military hardware taking place; Workers in the first world experiencing record levels of exploitation; A gilded class which makes money off of financing war; Small conflicts which risk a world war; Debates about exploiting the third world in order to build socialism in the imperial core; Debates about if revolution will take place in the first world or third; and debates about working with liberal groups — reform or revolution.

For sure, all of this is taking place in a different context, but the fact that we can’t (a) see the similarities, and (b) learn from the mistakes and take the alternativee paths offered from this similar period, are mind boggling. We are fast heading towards an archduke Franz Ferdinand moment — this was narrowly averted last year as the murder of Solemani and the Iranian and Iraqi responses could very well have led to US escalations against Iran proper, which would have drawn in all major players. Also, we are fast heading towards a workers’ revolution taking hold in the third world — and in this case I mean revolution by the streets and not by the ballot, Colombia and Chile in the region and France in Europe give us but a glimmer of this. How will we respond to these issues? On current evidence it looks like we will be skipping off to global war where we will have to pick a side or be destroyed by both.

Economically things look no better, we are stuck between the options from the first world or pre-WW I or WW II. Either financing the odious wealth of the first world or rebuilding them and retrofitting them for climate change (think of post-WW II when Europe was allotted Africa and its resources so it could reconstruct faster and cheaper from the war).

As Lenin, Du Bois, and Nkrumah taught us, we must not allow ourselves to listen to the ‘left-wing’ in the first world; until and unless they become internationalists, oppose foreign intervention and believe in the liberation of the third world we can safely assume that they are of the same mould that launched the Mau Mau repression (British Labour), or worked with the Freikorps to murder their own party members — members such as Rosa Luxemburg who history has shown in an emphatic way to be correct.

The outcome of acting like this is that the 1910s will not look like the interwar period of that era. Gone are the days of trench warfare. In fact, gone are the days of manned planes of death. The bloodbath will be far greater than experienced in that war. The Armenia/Azerbaijan conflict showed us what modern warfare will look like against flesh and blood, and from the ashes will rise something far worse than the fascism which sought to replace the discredited and bloodstained liberalism which destroyed the world.

Socialism or barbarism are our choices. This statement written in the same period remains true today. The eras are similar though the circumstances are different, but we know how it ended then, we know who was in the right and who was wrong, and it is therefore counterproductive and borderline criminal to rehash debates from 100 years ago while the world burns.

Liberation for the masses across the world, or death! Take part in a war of aggression (in this case started by the imperialist powers against those who oppose them) or disarm the empire, as in the 1910s. These are our options now. What will we choose? Will it be socialism or barbarism, will it be salvation or damnation? Time will tell, and the clock has been ticking.