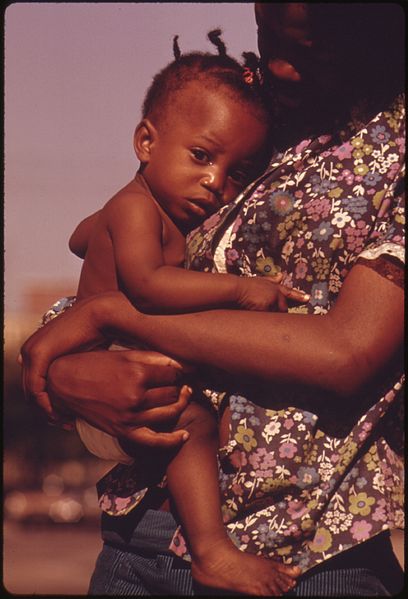 No child can be born without the input of a male, but too many Jamaican men are being allowed to get away without providing any financial support for the children they father.

I have seen a video making the rounds in which Oral Tracey of TVJ, an obvious misogynist, is maligning women based on bogus statistics which have led him to claim that Jamaican women give the most jackets in the world (paternity fraud).

Using false data, he goes as far as to claim that Jamaican women are even more prone to lying about their progeny than men, who are notorious for denying that the many children they bear are indeed theirs, thereby not supporting them!

Employing man bites dog journalism (things only make news when they are the exception, not the rule) he points to the fact that 70% of the men who dispute paternity are correct when tests are done. What he fails to tell us though is, what percentage of fathers go this expensive route to dispute paternity? In other words, if the population of fathers in the country is 100 and only 10 men dispute paternity, by what stretch of the imagination can that tell you anything?

I resented the entire tone of his maligning commentary, which seemed designed to do nothing but denigrate Jamaican mothers en bloc.

Yes, there are too many cases of paternity fraud in Jamaica, and that cannot be at all accepted. I dare say too, that where men have been supporting children because of deception, the person who committed the fraud ought to be penalised and action allowed to recover the funds.

But children should never be left to starve while adults squabble or drag out things for years on end through our snail-paced courts!

Indeed, if serious steps were taken to ensure that fathers support their children, you would see the cases of paternity fraud drop to nil. For in many cases, it is to save children from literally starving why some women inexcusably saddle other men with the cost of supporting children they did not father.

According to UNICEF, some 45% of Jamaican households are headed by single women, but what no statistics reveal is what percentage of men who fathered children who live in those households, do not make any contribution to the financial welfare of their children!

I suspect the percentage would be in the 90s.

In the interim, most Jamaican women put the welfare of their children over themselves, more often than not. How regularly do you hear or read unlikely success stories where the story teller heaps praises on the mom for the great sacrifices she made to enable his/her success? How often do you hear such tributes to Jamaican fathers?

I know of cases where women have nothing to eat, but will do without food themselves, while they move heaven and earth to ensure that their children do not go hungry.

Are you aware, too, that many fathers will happily support their children as long as the mother has sex with him, but the moment she moves on he victimises his own children by withdrawing financial support?

On the 10th November 2021, I sat up when I heard a Radio Jamaica report that MP Heroy Clarke from St James, had proposed in Parliament that DNA tests be used to determine the true paternity of every child at birth.

His reasoning was that it would help cut down on murders. I assume he was referring to the consequence some women suffer when men discover they were supporting a child that is not theirs.

This is quite pathetic reasoning, but the idea is good for other reasons.

To begin with, it would make the bringing of paedophiles to justice much easier.

For, do we really know the extent to which uncles, stepfathers, and even fathers got underage girls pregnant in our country and just walk away? If the child’s DNA is on file, wouldn’t it be much easier for the police to do the job of finding the rapists, getting their DNA and arresting them?

In the present situation, while everyone knows who got the child pregnant, the uninterested police just claim they can’t do anything without evidence.

I dare say too that if every baby born was tested to determine who the father is, it would cut down on jackets too. For before any law is passed, it is necessary to have public education done and only a mad woman would commit paternity fraud when the day the child is born, all would be exposed!

I go further to suggest that attached to the step suggested by Clarke, the legislation gives authority to immediately garnish the earnings of the father, where necessary. This would eliminate the totally unacceptable, expensive and frustrating process that women have to go through in the long, tardy court system, while the children perish.

So far, Mr Clarke’s suggestion has been met with many negative responses, especially by men. Yes, it will be expensive, but it has to be financed by the State.  Sure, it cannot be accepted simply as suggested, but it should be thoroughly debated and the best solutions found.

The State had no problem finding billions to deal with the novel coronavirus pandemic, which is just passing crisis while the long-standing one of male irresponsibility, which has been at the root of so many problems in our society, has never been seriously addressed!

Having children growing up in financially deprived circumstances because fathers will not honour their responsibilities, is proving to be far more expensive and long lasting, than any public health virus that the society will ever have to face.

And if not paternity tests to bring them in without a lot of time-wasting and frustration, what suggestions do the naysayers have to deal with this chronic problem with which this society has been grappling wsince slavery was abolished?

I fear, though, that in a Parliament dominated by men, it could die a quick, silent death. That is unless the women in Parliament take up the issue and mobilise the rest of the society in the interest of so many thousands of our children and vulnerable young women who remain voiceless victims.

Joan Williams is a former radio talk-show host. She can be followed at; https://www.youtube.com/channel/UCj0wewemvZosv5SQNO3vnlw and Joan, my views (joan-myviews.blogspot.com) or contacted at; [email protected]