Let The Insurrectionists Go? Why Not? It’s Tradition! 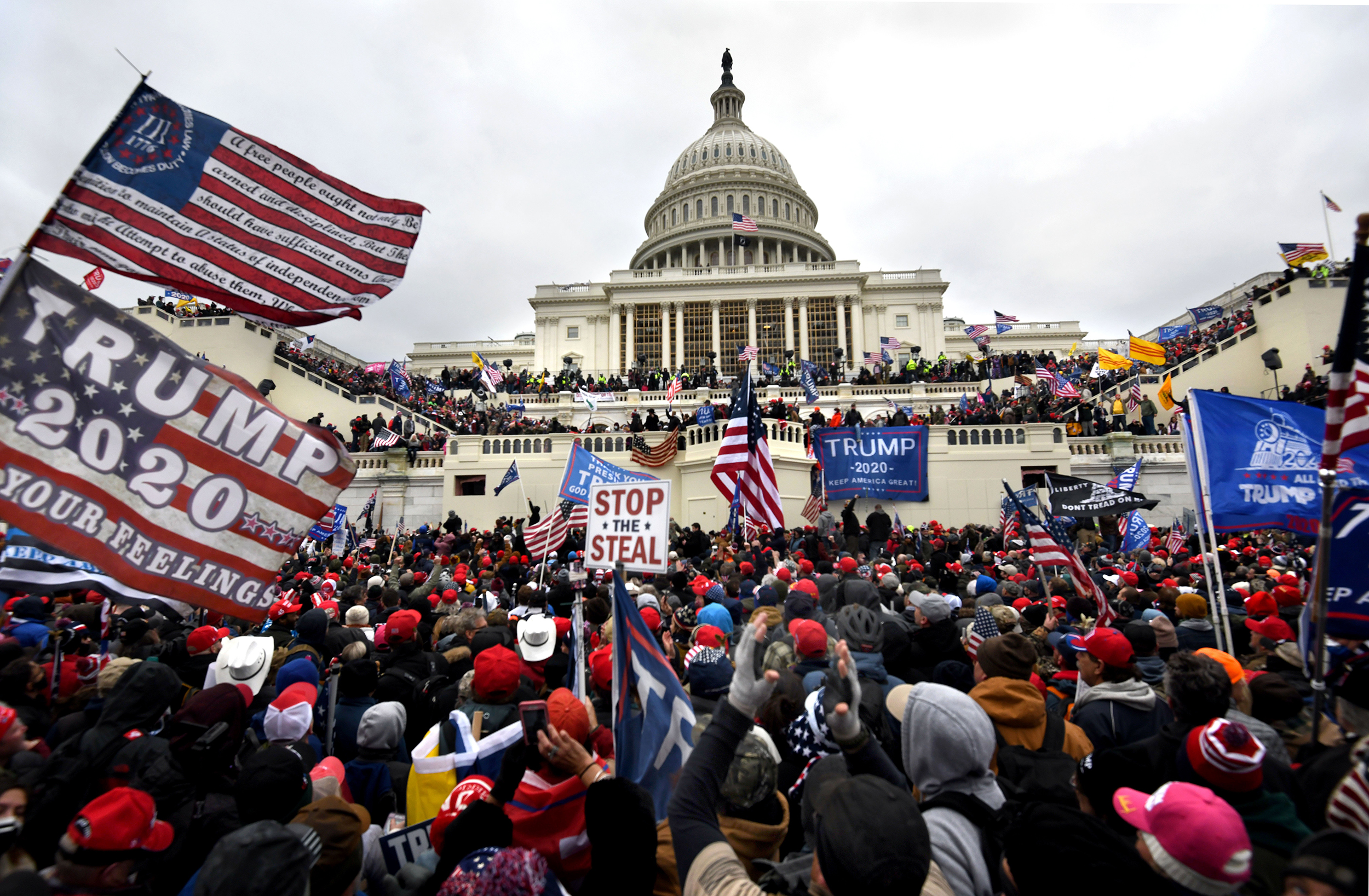 Many have asked and still ask, what is taking so long? Why are some of the rioters, out of the factious and fractious throng which rabidly stormed the Capitol building in an attempt to overthrow the US Government only now being tried, only now being convicted, and only now being sentenced after nearly two years since the event?

Of those sent to prison, why have so few felt the full force of the crushing and paralyzing repercussions of their brazen treachery, even after lives were lost due to their collective actions? And why have some been treated with such leniency after their indictments, their arraignments, their convictions and even at their sentencing? And what of the architects of the insurrection — those who pulled the strings behind the scenes to make the day what it was — what of them? Should focus only be on the flame and not also on the candlestick? Is it a question of the finer points of law or is justice, if one can call it that, moving at snail’s pace due to some other reason?

Since that day — one which should live in infamy, to paraphrase an expression used by President Franklyn D. Roosevelt — why is it being treated with such scant regard by so many lawmakers? Why are some not only downplaying the seriousness of what transpired, but urging the nation to forget about it altogether and move on to more important things?

There are even those among them who disparage and who decry the ongoing investigations of the matter by the Department of Justice (DOJ) with Mr. Merrick Garland, the Attorney General, leading the charge, and who have called for the release of the insurrectionists. The congressional, bi-partisan, January 6th Committee, established to investigate the causes of the failed insurrection and to recommend laws to prevent similar occurrences in future, is now, pretty much, being burnt in effigy.

Perhaps, for most social commentators, the glacial pace of justice is due to a political lack of will which was ignited and fanned by threats from former President Trump and his supporters. That might be the most obvious, patently logical and easiest of explanations. But, if the concern is a real one, could its genesis be more of a long-standing and fundamental nature? Could it be that this lack of will to prosecute the insurrectionists of January the 6th is part and parcel of a long US tradition which talks tough about treason, but which then deals with traitors with kid-gloves? History seems to suggest that this might be the case.

In the matter of the US Civil War, which is, more than likely, the greatest act of treason, nobody was executed due to their role in that bloody affair. No soldier — from buck private to general — was ever tried and convicted. Confederates received presidential pardons which began at Lincoln’s hand. The president issued 64 pardons for war-related offences: 22 for conspiracy, 17 for treason, 12 for rebellion, nine for holding an office under the Confederacy.

General Robert E. Lee and President Jefferson Davis were let off scot free, and allowed to live in peace and to die of natural causes in their own beds.

In 1970 Lee’s lost amnesty oath turned up in the National Archives, and in 1975 Congress restored Lee’s citizenship effective June 13, 1865. The joint resolution cited Lee’s contribution to “healing the wounds of the War Between the States” as supporting the action.  In signing the resolution, President Ford referred to Lee’s post-Civil War actions thusly:

“Once the war was over, he firmly felt the wounds of the North and South must be bound up. He sought to show by example that the citizens of the South must dedicate their efforts to rebuilding that region of the country as a strong and vital part of the American Union.”

“Our nation needs to clear away the guilts and enmities and recriminations of the past, to finally set at rest the divisions that threatened to destroy our nation and to discredit the principles on which it was founded. Our people need to turn their attention to the important tasks that still lie before us in establishing those principles for all people.”

As for the other Confederates who might have been considered for treason, some considered the logistics of effectively prosecuting so many who were involved in fighting against the United States and the Constitution that they had sworn to protect and defend as impossible to pursue.

It was on Christmas Day of 1868 that President Andrew Johnson took the final of his many presidential pardon actions to extend: “unconditionally, and without reservation … a full pardon and amnesty for the offence [sic] of treason against the United States, or of adhering to their enemies during the late Civil War, with restoration of all rights, privileges, and immunities under the Constitution and the laws.”

That action on his part ended the possibility of trying Confederates for treason.

Prior to the national and the worldwide protests over the public lynching of Mr. George Floyd — protests which led to the removal of Confederate statues in some American cities — I wondered how the defeated South were allowed to erect such memorials in the first place. The more that I read of US history was the more that I realized the “Why?” of their actions. But I could not, for the life of me, understand  the “How?” — especially in light of the fact they were the vanquished and not the victors in a war which cost the lives of 618,222 soldiers.

That death toll was divided with 360,222 accounting for Union deaths and 258,000 for Confederate deaths. The number was higher than that of all Americans who died in World War I, and higher than the total of those who died in World War II — military and civilian, all, purportedly, who fought for freedom and for good ole American values. And yet, here we are again as the Republic is being pinned against the ropes by those who would have it callously and unceremoniously replaced by oligarchic rule akin to that of Hitler’s Germany.

Has anyone ever been found guilty of treason against the United States of America before or after the Civil War? The answer to that question is, most certainly, in the affirmative. Were such individuals made to serve their sentences — whether their full terms in a penal institution or via execution? The answer to that question is also, yes. But what is still true from the historical record is the tendency of the US Government, by and large, to go soft on those who were found guilty of treason.

The US Federal Government was quicker to forgive those traitors than it was to pass a law against the heinous and the sometimes macabre practice of lynching! It is quicker in wanting to remove affirmative action — which has been in place for a few short decades — devised to help a race that was brutalized and handicapped by slavery and racism, for hundreds of years, so they could begin to catch up to their white counterparts! The Supreme Court was quicker in gutting the effective and the much-needed voting rights legislation! And yet, here we are again, a nation dithering and yawning against, and even fawning before, the bloodshot eyes, the bared fangs and the snorting nostrils of a new incarnation of the beast that would trample, tear and consume democracy as we have come to know and to enjoy. Why, oh why, oh why?

I pen the following humble and halting words of my own crafting in closing — ones which comprise, I hope, the capstone of this missive, for your kind consideration in assessing the historical facts that were just cited:

Why look ye perturbed – so bemused?

We have been down this road before,

Tis nothing new, nor askew, for sure, for sure.

Behold the footprints in the sand,

And heed the howling of the breeze,

Ah, the heat of day – chill of night!

And there – the returning shadows of unease.

From dark and unrelenting seas?

What of the keepers of the dykes,

When such threats of great destruction and death tease?

Fealty and folly – whence the line,

What message to our foes send we?

What bricks and mortar – buttress use,

To safeguard the Republic and all that’s free?