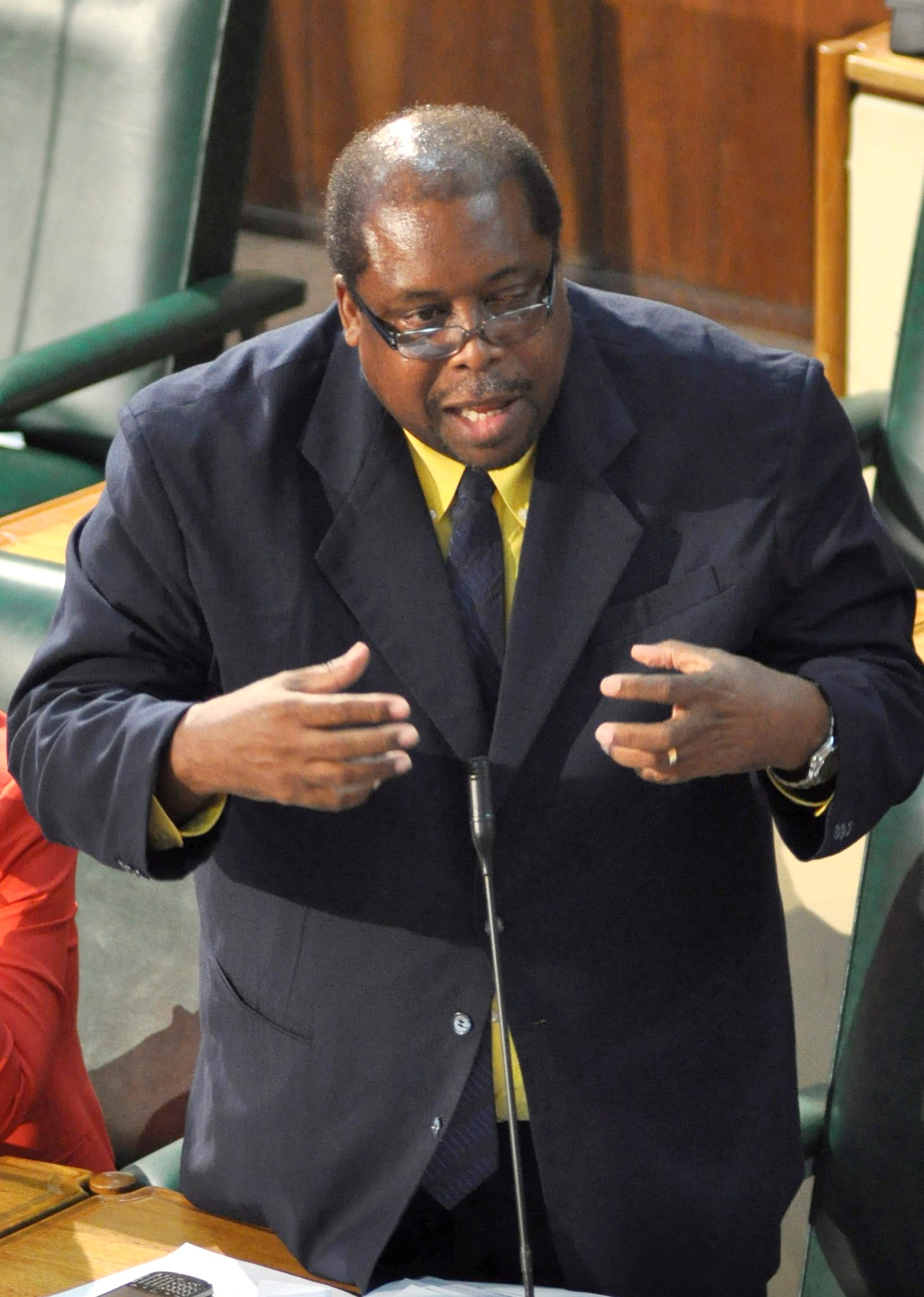 “Where justice is denied, where poverty is enforced, where ignorance prevails, and where any one class is made to feel that society is an organized conspiracy to oppress, rob and degrade them, neither persons nor property will be safe.”  — Frederick Douglass

‘I understand. You found paradise in America. You had a good trade, you made a good living. The police protected you and there were courts of law. So you didn’t need a friend like me. Now you come and say “Don Corleone, give me justice.” But you don’t ask with respect. You don’t offer friendship. You don’t even think to call me “Godfather.” You come into my house on the day my daughter is to be married and you ask me to do murder – for money.‘ — Mario Puzo’s ‘The Godfather’

In recent weeks middle- and upper-class Jamaica were aghast at comments that Senator Lambert Brown made in the Senate. The statement, which came shortly after Khanice Jackson’s murder and the alleged abuse meted out by a government MP on his partner were ‘If somebody violates my daughter, or my sisters, or my wife, or when my mother was alive, my mother, if I have to walk to the ‘William’ (gallows), I would walk proudly, knowing that the honour of my family was held high and restored… So I don’t need a lawyer once the jungle justice, in the absence of the rule of law, kicks in’.

The reactions to the comment ran along the lines of he as a senator should not be saying such things, that such statements should not be made on the Senate floor, a space for cerebral debating, and that such comments only spur the attitude we have in this country of taking matters into our own hands.

While I understand the calls for and subsequent withdrawal by Brown, I cannot help but think that yet again we — primarily the Senate and Parliament — have missed what could have been used as a learning tool and an avenue towards legal and policing reforms. Instead, we were met with pearl clutching and howls of disgust from ivory towers.

Now, what Brown said was crass, but it is logical and is something which we all know to be true. To be even crasser about it still, it is an action most, if not all people, would take in the event that the legal avenues are closed or openly obstructed. We see this in literature which always imitates life, and the greatest illustration is given to us in Mario Puzo’s book The Godfather when the mortician who ignores Don Vito, as he wants to live a normal legal American life, is forced to go to the Don and ask him to murder people for him after his daughter was raped and beaten by two boys who got off due to political links.

The concept which Brown raised is not new. Again, it is logical to engage in vendettas and feuds when there is no hope for justice, when access to said justice is beyond one’s means and one is ground into a state of ignorance. This is where the State steps in with its awesome powers of social control and the sole legitimate monopoly on violence, to play the role of ensuring that justice is dispensed or, at the very least, seen to be dished out, and that is the conversation which our media and political classes refuse to engage in or even think about.

In a country where the capturing of criminals is rare and the actual locking up of them even rarer and a speedy trial rarer still, it is only logical to take matters into your own hands and it is hypocritical of people who know this to act otherwise. Yeah, it’s a crass statement, most home truths are, but simple disgust and condemnation will not stop what happened in MoBay when jungle justice was meted out to a man who shot a woman with a spear gun, or in Port Antonio when a bag snatcher was beaten to a pulp by a mob while the police watched (the irony being that Port Antonio centre is so small that the police must have known about the theft before the mob did its thing).

Sometime ago, in a past we can’t recall, ‘society’ made a deal that we would not carry out blood feuds and we would let a state, a group of elders, a religious leader or whatever, dispense an agreed upon form of justice so as to stop the never-ending feuds which would naturally result from taking matters into one’s own hands. Our State has clearly reneged on its end of the bargain.  It is lethargic in dispensing justice, rarely if ever captures the guilty party, and trials — if they are not ended due to lack of evidence — can often run on till the aggrieved party departs the earth. One is left with the two logical and natural options of not reporting incidents (thereby leaving criminals to commit more crimes) or taking matters into your own hands (creating the never-ending feuds as seen with the sons of gunmen who take up arms to avenge the unsolved deaths of fathers at the hands of other gunmen).

If we want to put an end to this jungle justice mentality, which is the natural response to a state which refuses to deal with justice in a timely and open fashion, then we need to create an environment where there is little waiting for a trial to start, a police force able to build an airtight case, and a prison system able to house and rehabilitate the offenders. Until these things are provided, jungle justice will be the norm. It will remain the logical option, and simply decrying the sentiment will change nothing.

Will the State save us from ourselves? Will it rescue us from our passions and implement a system which ensures that justice is served, seen to be served and served in a timely fashion? Can the State in its current make up achieve this basic requirement that any country must face if it is to be taken seriously and not fall victim to ‘failed state’ status? With both parties captured by vested interests, neither anchored by a core ideology (be it Marxism, liberalism, or conservativism) — and both, if we are frank with ourselves, littered with people who are either shady or so closely linked to criminals that their name invariably gets called up — I don’t expect them anytime soon to take meaningful action and implement the needed changes to bring an end to this scourge.

As always, when these things are discussed we come back to the same answer: an easy one to reach for and generally the best prescription, but a hell of a tonic to ingest even once you get past accepting it. We do not want jungle justice and our politicians are not creating an environment which makes jungle justice obsolete, therefore we need to organise our own political parties and movements, bring pressure to the PNP/JLP, get elected and either change the laws ourselves thereby making a country which no longer views jungle justice as needed or forcing the JLP/PNP through political force of might to act accordingly.

Will it be easy? No. It will be costly in terms of money and time and will consist of quite a few setbacks and subterfuge. It will mean going up against an establishment which has an interest in maintaining the status quo or something as close to it as possible, and that change always takes time both to win power and to make a lasting impression in terms of policies. Those on the side lines, particularly those in civil society who were so taken aback and disgusted by Brown’s comments must now put up or shut up. If it offends, if the truth makes you sick, if the material conditions around you disgust you, change them. Make an active effort to change the system rather than writing op-eds or feigning shock on the TV and radio.

If the natural response to a failing system is not to your liking, then salvage the system or create a new one which the people will accept. To simply condemn or to wave away like you are a grand king coming upon a preacher who displeases you is to simply bury your head in the sand like an ostrich.

Face the issue head on, admit and accept we have this problem, face up to what is broken and what is needed to fix it and then get to work doing it. Simple condemnation may make you feel good, may make you feel superior or more learned, but the facts on the ground say that the police have a less than 50% clear-up rate for reported crimes.

Let us learn from this, let us make justice easier to access for the masses, let us make the process speedier and let us make it more transparent. That, and not condemnation, is the only way to ensure that comments praising jungle justice are met with the universal condemnation they deserve, rather than the public half-hearted condemnation, followed swiftly by private off-the record statements of support.