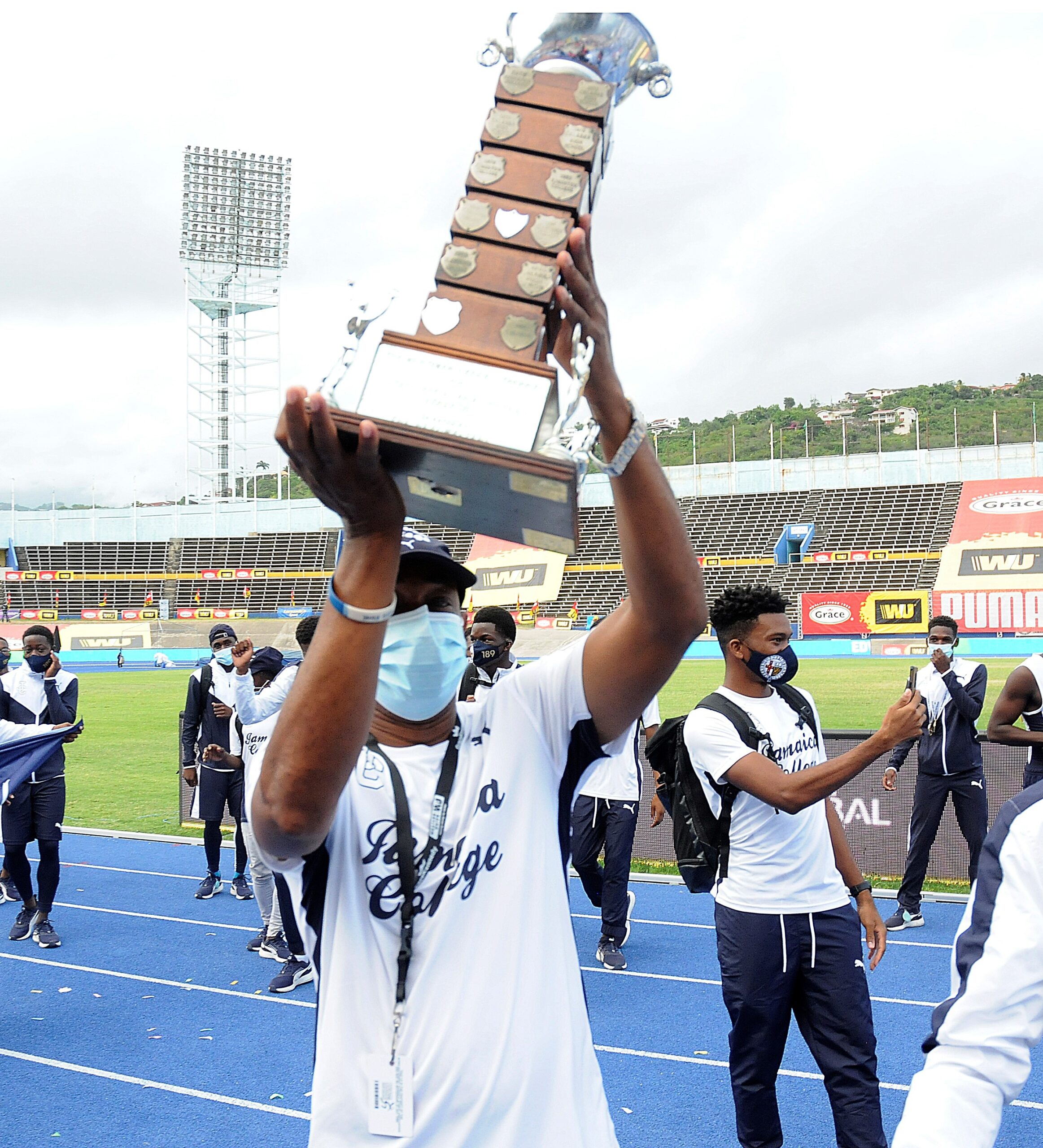 The well-known hymn’s promise is: “The strife is o’er, the battle won; now is the victor’s triumph sung.” After a decade Jamaica College has won the Boys’ athletic championship.  Edwin Allen has taken the Girls’ section. Congratulations to them both and may the athletes who gave of their best be inspired for their lifetimes. Only the best is good enough for excellence.

However, winning as a team is such a bonding experience for many of these young people who will go on to represent the country, and may be victorious at the Olympics or World Athletics Championships. It is an important learning and teaching moment.

Young people learn to appreciate the efforts of those athletes that they prevailed on the day, and know full well that it drives the ambition of those who did not win towards more serious training. For coaches and support teams, there is an opportunity to teach new strategies and improve techniques for the future.

Yet for many, their performance has not furthered their ambition to become Usain Bolt or Shelly-Ann Fraser-Pryce, and now they may have to put some more focus on their academic efforts. Yes there is something for everyone. The possible exception may be those fanatical alumni to whom winning is the only factor, and to whom the lifetime skills and goals of these young people can be sacrificed at the altar of a win.

Any particular school should have a tempered anticipation of winning rather than an expectation or divine right. All athletics suggest a timeframe for a particular crop of outstanding athletes, but these will leave schools, universities, and grow old and others will prosper. Nothing lasts forever, and our fantastic international experiences from 1948 and 1952 brought us to an unrealistic view that we (Jamaica) would be the champions forever. Yet that outstanding quartet did not attend the same high school.

The traditional schools that won in the early days were few, and allowing other non-traditional schools to participate then was simply “not on”. How many potentially great performers were denied access by what we now recognize as “classist discrimination”? This new paradigm must be about protecting and promoting our young people as they strive to succeed in a very different world to ours. So to all alumni I urge you to consider supporting all the athletes in positive ways that show that we can think beyond colours, especially those of you who have never represented your schools whilst a student there.

In addition there is a need for some restraint to the media sensationalism coming out of the celebration of a young athlete as he won an event in fine style. His celebration was strongly condemned by members of the media, and this sensationalism continued as a distraction long after the young man gave an apology.

In the meantime many people have actually died by real gunfire, women have been beaten, children have been raped, and people kidnapped, and these have received less attention than this youngster with fingers in the air in what they “define” as a gun salute. “How come?” Gun salutes were given at a number of funerals attended by prominent politicians, and they were not condemned by them. “How come?” Olint has gone with many Jamaicans’ money; David Smith has been found guilty in two jurisdictions and incarcerated, but not in Jamaica. “How come?” The list can go on and on.

In my lifetime Cowboys and Indians were movies and a game. Toy guns and bow and arrows for Christmas, nicely wrapped and enticing were well appreciated. They were not implements of discrimination at that time and we eagerly awaited Roy Rogers and Dale Evans; the Lone Ranger and Tonto; Gunfight at the O.K. Corral; John Wayne; Broderick Crawford; et al at the Saturday morning matinee. Hide and seek was not a devious terrorist game, and dandy shandy was not an early predecessor to waterboarding torture.

John Carlos’ and Tommy Smiths’ protest salute was not appreciated on the podium at the 1968 Olympic Games and they were ostracized by the International Olympic Committee and the USA. Avery Brundage, the then President of the I.O.C., said that the Nazi salute was a national gesture, while the clenched fist and black glove was personal and therefore not acceptable. I wish he had lived to see “Black Lives Matter”.

The West Indies refused to play cricket with South Africa, and the members of the Rebel Tour have been truly ostracized even to their death. The media and general public have had biases against sportspersons who ply their trade abroad, going as far back as my late friend Lindy Delapenha.

Biases abound and still we will not learn to be tolerant of the non-violent exuberance of teenagers. Our Government banned books by Eldridge Cleaver; Frantz Fanon; Malcolm X and others, as they were made to fear Black Power (largely due to the influence of the USA), and the words: “visit family in Cuba” was a non-starter for many Jamaicans.

So I humbly ask the media; the losing alumni; and other self-righteous people who wish to make a storm in a teacup out of four fingers in the air to try to attack the societal conditions in our country that encourage us to abandon so called norms affecting young people in Jamaica. Try an assault on something really debilitating to our society and speak and investigate the truth without fear.