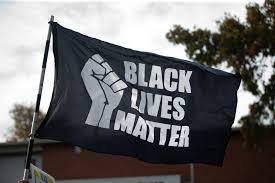 A recently published photograph illustrating this emphatic sentiment was emblazoned on a poster held by a middle-aged white woman at a protest rally.

From the image alone, it was obvious she and her fellow protesters seen in the periphery held the view of Critical Race Theory (“CRT”) as a method of purveying ideas which undergird the judgement of people by the colour of their skin. What got her to join or, possibly, to help orchestrate that protest? What was she thinking?

In actual fact, CRT is a perspective developed to surveil and to critically assess all assumptions on race — whether held by white or black people — with a view to determine their impact on society in the world of American jurisprudence. Had this woman in question done any reading on the subject? Or was she swayed, as it were, like a reed blown in a wind of controversy created by people running for public office with hidden agendas? If she had, what did she read? Was it gleaned from primary or from secondary sources?

Any genuine and objectively thorough research on CRT would have guided her to the truth of its origins and intent. Why then did she persist by lending an eager hand to propagate the notion that CRT was being taught to children in schools when it is, in fact, a highly technical subject taught only at the tertiary level and only to prospective legal practitioners?

Were the concepts of “race” and of “racism” purely abstract terminologies separated from the horrors of the American historical and contemporary social experiences as she saw them? If she was one to persist by saying that they are terms which are and which have always been applicable to all races within the American milieu, what then was the experience of white people with respect to racism? What forms did it take for them? Who were its perpetrators? How long did white people have to bear it? What social, psychological and physical injuries did they sustain? How does racism affect them today? How does it use the system to work against them? Which of their rights has been impaired by it?

Was the oppression and the exploitation brought on by racism that were exacted upon her people enshrined in the Constitution by the nation’s founding fathers? If so, to what end? As a result of such “missed-steps” on their part was the Constitution then later revisited and then revised in order to correct its “weaknesses” and to stop the wrongs and the hardships that were foisted upon white people? Was the Civil War waged over white people? What does history say on the matter? Did the 13th Amendment, for example, free white people from servitude? Did the 14th Amendment recognize them as citizens? If, so, from which period of US history did they not enjoy the right of citizenship? And, did the 15th Amendment give them the right to vote? Who or what was the obstacle to their suffrage?

As she is opposed to academic subjects on racism that might offend children or, strangely, that might make them feel guilty because of anything that their forebears might have done, what method does she propose, then, in order to teach a “painless history” — if there is, indeed, such a thing — of the US Constitution, with all its challenges and triumphs, without managing to offend their fragile sensibilities? And, aside from that, what shame do blacks and other minorities share in the nation’s racist past? How did their ancestors dirty their hands in that sordid affair, if in fact they ever did?

Could it be that she is one of those pushing the farce of a “race neutral” approach to everything? And, if so, what, essentially, is that world view? The consensus of many in the African-American community is that a “race neutral” approach is a call by white America to end inequality and oppression caused by their racism while they are still ahead in the race of life due to the handicaps that it placed on people of colour. It is a manoeuvre that maintains their unfair advantage. It is a “partial impartiality.” It is a pretext without a context. It is plausible deniability for their racist past, and one which makes the victims of their racism sound racist for daring to criticize them and to seek redress.

It is old, threadbare, explicit racism wearing a new and an artfully crafted, implicit prejudice. It is a fallacy of ambiguity, an abstraction treated as concrete reality. It is sleight of hand with a stacked deck of cards with the black man always the loser. It is professed redress without a sincere apology. It is a moral coordinate having latitude without longitude. It is as a marionette denying that it ever had strings. It presents itself as logic that is more objective than the lens of race used by CRT to assess social inequity and oppression, but with manipulated data and with little or no regard for concealed motives behind public policy and legal action.

Assuming that her concerns about racism go well beyond the matter of CRT, was she a part of any of the protests affirming the fact that black lives do matter? Did she attend any against the upsurge of violence against Asian-Americans? Did she tremble at the sight of white men marching with torches angrily chanting that Jews would not replace them on cable news networks? Did her heart ache for the young white woman whose life was brutally taken from her by an enraged racist white man who, in the process of mowing down peaceful protesters against injustice meted out to black people, killed her? If she did, well good for her!! She ought to be supported, and her ignorance about CTR excused.

The words on her placard were, in part, those of the late civil rights leader, Dr Martin Luther King, Jr., in a famous speech that he delivered on the steps of the Lincoln Memorial in Washington, DC on August 28, 1963. They predated CRT which emerged in 1989. Was she aware of the reasons behind that march on Washington at the time? Civil rights leaders A Philip Randolph and Bayard Rustin had planned it so as to protest segregation against African-Americans by white society, and against the lack of voting rights and unemployment among the same in the north as well as in the south. Of whose struggles was the esteemed leader speaking about that day? Did she read his speech or listen to the audio recording of it in its entirety?

When words are viewed, assessed and used in abstract, outside of their historical, social and cultural contexts it is quite easy to put any “spin” on them and, as a consequence, to be able to use them towards whatever ends. Was that woman, therefore, appropriating Dr King’s words correctly? Did the experience of her people, assuming that she was thinking mainly of them, match the ordeal of African-Americans which they were forced to endure for centuries? And what of the prospects of white children for the future when juxtaposed against those of black children? What threatens their welfare in this land?

As this writer must be careful in his assumptions about the woman in the photograph with her placard — as to what she was thinking, as to her political and religious views on race, and even as to her character — he must not leave his readers with any assumptions or doubts about the speech delivered by Dr King on the steps of the Lincoln Memorial in 1963. It is a speech, forged by an eloquence that is no less than that of Cato’s, which resonates 59 years later. Perhaps her interpretation of it is correct and that of this writer’s is not. And so, to prevent any misunderstanding, doubts, confusion or bias on this writer’s part he will allow Dr King’s words to speak for themselves with a longer excerpt from his famous speech in this op-ed than her placard had allowed:

“Five score years ago, a great American, in whose symbolic shadow we stand today, signed the Emancipation Proclamation. This momentous decree came as a great beacon light of hope to millions of Negro slaves who had been seared in the flames of withering injustice. It came as a joyous daybreak to end the long night of their captivity.

One hundred years later the Negro is still languished in the corners of American society and finds himself in exile in his own land. And so, we’ve come here today to dramatize a shameful condition. In a sense we’ve come to our nation’s capital to cash a cheque.

When the architects of our republic wrote the magnificent words of the Constitution and the Declaration of Independence, they were signing a promissory note to which every American was to fall heir. This note was a promise that all men — yes, black men as well as white men — would be guaranteed the unalienable rights of life, liberty and the pursuit of happiness.

It is obvious today that America has defaulted on this promissory note insofar as her citizens of colour are concerned. Instead of honouring this sacred obligation, America has given the Negro people a bad cheque, a cheque which has come back marked insufficient funds.”