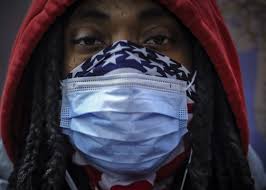 During the first seven months of 2020, I did not personally know anyone who had COVID-19 and therefore I was unaware of persons known to me who had died. Since mid-August, I am up to a count of ten persons who have died that I knew. We have had no funerals where Jamaican cultural norms would have allowed an opportunity to show our respects and loving comfort in person.

At first that seemed very abnormal for despite the levels of crime, family and friends support each other during times of adversity and death. Our community support to grieving relatives has been interrupted, and their resumption of normality will not be the same anymore. For persons who read the death announcements columns, and save the funeral programmes have lost those aids to memories.

In ten or fewer years those of us of advanced years will be unable to recall whether or not Mass Joe is still alive or dead. Unlike those who went to the large funerals where the occasion alone brings closure to the fact that Mass Joe has passed on, it will forever be like the Vietnam War and in our minds it will be like Missing in Action, file remains open as the body was not recovered.  We have already studied the effects on the families of MIA’s and it is not lovely.

A funny situation resurfaced in my ancient memory recently. I was returning from a Byron Lee dance at Morgan’s Harbour at about 2.00am when I had to stop to take a quick leak. Quite by accident I chose the deserted spot with the luminescent water running under the road. My then girlfriend and her best friend drove off the car leaving me urinating in the dark night with only the luminescence generated by the flow. All I could think about in the pitch darkness was whether or not Woppi King (who reportedly killed Fillup) was alive or dead.

This situation happens as we get older as there are normally more people in our age group who die (usually by natural causes), and we are usually able to cope. The same may not be true as it relates to those we know who have died in accidents or violent circumstances. The mind, to my untrained observation, seems to place those memories in a long term storage not made for easy retrieval.

Unless there is a trigger such as a court case or an official inquiry we are likely to forget the names of those killed in Green Bay; Ted Ogilvie; Orange Lane Fire; the Tivoli Incursion; our friend Keith Clarke; these events and their horror encourage us to conveniently forget for our own self-preservation. Those of us who remember are forced to wage a constant battle against impending dangers, and we try to warn others but it is like whistling in a hurricane and expecting to be heard.

Such an occurrence is taking place now and I describe it as COVID-19 communications. The Minister and the Ministry of Health and Wellness made a very good start by alerting us to the dangers posed by the POTENTIAL spread even as it seemed to only be a Chinese problem. The second phase was the spread to Europe and the USA, and again this was handled well. Both phases lent themselves to internationally compatible standards, following the lines of the WHO and PAHO. As this progressed we even forgot the fact that PAHO had said not to wear masks in about March as it was not airborne, and such advice was boldly in the news.

The WHO this week suggested that we should not use lockdowns as a measure to control the spread of the virus as lockdown makes poor people poorer. They suggest that we should use statistics and other measures to isolate sources, and invest in more equipment to treat the spread. Good lord I don’t know of any person in the hospital dying from statistics. I humbly submit that the said international agency knows nothing about “nuff gal and gal in a bundle; gal from Rema and gal from Jungle”.

It is here that by following internationally generated politically influenced statements that things began to fall apart as we approached Phase 3. Our cultural and societal norms do not readily give themselves to social distancing. The concepts of extended families; school friends; crowded accommodations; lack of open green spaces; polygamy; “trailer load”; and the ever-present threat of “Bun or Joe Grind”; are factors that may not be as prevalent in other countries.

Phase 4 and all succeeding Phases will require a total reassessment of the messaging and the language that may be effective. Going forward, our Ministry needs suggestions to effectively encourage the communications that may assist the reduction in the spread of the virus.

Sadly for the so-called prim and proper of our society, this messaging must include the language that is most effective in achieving our goals, and for that we have our own Jamaican repertoire of expressive language. As Lloyd Lovindeer said “dem kinda fuss mek Christian cuss, when yu haffe ride on di blinkin bus”. (The same treatment is needed for traffic as well but that is another story altogether.)

“Mi seh fi put on yu mask or mi ago tump yu in yu b…o, is my Granny dat raise me yu wan fi kill off?  A whoa!” Careless boy! This may be one extreme in communication but it works.

At the other end of the spectrum is the message that wrenches your heart like “save starving children in Africa for only $19 per month”. It is a heart wrenching video and many of us cry at the footage, but it is dramatic and effective. Children with wide plaintive eyes, ribs showing, bloated bellies, and flies swarming on the frail bodies, is a sight that startles us to the reality that our children would never be like that. Well check the nightly news.

In our current context the image of our grandmother gasping for breath as she dies from COVID infection complications that we brought home from the dancehall, bird bush, uptown party, or inside some posh hotel party, may seem crude, but I believe that many may hear the message. Killing our own loved ones by careless and infectious behavior is as impactful as the horror and remorse of driving drunk and killing your own children in the crash.

Grandmothers are not in any way different whether uptown or downtown. We have a local heritage of “Granny grow me”; accompanied by the single most insulting taunt in the Jamaican language, a particular reference to one’s mother. It is our Ying and Yang; the extremes of good and evil; the Alpha and Omega of our language and culture.

I remember the songs: “hurry up and come back was the last thing she said to her son, the day his life was taken”; or “Earth a run red, ten year old a look dem owna tea bread”; powerful, locally focused, and understandable. I doubt that the international agencies comprehend “tea bread”.

The challenge therefore is to find a communication balance that motivates all Jamaicans to observe the behaviors that will reduce the community spread that is the major challenge in this Phase. To attempt to do this in the “Queen’s English” may not be our best or only strategy at this time.

A failure to adapt will not only bring about our demise, we may dead to r..s.