Glaring Issues With The Dog Law… Despite The Fanfare 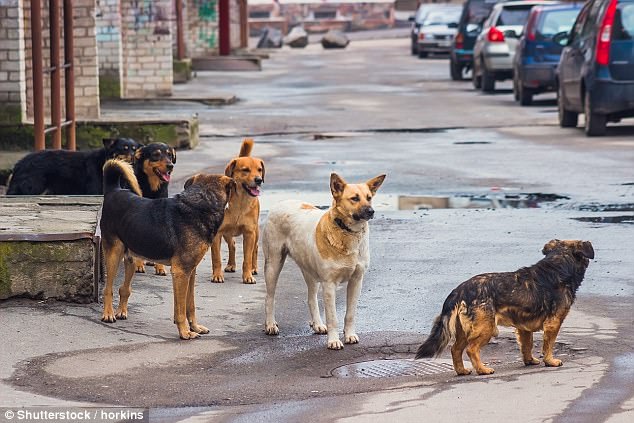 Jamaica has passed a new law pertaining to dogs and, on the face of it, it’s a good thing that all should welcome. The law I refer to strengthens penalties against dog owners whose pets have attacked someone.

The law should be accepted in good spirit because too often we see and hear tales of people being viciously attacked and sometimes killed by dogs whose owners deny responsibility. This should be even more welcome as it has forced the State to modify and modernise a law that had penalties and fine that were laughably stuck in the 19th century.

Some key questions do come up from this law, and while they may seem funny or outlandish, on the face of it  these questions have been raised by members of the veterinary community, animal welfare advocates and people in general who see some glaring issues or unaddressed areas in the law, despite the fanfare.

The first and possibly the most important question is, who does one turn to in the event that a random Jamaican brown dog, that is the stray with no owner, attacks you? Does the State pay, does one go to the local government ministry, or does one bring the complaint to local government authorities? Will the issue be treated with the same speed (rather lethargy) which currently greets you when you seek damages from the State? Will the State be covering the potential long-term medical costs which often  accompany such attacks?

The second question is, what is the plan for all of the stray dogs that pose a real physical danger to people and an undetermined financial loss to the State? Do we impound them?  Do we have enough pounds? Will we have a State dogcatcher agency, will it be devolved to the parish councils or will it be left to private entities? What do we do with the carcasses, where do we dispose them, which facility will we be using for the humane dispatching of these animals? Who will regulate either the State body or the private entity? If we have no plans to kill these dogs, what do we do with them, who adopts them, or which run of land do we set them off on?

A third question which remains the elephant in the room we all hesitate to address but which Jamaica Society for the Prevention of Cruelty to Animals rightly brings up is, how do we stop the stray problem? Do we legislate that the animals must be spayed and neutered? Do we fine people who do not follow the guidelines? Do we seize the animals? Do we then put down the animals or put them up for adoption?

These unanswered questions, and the fact that they were not even thought of in the drafting reflect so much on how the State tackles issues brought before it. It is always reactive, lacking in planning, never of deep thought and always with a sense of not taking things seriously. We see this with our reaction to COVID-19 as, some 8 months into the pandemic, there is no firm plan as to how to have schoolchildren receive education. We see it with our roads which are always in a state of disrepair because no planning is put in place and we are always reacting to the next big roadwork emergency. We even see this in its most pronounced manner in the form of crime fighting, as the State goes from one reactive measure to another, never stopping to actually think, in a serious manner, what is needed to stem the flow of blood.

Will we accept yet another reactive measure? Will we all now be silent when John Q Public is attacked by a pack of wild dogs because the Government acted? True, as I mention earlier, there are some positives, but these positives, truth be told, needed to be addressed anyway and should have been addressed in a larger Bill modifying penalties.

Will we sit back in silence as the roads, which were rushed and done in a slapdash manner to accommodate ‘planned opening ceremonies’, fall apart in under a year’s time when the rainy season hits? Will we twiddle our thumbs and look to our navels when the next earth-stopping event hits and a third or more of the populace cannot reliably and consistently access a good which has seemingly become secondary to only water — the Internet?

It may sound like a joke, but a serious question is, what is the endgame for a law regulating dogs when we can’t get or haven’t thought of getting people to round up the stray dogs and find places to keep them? The answer is obvious: window dressing and the ability to say I did something while the public accepts or turns a blind eye to the glaring pitfalls in an exercise which is similar to pushing papers. The problem remains.  All the work and window dressing end up being for naught as people will still be mauled by dogs that roam the streets with no owners. Just as how all the paper pushing and window dressing with public transportation has left us with the same problem.

It is delicious irony and, in all ways, sad that this Bill with all its confusion and lack of answers was passed. Jamaica, a nation whose leaders are, in the end, unable to even deal with dogs — be they stray or belonging to an owner — is, of course, unable to deal with the major life-altering issues of food security, national security, education, health, the economy, or social inequalities. The numbers show that the majority have no faith or expectations that the people in charge will change and, as a result, things could go one of two ways: they either go further down the tube and we all end up living in a hell we only see on TV or the people act and demand a change even if they have to implement it themselves.

I am not naturally an optimist, but the shoots we see already sprouting show that people are leaning towards the latter. They want a change, and as seen by people patching roads themselves and from monies divvied up from the community or their own pockets, we see them implementing changes where they can themselves.

Maybe, just maybe, we may see people not accepting the half measures as laid out in this law and we will see them either demanding more or taking things into their own and community hands. Time will tell.