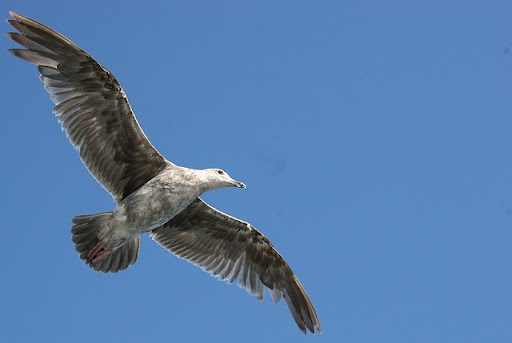 This seems to be an idea whose time has come…..

Disconcerting and perplexing as are current events, it’s not as if we were not warned. One of the most astute observations, albeit nearly 200 years ago, was that of the French philosopher, Alexis de Touqueville, who was fascinated with the concept of freedom with respect to democracy in America. He travelled there in 1831 to study the underpinnings of democracy and their effect on freedom and made an astute conclusion which can be found in his well known book, Democracy in America.

Looking at times past, he realized that people needed a central point of reference to form their worldview. This took various forms including religion, clergy, monarchy, and aristocracy. In America, however, one of its most significant founding features was that of equality (at least in theory if not in practice). This meant that previous points of reference were no longer valid.

But people’s need for one still being there, a new point of reference emerged from this new paradigm — that of public opinion. Touqueville observed that the subservience of Americans to public opinion as their new point of reference negated any possibility of freedom in American democracy since it was quickly found that power could be derived through the ability to manipulate public opinion. This, as we all have seen, is true not only in politics but in merchandising, fashion, lifestyle, the pursuit of happiness, and, not least, religion. The person or group that can most successfully manipulate public opinion in their favour will stand on top of the hill as well as ensure that no one else can get there.

The first casualty of this arrangement is truth. If the vehicle for one’s agenda is to gain favourable public opinion and, concurrently, to see that others appear unfavourably in the public eye, then truth becomes irrelevant. No one wants to be lied to. No one wants to be “used” by another party. But we regularly fall into that greased salad bowl. Why? Arising from this sobering arrangement are the critical roles of education and the media.

Let me be clear about the matter of education. However it is derived — school, home, personal experience — the education I am referring to is not the assimilation of facts and formulas, rather the ability to engage in deductive reasoning, to be able to compare ideas through various means in order to determine which has the greater likelihood of being true and, once deemed as true, to understand and accept that whatever we know is always subject to the possibility of clarifying or new evidence.

For something to be true, it must potentially be so for all people, even if current circumstances have not yet caught up with the understanding of truth. This raises the sometimes uncomfortable point that truth is relative.

Try as we might, we have no access to the essence of anything. Rather, we understand things through their attributes or qualities. Truth, or rather our understanding of it, evolves along with our own ongoing investigation, life experience, collective experience, and maturity. One realizes then that this reality leaves a door wide open for manipulation.

For the present purpose and the limitations of a short article, suffice it to say that this places enormous responsibility on us to become educated, discerning, and understanding of the unity of all things. The more we discover about the nature of the universe and of sub-atomic structure, the more we are faced with evidence that all that is there is a single reality, albeit diverse beyond comprehension. As such, an action that subjugates or infringes on the integrity of any of the component parts is, in fact, a blow to the entire creation.

This plays heavily on the integrity of the media and on our own initiative to understand, to the full extent of our limitations, the truth of all matters and to see all matters in light of the indescribable privilege of existence — that we are one with each other and one with nature, that what we call creation is so elegantly synchronized that it can only be the outward description of a single truth. Will we not behave accordingly? Will we not take responsibility to try to understand it, take responsibility for what we say about it, and how we present it?

There is no act that does not either respect or damage this single process. How will we choose? Will we allow ourselves to become exponents of truth as the first tool of justice and to gain the dignity inherent in detachment from all we “know” and in the genuine search for truth?

Our responsibility is succinctly stated in the Bahá’í writings:

“O SON OF SPIRIT! The best beloved of all things in My sight is Justice; turn not away therefrom if thou desirest Me, and neglect it not that I may confide in thee. By its aid thou shalt see with thine own eyes and not through the eyes of others, and shalt know of thine own knowledge and not through the knowledge of thy neighbour. Ponder this in thy heart; how it behooveth thee to be. Verily justice is My gift to thee and the sign of My loving-kindness. Set it then before thine eyes.”