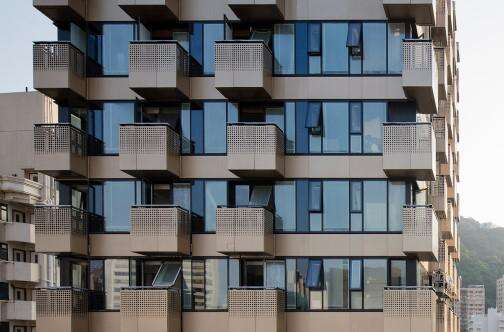 Public outcry has grown in recent months about unplanned, unregulated building developments across the Kingston Metropolitan Area.  The face of the city’s suburbs is changing rapidly as single-family houses are being replaced by multi-storied apartment complexes. In some instances, entire residential neighbourhoods are being taken over by businesses.

Many of these developments are in violation of existing covenants and development orders, have bypassed rigorous inspection by municipal authorities, or are otherwise in breach of the Building Act. In response, citizens in neighbourhoods such as Acadia, Charlemont Drive, Eastwood Park Gardens, the Golden Triangle, Salisbury Avenue and Paddington Terrace have been meeting within their respective communities and in the recently formed coalition group, Rights to the City, to assess the extent of the problem and to act. In a few instances, developers have been taken to court by aggrieved citizens for breaching approved permits and regulations and have been found in violation.

Why should the wider public be concerned with these issues?

Because they impact the delivery of services and quality of life for all residents of the city.

Importantly, there is no comprehensive plan for the urban area to help direct the process of development. In the absence of a comprehensive master plan, a Provisional Development Order (PDO) was prepared in 2017 to guide development within designated areas of Kingston and St. Andrew. Five years later, however, this development order has not been enacted into law and thus cannot be enforced. Moreover, as architect Clifton Yap points out, although the provisional development order “tries to be very specific about what can or cannot be done within the boundaries of individual properties, it totally fails to set any guidelines for the orderly and sustainable development of the Public Realm outside of these boundaries.” Even after the development order is enacted, citizens still need to continue to press for comprehensive development planning.

In the absence of a comprehensive plan, the National Works Agency (NWA) has been widening many of the city’s major roads and adding rigid median barriers to facilitate the speedier movement of auto traffic. The road widening projects disregard the needs of the 80% of Jamaicans who walk and take public transportation and cater to the 20% minority who own cars. These new highways are splintering communities. They impede and imperil pedestrians. They discourage the kinds of mixed-use development that planners worldwide agree make for more interesting, safe, and livable cities and that serve to reduce the need to use cars to get to and from work and for other routine trips.

The new highways and high-rise developments are adding concrete and paved surfaces that radiate heat; they are drastically reducing Kingston’s tree-cover: increasing water runoff when it rains, and making the city an even hotter, less attractive place to live in this era of global warming.

While the new high-rise complexes are increasing residential densities, no provisions are being made to create parks, libraries, playgrounds, and inviting public spaces to encourage community connections and civic engagement and to relieve the strains of apartment living. Likewise, there is no evidence that other vital public services such as water, sewage, electricity, and solid waste disposal can adequately meet the increased demands being placed on them by higher settlement densities, nor that the agencies that provide these services are being duly consulted before developments are approved.

The number of housing units that some developers are adding in suburban neighbourhoods exceeds the more manageable increases recommended in the 2017 PDO. Instead of aggressively expanding and densifying the suburbs, internationally accepted planning practices and Jamaica’s limited resources suggest that developers should be creating more mixed-use properties in and around existing commercial hubs. Such developments would then be closer to work and public transportation, police and fire stations, shopping facilities, and more. The increased residential densities would then be better supported by existing public utilities infrastructure and, importantly, that infrastructure could be more efficiently and cost-effectively upgraded if necessary.

Complaints by citizens and community groups show that the main regulatory agencies — the Kingston & St. Andrew Municipal Corporation (KSAMC) and the National Environment and Planning Agency (NEPA) — have been dilatory in following up on community concerns and in inspecting and insisting on corrections to be made to building projects that violate their approved plans or breach regulations and best practices under existing laws.

Examples include several cases where developers have increased the height and number of habitable rooms beyond what had been approved by the KSAMC. Developers also routinely flaunt legal provisions requiring that property owners in the vicinity be adequately informed about applications to alter existing covenants. Moreover, posted notices of intent to build on specific sites are often barely readable and placed in obscure locations. These practices prevent neighbours or other aggrieved people from being sufficiently informed about projects in their area and deprive them of opportunities to raise objections before permits are issued, as the law requires. Tardiness and negligence on the part of KSAMC and NEPA raise serious questions as to whether they or their employees are being knowingly complicit in allowing violations by developers.

The actions taken by community groups to expose these serious urban issues have led to favourable judgments in a few court cases, significant media coverage, and some limited response on the part of municipal and State authorities.

The Mayor and Chief Executive Officer of the KSAMC met recently with representatives of citizens’ organizations to discuss their concerns, and these organizations are also slated to meet with the Infrastructure Committee of Parliament.

Though relatively small, these gains point to the value of people coming together for the good of their communities and the city at large. To support and grow these efforts you may consider joining one of the local neighbourhood associations that are actively involved in advocating greater regulation, transparency, and enforcement, and comprehensive planning to improve the quality of urban life.