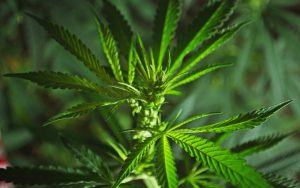 My father was a barrister and a member of the People’s National Party (whose Leader Hon. Norman Manley was father of my father’s closest childhood friend,  Michael Manley, who would later on become the fourth Prime Minister of Independent Jamaica, in 1972.)

This background is to indicate the type of upbringing that I would have been expected to have experienced as a child, as one coming from the upper echelons of society.

We did enjoy a lifestyle that was only accessible by perhaps 10% of the population. For example, in 1962, the year of Jamaica’s Independence, we spent the summer in England. This trip was of tremendous importance in the establishment of my social identity as after experiencing blatant racial discrimination, something which I had never encountered in Jamaica, I developed my Afrocentric consciousness and a healthy attitude of suspicion toward the prevailing world view of European superiority.

The ganja issue was constantly in the social consciousness, as media coverage of persons brought before the courts for possession or cultivation was regular, especially adherents of the Rastafarian movement, started in 1930 when Ras Tafari Makonnen was crowned Emperor Haile Selassie I of Ethiopia, bearing  the titles, King of Kings, Lord of Lords, Conquering Lion of the Tribe of Judah.

Rastafarians use of ganja as a religious sacrament involves close association of cannabis usage with prayers and meditation, holiness and peacefulness.

The persecution of Rastafarians was a consistent feature of life. Cannabis cultivation and use were the excuses for the persecution. I do believe that this factor contributed to increased usage among the general youth population in economically depressed areas, as intelligent youth could differentiate between the heartless brutality and ignorance, displayed by the agents of the neo colonial state, and the kindness, consciousness, compassion and wisdom, displayed by ganja-smoking Rastas.

1962 brought Independence and a new Government, which in 1963 displayed the full brunt of the vile nature of the State’s policies towards ganja and Rastafarians in particular. There was an incident in Coral Gardens, Montego Bay, which involved some bearded men, and resulted in multiple murders, which was responded to by the Government with an order to round up all Rastas, wherever they were to be found, and hundreds if not thousands were detained and trimmed, forcibly.

Persecution through the anti-cannabis laws escalated thereafter, and during the aftermath of this incident, brought legislation which provided that mere possession of even a single seed of ganja would, on conviction, entitle you to free board and lodgings in one of Her Majesty’s correctional facilities for a MANDATORY period of 18 MONTHS .

By 1972, the landscape was changing irrevocably. Ganja use had escalated tremendously and was now a feature among all social classes, especially among young people (15-25), a trend which was observed worldwide, as peace movements and anti-war groups and other interest groups openly associated with cannabis use.

In Jamaica, a change of Government took place in February 1972 when the new Administration led by Hon Michael Manley relaxed the Laws permitting discretion of the judge with respect to custodial sentences for mere possession, but cultivation and any other economic activity associated with the plant remained illegal.

This period produced a new set of entrepreneurs who operated very skillfully under the radar and established an underground industry. This industry thrived, producing much wealth for those who managed to “Land de Plane” successfully, i.e. to have their produce landed in the US without detection, for distribution at lucrative prices on the streets of the US.

This phenomenon  continued throughout the 80s, but became even more egregious, as cocaine smuggling was a logical expansion path for many of these sub-judice  ganja enterprises, and cocaine use gradually became a significant part of the social landscape, driven in part by its ready availability at affordable prices.

Criminal empires continued to expand during the 90s and early 21st century, while usage continued tog escalate. The ganja laws were ignored with impunity, and even law enforcement officers did not care to prosecute on every occasion when a suspect was caught with ganja, as the paper work and other duties attached to an arrest were too onerous, and truth be told, these cases were burdening the whole Justice system.

Judges were giving fines of J$100 for possession of one cigarette, an amount that could not even cover the costs of the paper work.  At the same time respect for the principle of the rule of law, the cornerstone of viable democracy, has been diminishing.

The full effects of our collective national actions (or lack thereof) came home to roost finally in 2010 when security forces — attempting to apprehend one of Jamaica’s biggest drug lords, Christopher Coke a.k.a. Dudus at the behest of an extradition order, to stand trial in the US for multiple drug and gun-related charges — attacked the stronghold of the “Don” and over 70 persons lost their lives.

Developments in North America which saw several states recently voting to decriminalize marijuana for medical and recreational purposes (notably, Colorado), and Canada and the subsequent successes being experienced in many aspects of life — reduced crime, increasing numbers attesting to the relief (medical) of suffering, a decrease in the number of new teenage users, a huge increase in tax revenues, employment opportunities, etc — sparked a lively debate in Jamaica which resulted in our Government passing legislation early in 2015 which allows for possession of small quantities for any purpose, and makes exceptions for general usage by Rastafarians as a sacrament, and production, distribution and possession for purposes of medical and other research etc are to be regulated and monitored.

We have come a long way, but there is potential for so much more from a cannabis industry in a legal regulated framework, not only dollar value but for social cohesion and national unity.

While the efforts to table and pass into law, statutes that allow for possession of small amounts for medicinal and recreational and religious purposes are applauded as at least a step in the right direction, the powers that be need to carefully consider the ramifications of this legislation as far as enforcement on a daily basis is confirmed. Does not such legislation that requires interpretations and judgment calls on the part of the enforcer, represent an open invitation to corrupt practice?

Will the police be required to walk with scales to determine the weight of the ganja?  Will all Rastafarians be required to walk with a religious identity card (certified by who?) that confirms them as practising Rastafarians? Who will determine who is allowed to plant and who is not? Will this result in more cooperation with the police as far as identifying illegal producers and stamping out gun-running? I think not.

To those who are concerned with  the harmful effects of ganja smoking, as exhibited by many who come to the attention of social agencies, the question that I ask is “Are the current laws and their enforcement working to deter new users, and if not, why continue to do the same thing and expect a different result?”

Or is it that the current state of affairs as obtains in the illegal drug trade, (gun-running, disrespect for law and law enforcement, money laundering, the proceeds of the trade going into the hands of a few without the state receiving directly any part thereof, and most importantly the continued abuse of our citizens’ human rights and in some instances persecution and brutalization even unto death etc etc….) should be allowed to continue?.

Ganja needs to be destigmatized, and the issue dealt with intelligently through research and education of the general populace.

Finally, it is unfortunately necessary to again bring into the spotlight, the true fact (deliberate emphasis) that Jamaica remains a principal supplier nation to the USA’s illegal market. Consider that not one cent of the derived proceeds enters the coffers of Government, directly. This activity could be more successfully tackled in an atmosphere of legal status, as we could not, of course, sanction exports to nations (ports) that do not permit us to so do.

All exports leaving Jamaica would then be under official microscope, as the people would ensure that the gangsters running large scale illegal operations in the past, either adapt to the regulations or disappear. The possibilities for economic effect in terms of employment and growth are urgent topics that researchers should explore extensively.

For further more detailed information on the historical use of marijuana please visit the sites indicated below: