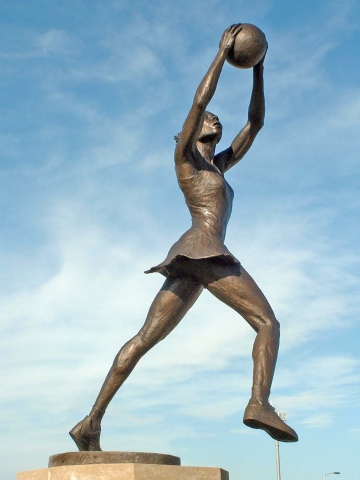 There is a highly developed strategy which was initiated and perfected by the police decades ago, to take pressure off them fornon-performance. It has been so successful that I see it is now being adopted by other agencies, the latest being the National Road Safety Council(NRSC.)

In case you never noticed, the moment someone of little or no influence or wealth is murdered in Jamaica, the police immediately issue a statement without providing any evidence at all, claiming the victim had been involved in some kind of illegal activity.

And it has worked wonders for them, as unless the victim is an affluent person or social influencer, no pressure is put on them to solve the murder, so they get away with doing very little or nothing.

On August 13 I heard Dr. Lucien Jones, vice chairman of the NRSC, spewing the same crap on RJR news.

The news item surrounded the fact that three pedestrians had been killed during the week. His brilliant contribution to the news was to condemn pedestrians for not being more careful and dressing properly!

I wonder what is Dr. Jones’ experience as a pedestrian? I suspect none, for if he had any, he would realize that most of us value our lives and limbs — except for the random drunk or those who like to fly high.

More often, it is the motorists who drive as if it is okay to wipe us off the face of the earth.

I suppose Dr. Jones thought he could deflect blame from the real culprits by his intervention, for the real delinquents are often not the pedestrians, but Government, (local and central) as well the National Works Agency and NRSC.

Yes, them too, for what educational programmes do they really provide?

As to Government, one would think that in a country barely able to import fuel they would be more caring towards those who have to use the ‘ten toe turbo.’

Look at this latest initiative from our caring Government!

According to the JIS; “The import duty on electric vehicles has been reduced from 30 per cent to 10 per cent and purchasers will not have to pay motor vehicle licence fees over the next five years. The measures, which took effect on July 14, are supporting Jamaica’s transition from a high dependence on petroleum for motor vehicles by making it more affordable for Jamaicans to acquire electric vehicles.

“This was made possible when the House of Representatives on Tuesday approved the Customs Tariff (Revision) (Amendment) (No. 2), Resolution, 2022, and the Road Traffic (Licence Duties) Order, 2022, and Resolution to give effect to the measures. Minister of Finance and the Public Service Dr Nigel Clarke informed that the lower duty rates and the elimination of the fee requirement apply to electric vehicles that are three years old or less at the time of importation.”

Ever wonder who drives electric vehicles? The rich, of course.

In the meantime, the very poor who often can’t even buy a bicycle because of the high import duty, must continue to endanger their lives by walking on roads which have no sidewalks. And where they exist, they are designed to harm you not help you, as they are often full of holes or have huge cracks on which you are bound tobuck yu foot and bruk summen.

A perfect example is the essential West Avenue corridor, which runs from the busy Constant Spring Road to Dunrobin Avenue in Kingston. This road is used daily by hundreds of kids from The Queens School and a number of basic and kindergarten schools nearby. Yet, not only are there very few patches of sidewalk which are not overtaken by grass and weeds, but also where you see any, they are in such a bad condition that pedestrians have no alternative but to walk in the road.

Yes, we need to celebrate our 60 years of Independence from Britain for our sports men/women and cultural icons have made our country well known and respected throughout the world.
However, successive governments have given us nothing to celebrate, considering our high crime rate, poor educational achievements (read Bruce Golding’s recent analysis) poor transportation system, high level of poverty, the constant dangers under which we have to exist, be it from police, gunmen, or inconsiderate and dangerous road users.

—           Joan Williams is a retired radio talk show host. She can be contacted at; [email protected] or followed at; Joan my-views.com