Biotech — Boy, Have We Come A Long Way! 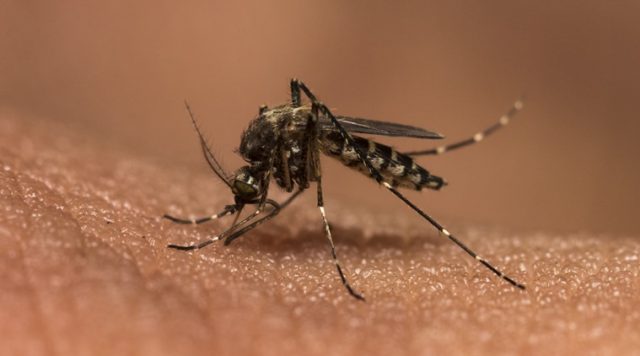 The twentieth century word “Biotechnology” was coined to depict the creation of useful products with the aid of living organisms.  So, for example, several of our prized foods such as bread, yoghurt, beer, fermented sausages result from the application of biotechnology.   Near the turn of the 21st century this all changed.   Modern Biotechnology was equated with Genetically Modified Foods, known as GM Foods and GMOs (genetically modified organisms).

The saying “nature abhors a vacuum” was evident as consumers were bombarded with information from non- and quasi-scientists about the “dark side” of GM foods.   The then silent scientists were seen as the bad guys playing God and messing with nature.  After all, we were placing genes from unrelated species in food, albeit to improve resistance to drought or improve productivity.

Soon, at the mention of GM Food, the man-in-the-street conjured images of food that was unnatural, aberrant, perverted in some way, with images of monsters, “science gone bad”….. Frankenfood. By the way, scientists should have gained invaluable lessons about the double-edged sword of communication.  Hopefully post-graduate studies, scientific research programmes, and projects have since included training of scientists in the art and value of communication to the end-users of R&D products and services. I digress.

Almost every country in the world has signed the international protocol guiding the safe transboundary movement, handling and use of commodities and foodstuff that have been subject to genetic modification. The rules of the international protocol require countries to post information on the development of new GM events, as well as indicate the transboundary movement (importation) of GM commodities, on a platform called the Clearing House Mechanism (CHM) for transparency.  Yes, countries such as Jamaica have access to this information!

Twenty years on there should be a measure of reassurance in the fact that consumption of GM Foods has not been linked to widespread maladies.  Neither have we witnessed the massive fall-out anticipated as a result of the large industrialized countries implanting foreign genes in our food to make big bucks.  As a matter of fact, what we have seen is significant uptake of the tools provided by modern biotechnology by developing countries.  Who would have predicted that today developing countries would be the largest producers of GM commodities?

Some 17 million farmers worldwide now grow GM crops.  And we have certainly diversified from soya, corn, canola and cotton.  Research and development activities in Africa, Asia and Latin America in rice, sugar cane, cow peas, chickpeas, banana, pineapple, apple are seeking to address nutrition, climate change and productivity challenges utilizing genetic engineering.  Furthermore, as if manipulating our food was not enough, scientists have gone on to producing GM flowers such as roses and carnations!

Then, there is the production of GM mosquitoes! Why? To address debilitating and sometimes deadly mosquito-transmitted diseases in our region such as Zika, Dengue and Chikungunya.  The point to note is that technology in and of itself is not bad.  It is all in the application.  As scientists, we must be trusted to utilize the tools available to address the myriad challenges that impact our environment, health and quality of life.

Recent related developments such as gene editing are making waves on the health scene.  Commonly referred to as CRISPR (clustered regularly interspaced short palindromic repeats), this genetic modification enables scientists to essentially “knock out” a “bad” gene , providing hope for people with inherited genetic disorders, such as Sickle Cell Disease.   This offers exciting prospects for many.

It is interesting to note that the furore that accompanied GM foods has not been noted with this application.  Could this be due to the growing acceptance of genetic modification (GM) or is it because the manipulation does not involve foreign genes?  I wonder.

Oh, it is worth observing that the term PCR rolls off the tongue of every John and Jane Doe these days when referring to the COVID-19 test.   Many do not know that the Polymerase Chain Reaction (PCR) was one of the stellar developments in modern biotechnology that enabled the amplification and multiplication of DNA.  At present, use of PCR is key to many diagnostic tests as well as an integral step in genetic modification.

Hmm…  maybe this thing called biotechnology may not be so bad after all!