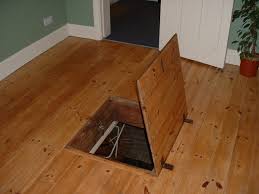 When Jimmy Cliff wrote and recorded the song Trapped in 1972, it was about a relationship with a woman, and the influence or spell she had on him that, despite his expostulation, he found it difficult to walk away.

Today, I sense we are also trapped in a socially dysfunctional relationship where at the end of yet another year we lament the decline in moral standards, the high levels of criminal activities, crude behaviour and lack of respect for ourselves and for others.

As we enter the second decade of the 21st century, we appear to be in bewilderment about what to do about the murderous crime rate: we want more police patrols, bi-partisan support, more resources to be fuelled into national security, harsher penalties, and more often than not, turn a blind eye to vigilante justice from the police and the community.

Then, as if that is not enough, road fatalities haunt us at every turn, and again we lament the indiscipline on the road, and seek solutions through harsher punishments, a zero tolerance approach to breaches of the road traffic act, more traffic cops, more traffic regulations, and the list goes on. There are no new solutions, only more of the same.

We turn next to corruption and the culture of anancyism, the indiscipline and lack of civility. The less egregious offences — only because they do not directly violate the sanctity of life — we either ignore or pass on as part of story-telling for the joke of it. The woman, for example, who was charging me $6,000 in a cash transaction for a product valued at $5,700, only because she assumed I would not have had the change. Or the cashier at one of our uptown shoe stores who gave me $200 change instead of $205, only to say, after I demanded the additional $5.00 change, that the bearer is not yet from the bank, she’s sorry about that in a manner to suggest that I must just accept the apology and move on.

Then we hear about the senseless and meaningless killings and the cerebral cortex part of our brain kicks in. There has to be a logical story behind it: robbery, betrayal, envy, jealousy or some other human characteristic traits. The cosmetologist from Duhaney Park who was brutally murdered some years ago seemed to have been killed only because she was ambitious and had good moral standings.

The taxi man who broke the law but fought off the police, insisting that the policeman will have to kill him on the spot because he will not be going to jail, was eventually released and drove off a free man. This is the example others will surely follow to defy the rule of law.

In the midst of the chaos and confusion, however, Toni-Ann Singh sings and wins the Miss World pageant and reminded us that as a people we are gifted, talented and special. There is much in our history to tell us that, but in many respects we remain trapped in our own history.

The fact is that although we loathe those horrible experiences of slavery and colonialism there is a sense in which the repeated traumas over six or seven generations have left us with psychological and emotional scars which we have done little to eradicate.

Professor Rex Nettleford would always remind us that slavery held in captivity both the victims and the perpetrators. Both the slaves and slave masters were trapped in the vortex of slavery. But emancipation has freed the slave owners much more than it has freed the black masses, who still remained largely trapped by the laws, religion and education bequeathed to us by our oppressors.

Nearly a generation ago the Reverend Dr. Burchell Taylor, at the Fourth GraceKennedy Foundation Lecture, noted that the Jamaican society “now stands at a most critical point in its self-understanding and in the working out of its own future shape, form and structure at the most fundamental level.”

In 1993, former Prime Minister P J Patterson launched a programme on values and attitudes to reclaim a sense of pride and self-esteem in Jamaicans. In reflecting on the issue in his book, My Political Journey, Mr. Patterson noted back then that “the dangers to the national fabric were manifested by the increase in crime and violence, and the links between trafficking in guns, drugs and corruption. Our social environment was experiencing severe threats from the deterioration in moral standards, the materialism that seeks instant gratification and the breakdown of family structures.” He argued for a need “to recalibrate, as the soundest policies for national development were bound to fail if the society continues to dehumanize itself.”

Then, 20 years after, in 2013, Dr. Anna Kasafi Perkins, a Roman Catholic lay theologian and senior administrator at The University of the West Indies, Mona, in delivering her GraceKennedy lecture, made the following observation in introducing her presentation: “I would like to begin this lecture by looking at some images… They are a small selection of drawings done by Jamaican children between the ages of six and ten years old. The children were simply asked to draw a picture of how they see Jamaica today. Every single child depicted acts of unspeakable violence — robbery, murder, rape, cruel treatment of animals, family discord, cursing, acts of unkindness, children being brutalised. There is no more sobering experience than seeing ourselves and our society reflected back at us through the eyes of our children.”

Today’s violence is now being perpetrated and perpetuated by predominately young men born at the time of the statements made by Burchell Taylor and P J Patterson.  Those children who Dr. Perkins referred to in her lecture are now between the ages of 12 and 16 years old.

Our attitudes, assumptions and behaviour, according to several studies, have been shaped by our history. Left unchecked, Dr. Perkins’ experiment will only magnify itself and certain aspects of a destructive and maladaptive behaviour will be morphed in a new cultural genre that we will be called upon to adopt.

Where do we begin?

Dr. Carter Woodson, the son of former slaves who went on to obtain a PhD from Harvard University once said that “when you control a man’s thinking you do not have to worry about his actions… you do not need to send him to the back door… if there is no back door he will cut one for his special benefit.”

Why as a people are we so angry? Why do we display such a visceral response to what we perceive as disrespect? Why do we, as P J Patterson points out, continue to dehumanize ourselves? How can we best achieve what Burchell Taylor describes as ‘self-understanding?’ How can we ensure that Anna Perkins’ graphic portrayal of our young ones is flipped on its head?

The answer lies in adopting the strategy of the colonialist and controlling the thinking of the next generation. Dr. Perkins is telling us that the lens through which our children view our society are sordid and wrong. It is surely not the only image of the Jamaican society, and in fact, does not depict the authentic nature of our people. We hope our leaders will, in the new year, show that they are no longer fettered by the shackles of mental slavery — which manifest itself in divided tribalism and political inertia — and lead us into the promised land. We cannot allow another generation to pass without taking the decisive steps to address what we know as true, honourable, right and pure through correct values and right attitudes.

For as Philippians 4:8 reminds us –

Our 2020 vision must begin by recognising that we are indeed trapped, and thereafter summon the courage to take the bold action which will allow us to walk away from this self-degrading relationship.

The very best for the New Year!