This madness from the BOJ 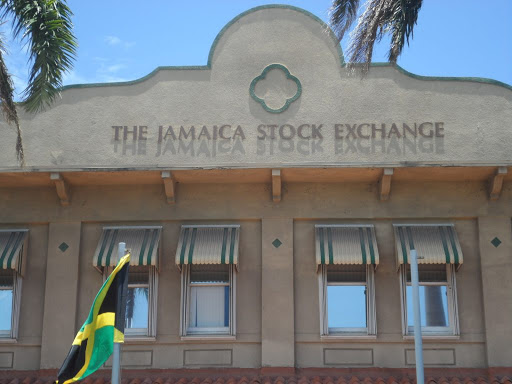 Last week Friday, April 24, 2020 was a very disappointing afternoon for me. It was the announcement by the Bank of Jamaica (BOJ) that it had requested certain financial institutions not to make dividend payments (even those declared late 2019) to their shareholders. I was consumed by anger and disbelief that such an action had been “dashed without warning”, while at the same time speaking about “moral suasion” and decided by the supposed agreement of a few persons who now have agreed to control the rest of us without authority.

First, I am not assured that the BOJ is empowered to take these actions in an autocratic manner that may be proven to be outside of its constitutional jurisdiction. At the time of writing, I have heard no outcry from the legal fraternity as to whether the BOJ’s position has any legal merit. The legal fraternity needs to weigh in as strongly as it did with the death penalty.

Second, the failure to widely consult Boards of Directors fails to follow the Corporate Governance Guidelines that balance the power of arbitrary executive actions on matters that materially affect the future or reputational risk of the entity. This could have been put in effect through the proper mechanisms that could have been engendered by closed door consultations and secrecy until the embargo was properly agreed and lifted.

Third, I was confused by the policy itself as I could not fit it in the ideology of communism; socialism; capitalism; fascism; or dictatorship. I asked myself and later concluded that it was possibly a test policy of “red herringism” with the hope that the scent may confuse our senses. “There is something rotten in the state” — William Shakespeare.

Fourth, it was a blatant disrespect to the medium and small investors who had been encouraged by succeeding Governments of Jamaica. Prime ministers: Michael Manley (ESOP); restructuring and encouraging the capabilities of the Stock Exchange; P.J. Patterson; Portia Simpson Miler; Bruce Golding; and Andrew Holness. The locals suffer while even the large foreign investors must look on in amazement and with lowered confidence.

Fifthly, the increase of allowable equity percentages of pension funds must have the fund managers scampering to keep growing the pensioners’ money. Also how will the actuaries revalue the funds under IFRS rules in this financial year? Will they have to restate valuations given for Y/E 2019? This also affects maintenance of health schemes and other associated forms of re-insurance and assurance.

Sixth, what about all the retirees who heeded the advice of six PMs and put their money in investments on the JSE and now need to buy those extras during the current COVID-19 crisis? Must they starve while protecting big businesses? The Government has been slow in making direct payments to pensioners’ bank accounts and the elderly and the infirm must go to post offices and ignore COVID-19 precautions in order to collect a pittance.

There has been no mention of the full removal of fees and taxation on interest earned; or any future statement of again removing the double-taxation on dividends (which went from 0% to 10% to the current 15%). Again, the attitude is screw the small investors who think equity is a better risk than a low interest savings account that remains dormant but attracts fees.

This action, if allowed to stand, has the potential to scare investors (big and small); kill the progress made by the JSE; put all businesses big, small, and micro, back to borrowing as their only option; and individuals who are consistently financially disadvantaged. Jamaica is besieged by a paucity of logic and compassion.

This madness that has been announced by the BOJ could only fit two areas. It could be that the instructions came from a threatening place and they are scared and have nowhere to run to migrate at this time. Or, it could be that the BOJ only has a remit to protect the value of the dollar and inflation at all costs, and will have the excuse that it has no remit for social consequences.

Both are CYA’s and as they say in cycling “the devil take the hindmost”. I look for them as they flash past us to take the jobs with the IMF; World Bank; and the U.N. Nobody will join the WHO at this time as that corona is still a “hot potato”.