The World Of The Occult: Belief Kills And Belief Cures 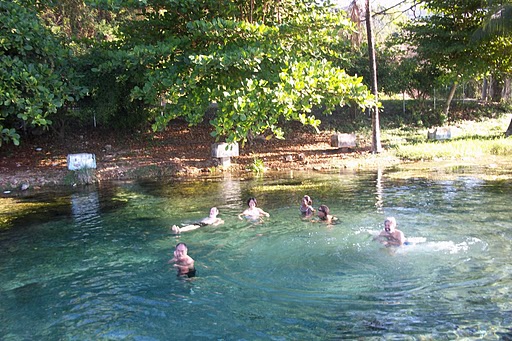 Despite the strides we have made in education and enlightenment over the decades, the belief in the powers of obeah men/women to protect one from evil doers or the long arm of the law, make one rich and even help obtain illusive visas, remains unshakable.

And it crosses class and political lines.

Many criminals, ordinary people and even parsons apparently, have always depended on these practitioners to help keep them safe. But don’t think they are any less dedicated to God and the Bible simply because they are criminals.  One even tried to convince me once that he structured his life after David in the Bible, so he slays his enemies!

How can I ever forget the notorious, much-feared Natty Morgan too? He roamed the streets of Kingston for months on end, terrifying all and sundry some years ago.  When he was killed, one newspaper highlighted how his Bible was found safely tucked in his back pocket.

But back to obeah, guard rings and protection.

The guard ring recently came up in the trial of 33 alleged members of the feared Clansman Gang, now taking place in the Supreme Court in Kingston.

Among those alleged gangsters on trial is a woman who is described as a pastor of a church!

For the benefit of the uninformed, this dreaded gang has been known to be the overlords of the extortion racket in the St. Catherine area for decades. Their success has been maintained through fear, as they have never been hesitant to murder or burn out anyone who resists their efforts to collect from them. Further, they have been politically aligned to the People’s National Party, (PNP) which had been in power in Jamaica for decades.

While for years I thought Clansman concentrated their illicit activities at the bus park, market district and business places in Spanish Town, I was disabused when I had a run-in with a few of them in Caymanas Bay one Sunday.

Caymanas Bay has a nice river running through it, where my friends and I from our cycling club liked to ride to on a Sunday, swim, eat and have a wonderful time.

A lot of churches also go there to conduct baptism.

This property is owned by the Government of Jamaica.

As we arrived there that day, we saw that a gate had been put up and there was a man there collecting “entrance fees”. I insisted that I was not paying as it was government property and pushed   past him.  (I heard later that our organizer gave him some money.)

I learnt afterwards too that the ‘gateman’ was a Clansman!

The next day, I called the Urban Development Corporation (UDC), the government agency which controls that property, and reported the matter, but clearly nothing was done as shortly after I read in one newspaper that several members of the gang had killed each other as they fought for control of that lucrative gate.

(I seriously wondered at the time what would happen if my friends and I tried to capture a government property, say the UDC-operated Dunn’s River Falls, and operated it as our own! But as dem say, ‘Puss an dawg nuh hav di same luck.’)

I have never returned to Caymanas Bay, but who knows, maybe the churches still patronize that lovely spot.

Anyway, through their political connections, the Clansmen remained untouchable for decades.

The Jamaica Labour Party, which now forms the Government, has its politically-aligned extortion gang in St. Catherine too. That is the One Order Gang. Only time will tell if they will remain untouchable, now that their party is in power!

Using the recently minted Anti-gang legislation, the police have finally gotten around to charging some of the alleged members and their so-called leader. Former members of the gang have been the star witnesses who have been testifying so far. I will therefore not comment on the ongoing trial, only to say it was the evidence being given by the first star witness which reminded me of the dependence on obeah.

For in his evidence, the witness claimed to have been offered a guard (gyard) ring by the female parson who is also on trial.

I have not seen a gyard ring recently, but the testimony reminded me vividly of when I was introduced to it and the ‘powers’ it contains.

This was many decades ago when I had a close friend who made gold jewellery. He showed me a thick gold ring with a flat top one day and asked me if I knew what it was. Naturally, I replied that it was a ring.

That’s when he explained that it was not just any ring. He turned it over and pointed to a small hole in the back. This is the hole in which the obeah man/woman stuffs powerful, mysterious powder (could be salt or flour for all I know), which will provide the wearer with protection, he explained. Then the purchaser returns with the ring to have the hole sealed.

I must admit that at the time I was totally ignorant about obeah, for I hadn’t left school too long before and in the neck of the woods in the country that I grew up in, I never heard much about the practice or even saw a red flag hoisted at anyone’s gate!

When I was educated about the ring and learnt of its utility, I took enough interest in obeah to actually borrow from my informant, the banned book called The Master Key written by one De Lawrence.

This, I was told, was the bible of obeah men/women.

While it explained in detail how to cast a few obeah spells, when to beat graves, what powders to use to paralyze, poison people etc, I personally found it quite boring.

As they say, belief kills and belief cures, so if you do not believe in these workings and the various powders they use to carry on their trade, obeah is a waste of time and money.

Regardless, it remains ever so popular, not only in Jamaica but worldwide, especially in places where voodoo and santeria and other beliefs in the occult are popular.

I have been curious though, how so many supposedly sensible people can believe in the power of obeah to help them get rich, for many of the obeah men/women I have met or learnt about appear to be only moderately wealthy at best.

The great exception would be the late “Dr.” Kevin Smith who, from all the reports coming out since his human sacrifice, dabbled in the trade. But he seemed to be involved in lots of other rackets, including convincing the gullible in his congregation to change their wills and make him the beneficiary of their insurance, pensions etc. so I would not classify him as a true obeah man.

Maybe the answer lies in the conversation I had with a Haitian taxi driver some years ago. As I boarded his taxi at the airport to go to Port-au-Prince, he asked if I wanted to make a stop at a voodoo ceremony. When I asked him why I would want to go there, he replied that “he can make you rich”. When I asked him why he was not rich, he replied confidently that “my time has not yet come.”

So dear readers, it’s all a matter of timing.

I guess he did not recognize from my accent that I was Jamaican, for I had often heard that Haitians respected us greatly in that particular art, as they say we eat susumba (gully beans) which their voodoo priests use as a powerful potent in their trade, and not for human consumption unless you plan to kill someone.

Oh yes, the world of the occult is really fascinating and I guess, rewarding, to them that truly believe.

Joan Williams is a former radio talk-show host. She can be followed at; https://www.youtube.com/channel/UCj0wewemvZosv5SQNO3vnlw and Joan, my views (joan-myviews.blogspot.com) or contacted at; [email protected]