The U.S. Culture Wars And The Christian Great Commission 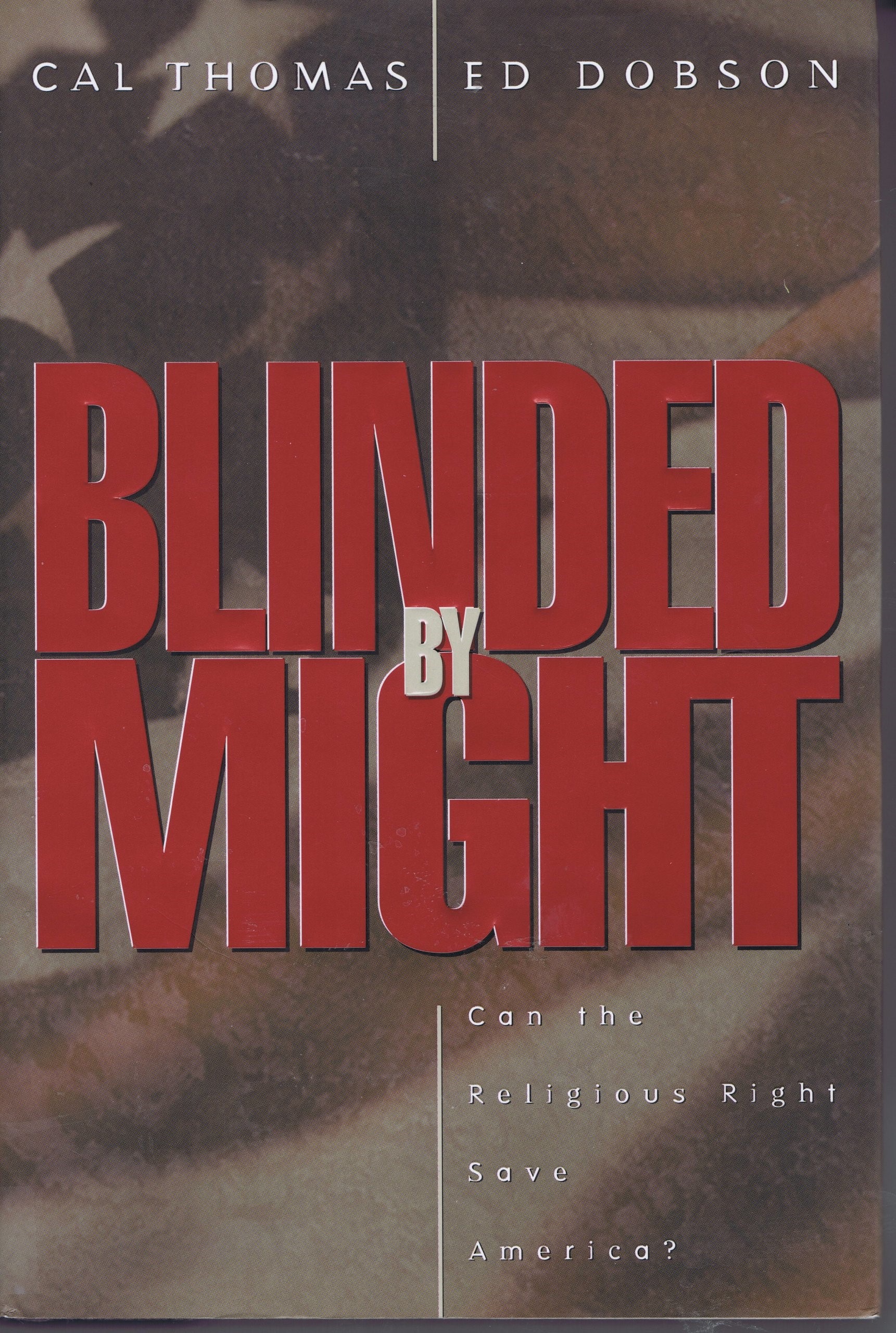 “Go ye therefore, and teach all nations, baptizing them in the name of the Father, and of the Son, and of the Holy Ghost:

Teaching them to observe all things whatsoever I have commanded you: and, lo, I am with you alway, even unto the end of the world. Amen.” — Jesus

My mother-in-law was in town from New York to close on the purchase of a condominium located within a few miles of where my wife and I reside in Florida. I was assigned a simple task: pick her up from the airport and facilitate a rendezvous with the realtor. A simple task if you have the address of your destination — right?

Still, I caution you that if you have not first determined your present location, you’ll find yourself wasting time, energy — not to mention petrol, as was precisely my experience. It was nothing short of an ordeal, driving back and forth on a highway that was still largely unfamiliar to me, while talking back and forth on a cellphone with the realtor, the frustration of my passengers growing by the minute.

As I considered the complete mess I appeared to have made of the plans between my mother-in-law and the realtor, I was reminded of the so-called “culture wars” in this country, inspired by Evangelicals and executed by their foot soldiers on the political right, their efforts being arguably noble and well-intentioned. Apparently, when the actions of Evangelicals are juxtaposed with the tenets of Holy Writ, they are, ostensibly, derailed by some counter-agenda or rogue comet in the night-sky, altering the course mandated by Jesus after His resurrection. They seem to have lost their place in respect to what Christian theologians have come to refer to as “The Great Commission.”

Further, they also appear to be suffering from the debilitating side effects brought on by a noxious potpourri of a twisted Christian theology and a half-baked Democratic ideology, rendering them solely representative of the highest standards of morality. Not even the dictionary can bail them out of their conflated and confused definitions. Everybody else, it appears, falls into the categories of non-citizens or of second-class citizens. One dictionary defines Christianity, thusly:

“The religion based on the person and teachings of Jesus of Nazareth, or its beliefs and practices.”

The same dictionary defines Democracy in the following manner:

“A system of government by the whole population or all the eligible members of a state, typically through elected representatives.”

Evangelicals believe that they have a mandate to be “the salt of the earth”, which involves the creation of just laws and customs. They not only have a right to advocate legislation which fosters a fair, moral and humane society, but they often do so by means which are the converse of such principles. For example, they engage in revisionist history — the very thing of which the proponents of The 1619 Project and those of Critical Race Theory stand accused by them along with their cohorts on the political right.

Groups like The Heritage Foundation, established in 1973, have made “saints” out of the nation’s founding fathers so as to bolster their claims that it was founded upon nothing else but Christian principles. They have done this and continue to do so despite the fact, for example, that ole Benjamin Franklin gave no credence to the divinity of Christ, which is central to Christian doctrine. Bear in mind that Franklin was a man who lived an unabashedly adulterous life. A good biography would reveal all that, but then there are Franklin’s own words to consider in his autobiography.

Thomas Jefferson published his own version of the Bible, having excised all accounts of Jesus’ miracles. The Bible warns against adding or subtracting from its tenets with a promise of divine judgment. So, what does that mean with respect to Jefferson? Furthermore, there is also the proverbial fly in the ointment in the form of his illicit affair with his slave, Sally Hemings, and all the children begotten thereof. The evidence of this can be found on the shelves of large bookstore retail outlets in the USA and in The Library of Congress. Note: because we want a thing to be so does not, necessarily, make it so.

‘Deism’, considered heresy in Christendom, has been defined as abelief in the existence of a supreme being, specifically of a creator who does not intervene in the universe. The term is used chiefly in reference to an intellectual movement of the 17th and 18th centuries which accepted the existence of a creator on the basis of reason, but rejected belief in a supernatural deity who interacts with humankind. In addition to ole Benjamin Franklin and Thomas Jefferson, the most notable deists among the American founding fathers were George Washington, John Adams, James Madison, Thomas Paine and Ethan Allen. In light of these historical facts, one has to wonder what sort of treatment these men would receive from the Evangelical community in 21st century America.

Respected American historian Jon Meacham, in his book, American Gospel — God, The Founding Fathers, And The Making Of A Nation, quoted words from a treaty made by the US Government with the Muslim nation of Tripoli which was initiated by George Washington, completed by John Adams, and then ratified by the US Senate in 1797, which declared that “the Government of the United States is not in any sense founded on the Christian Religion….”

Again, because we want a thing to be so does not, necessarily, make it so.

Christians, in truth, ought to lead lives that are consistent with being “salt of the earth”, but they should be careful in their zeal not to create, unwisely, the unhealthy hardening of the spiritual arteries of the very people that Jesus had sent them out to evangelize in love. There is just no way to get around the words of Jesus Christ when He said: “Behold, I send you forth as sheep in the midst of wolves: be ye therefore wise as serpents, and harmless as doves.”

Who can gainsay the apostle Paul’s exhortation in respect to their approach to non-Christians when he wrote: “The servant of the Lord must not strive; but be gentle unto all men, apt to teach, patient, in meekness instructing those that oppose themselves; if God peradventure will give them repentance to the acknowledging of the truth?”

Christians must learn to be “all things to all people”, as Paul also taught, without compromising their core beliefs. To treat prospective converts as rabid enemies is an effort in futility. Their approach to evangelism today, if one can call it that, defies the spirit of evangelism exemplified by Jesus in His meetings with the publicans and sinners of His day, much to the displeasure of the self-righteous Pharisees. The church needs remedial lessons in how to, shall we say, ‘win friends and influence people’.

Though nothing in Scripture forbids Evangelicals from advocating just laws and moral causes in the public square, and from participating in politics — their true mission is to live lives of holiness before all men and to preach the Gospel of Jesus Christ in season as well as out of season.

Not unlike the apostle Paul who had to deal with the complications of being a Jew, being a citizen of Rome, and holding heavenly citizenship by way of Christianity, Christians in America must, with wisdom, seek to perform the same balancing act. Christians in modernity, forging a path to a just and moral society, are encouraged to locate themselves first at the right starting point on the spiritual map. They need, also, to remember that Democracy makes it possible for people to live in a pluralistic society. The idea is to keep them away from each other’s throats, to create a basis for mutual respect, and to highlight similarities in so far as working together towards common goals is concerned.

None can serve as better compasses in this regard than Christ and His disciples. In fact, it was the apostle Paul who penned the following words which have relevance for believers in every generation: “Be ye followers of me, even as I also am of Christ.” Against that backdrop, how do those engaged in the modern culture wars compare with one who, by the Spirit of God, wrote the bulk of the epistles which they claim to live by, and which they, through the enactment of laws, would want everybody — Christians, non-Christians, Democrats, Republicans and Independents alike — to live by? In fact, Paul and the other apostles were more concerned about changing the hearts of men by the power of God’s Spirit than they were about controlling their behaviour through the force of laws.

The adherents of the religious right often behave like the zealots in Jesus’ day who sought to take Him by force and to make Him king, so as to satisfy their own political and religious agendas. They wanted to overthrow the pagan rule of the Romans, and by squashing out of existence their culture and that of the likes of Herod Antipas in Israel. They did not understand God’s mission through Christ then, so one wonders if American Evangelicals understand that mission now.

The Evangelicals’ energetic, often combative and highly politicized approach to issues has been taking a toll on church attendance. This is evinced in articles such as ‘How Some Churches’ Ties to Trump-based Politics are Fueling an Exodus of Young Evangelicals’, written by Patrick Smith and published on Yahoo on April 19, 2022. The article revealed that, “A 2020 study of religion in the US found 14 per cent of people identified as white evangelical, a sharp drop from 23 per cent in 2006. As few as 8 per cent of white millennials identify as evangelical, according to a 2018 study, compared to 26 per cent of white people older than 65.”

The article also went on to state that, “As the theologian Russell Moore, a key figure in modern evangelicalism, wrote in October: ‘Many of us have observed, anecdotally, a haemorrhaging of younger evangelicals from churches and institutions in recent years.’ The problem, he said, is ‘many have come to believe that the religion itself is a vehicle for the politics and cultural grievances, not the other way around.’ While not every white evangelical Christian supports Trump or a conservative agenda, the movement has long been associated with Republicanism and conservative values — not least through the shared emphasis on family and opposition to abortion rights. About three-quarters of white evangelicals supported Trump in the 2020 election.”

The book, Blinded By Might — Can the Religious Right Save America, written by Cal Thomas and Ed Dobson (two former allies of the late Dr. Jerry Falwell and his “Moral Majority” in the nascent days of the culture wars), makes for enlightening reading. Those men were still resolute about certain issues of concern to Evangelicals and were unwavering in their religious faith. After much soul-searching, however, they backpedalled on the church’s approach in addressing the cultural challenges of our time. They were highly critical of Evangelicals in their attempts to achieve the expansion of God’s kingdom on the earth — especially here in America, through man-made, imperfect, partisan-political means.

In the church’s struggle to establish what is just, what is pure, what is loving, and what is true in America, it must not take spiritual, moral or ethical shortcuts, nor must it embark on theological detours which run askew or afoul of the mandate of the kingdom of heaven through Christ. They must not be as the Pilgrims who, having fled religious persecution in England, ended up persecuting others in the “New World” who did not share their religious views. From the look of things, Evangelicals, in tandem with their political allies, are well on a fast track to repeating the same tragic mistakes with possible deadly consequences.