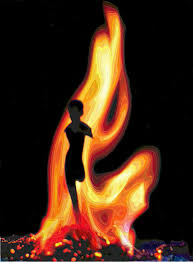 Life in Jamaica is never dull, so when you write it is like composing an obituary long after the deceased has been interred. So the most a writer can do is to speak from a position of recent history that will be quickly forgotten. I intend to touch only a few of the topics that happened as some of these may portend the things to come (like the Muses of Greek mythology).

I will start with the one that had most affected the young people as they represent the future and communication is a serious part of their limited direct contact via speech. The 6-7 hour outage by the three related social media platforms sent many into depression.

Will we have to actually speak to live people, or sit with our parents and watch the news on (ugh) television? What a dangerous thought that was, and if it had lasted a week, many would have suffered withdrawal symptoms leading to severe depression. Yet for the middle aged group it may have been a great time to bring on “the vitamin S”. Different stokes for different folks, I guess.

Beyond that, in the business environment many large and small businesses would have lost contact with customers, suppliers, airline freight services, and would suddenly find out that they didn’t know each category personally. One receptionist told me she had never seen or used a telephone book. Heaven help her if Google went down. How swiftly we have become like many Americans who have never left their home state (in our case parish) and could not identify Afghanistan on the globe that sat on our primary/prep school teachers’ desks.

Mrs. Juliet Holness, M.P. has finally shown that she is a lady with strong opinions, a forceful voice, and fearlessness to represent sense, and discountenance avoidable stupidity. Her analysis of the many planning/logistical errors relating to the Ministry of Health and Wellness are well founded, and if she is at all welcoming of the sound of a well-intentioned partner, then even the great Brogad needs to pay attention.

Congratulations, Mrs. Holness for calling a spade a spade, and please continue to bring non-partisan views to mistakenly partisan matters. Her training in accounting and auditing have prepared her to focus and comment on the errors in systems (accounting and operational compliance) that form the basis of notes to the audited accounts, and even compliance with Government regulations.

Eighteen months is a long enough time to take firm decisions and plans for the distribution of vaccines rather than allowing nearly 60,000 doses/vials to expire.

The Government has had over 18 months to provide the necessary justice infra-structure to have trials via Zoom or other remote means. Instead they have been unresponsive in implementing the full requirements that should have easily allowed murderers and gang members to be tried speedily. Right now one case is before the courts and has been postponed due to COVID-19 and I have no doubt that this will continue into the future. That is a great strategy.

The connection of wireless towers with a strong signal could have been accommodated by requesting a dedicated and secure tower from FLOW and/or Digicel for the designated accommodation of the courts. Both are sufficiently seemingly dedicated corporate citizens and would surely do their part to alleviate the needs of the Justice system. Or perhaps there are “political friends” to whom the contracts should be given at vastly inflated costs, as we are awaiting the political heat and funding of Local Government Elections. I hope I am wrong.

This country is edging closer to a violent turmoil. Criminal gangs now control several areas through lawlessness, intimidation, murder and threats. This is like the annexation of large areas by Germany and Japan in World War 2. Every upscale community is surrounded by areas that are controlled by non-elected gangs. The gas factory is already under control and merely needs a spark to ignite it.

Remember the 1938 activities; the gas riots (2); and the civil unrest that lit Blue Ribbon Ltd. and caused the closure of the entire business as the insurance did not cover civil unrest. Today we import most of our candy, and most local production is dead. So we seek the protection of Green Cards, Canadian visas and British passports. Many tried that in the 1970s and lost everything (including self-respect).

Good luck to all as we quickly appreciate the critical point.