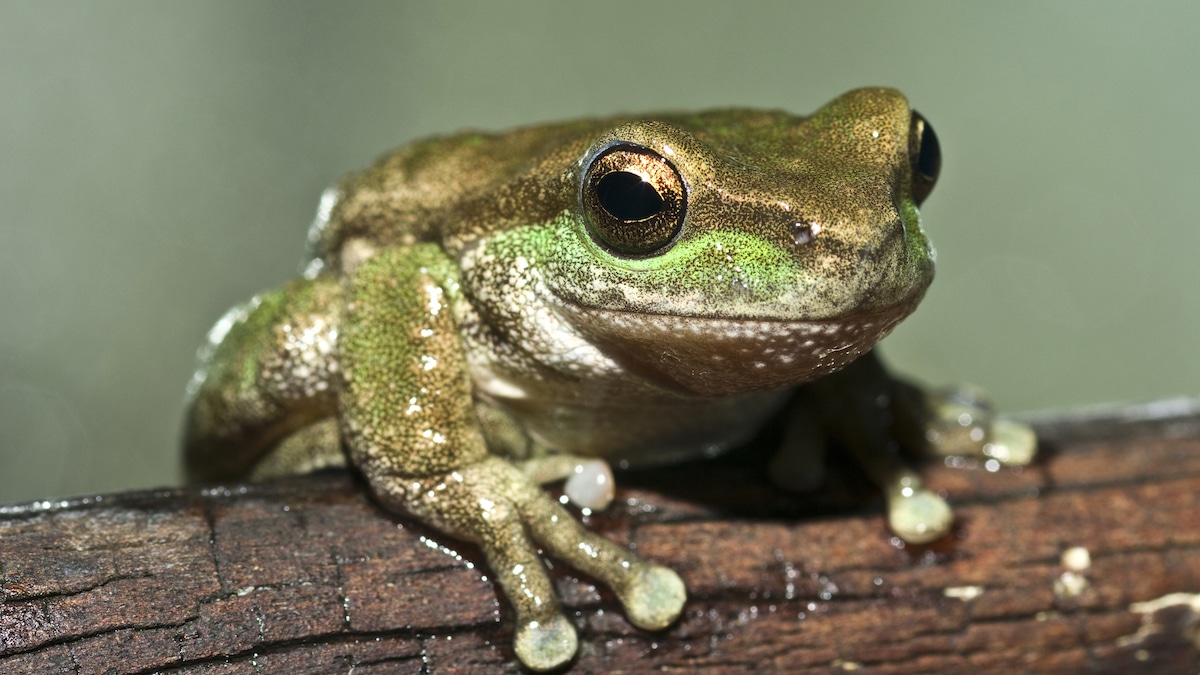 Fredrick the Frog (no relation to the now infamous Kermit the Frog), had applied for a job that was funded by the Federal Government. The interview, which took place almost three weeks ago, went pretty well. The department head and a deputy who interviewed Fredrick were very impressed with his resume and thought that he would have been a perfect fit for the organization. In fact, they liked him so much that they offered him the job on the spot.

However, the offer was contingent on the results of a background screening which they said Fredrick would have to do the very next day, to which he agreed. Fredrick was a frog from the swamp, and he had been trying desperately to escape the stigma of these lowly beginnings which he had endured since he was a tadpole. Life in the swamp was tough; if he was able to land the job, then that would have been his ticket out of the weeds.

Web-prints were done and sent to all the law enforcement agencies across Frogopolis. They checked his credit — which was good, and he submitted to the customary drug test. The checks were completed and the results returned in a few short days to the prospective employer’s Department of Reptile Resources. The drug results came back clean. Fredrick the Frog did not test positive for such things as Batrachotoxin, found in the skin glands of some frogs — a steroidal alkaloid — which can prove deadly to some. Nor did they reveal such toxins as digoxin, tryptamines, and tetrodotoxin. Those can cause a variety of symptoms such as irregular heart rhythm, dizziness, cardiac arrest, and paralysis in others.

His potential employers at the interview boasted a drug-free work environment. But Fredrick’s web-prints, when cross-checked with the various criminal databases, revealed something troubling, which cast a pall over his prospects for landing the job.

When he was a froglet, Fredrick was arrested for illegally catching flies in a more upscale part of the swamp, beyond the weeds, on the property of one Boss Frog, who was so incensed that he pressed charges against Fredrick — not only for poaching, but also for trespassing. As he was a minor, the court treated his crime as a first-time misdemeanour. He saw no jail time, was made to pay a fine, and did a year of community service. But, alas, what he had done remained indelibly etched on his record, and had now come back to haunt him.

The Department of Reptile Resources called Fredrick on his cellphone and broke the bad news.

Now, this was not the first time he had been rejected for this reason. There were other jobs he could have obtained, despite his criminal record, but the Federal Government just had a thing about having ex-cons on payrolls for jobs that they were bankrolling. Coincidentally, even his brother Felix lost a government job last year, which he had for years, when it came to light that he too had a stain on his record.

Fredrick rued the day, so many years ago, that he allowed his playmates to goad him into that mindless act. “Those darn flies!” he thought to himself. “My whole life ruined because of a few insects, which did not even taste all that good! Silly me!”

The issue with the flies not only created obstacles in respect to jobs, but even in respect to voting. Down at Toad Hall they would not allow him to register to vote in any election. In fact, there was the case of a female frog, an ex-con, who was sent to prison for years for trying to vote. Her parole officer said it was okay for her to vote, and all the evidence was there to prove that. Yet, they sent her up the creek to spend time anyway. Some ex-cons, because they are frogs of substance, because they are amphibians of class, with powerful connections, did not suffer the same fate as the less fortunate fly-lickers, in dark and murky neighbourhoods.

Distraught and downcast, Fredrick decided to leave his apartment and go for a walk. Just as he was leaving, there was breaking news, read by the network anchor, Al Croaker. A few frogs — who were leaping for office in various districts in Frogopolis, including Woodlands, over in Wetlands, down there in Ponds and way across the way in Grassy Areas — were all known to have criminal records. In fact, one arrogant toad, who was indicted for murder and awaiting trial, actually won a primary while he was locked up in jail.

Fredrick flicked his tongue and sighed dejectedly at the irony of the situation. One could run for public office with a criminal record, and get paid a salary from taxpayers’ money, and could even make laws, but a young adult frog like himself, not even having as long or as bad a rap sheet that some of them had, could not get a Government job or stood to lose one which was funded by the Government.

“What a crazy world”, Fredrick thought, “only here in, Frogopolis. Ribbit!”