The Ball Is In The Unions’ Court 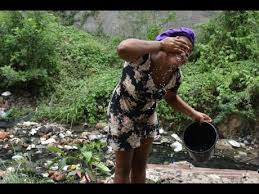 The past few weeks saw the island being rocked by industrial disputes. In one week we saw National Water Commission (NWC) workers go on strike, air traffic controllers strike, civil servants threaten to strike and National Housing Trust workers walked off the job. All of this took place while taxi and transport operators continued to protest, teachers actively discuss the impending teachers’ council and wage reform and public sector rationalization kick into gear.

I am unashamedly and proudly pro-union. The workers at all levels must be represented and unions offer the easiest way to get their grievances aired. I am pro-union because I believe firmly that it is the workers who hold the destiny of the nation and I believe that by organising workers they can take their rightful place at the head of the national table.

I am pro-union, but I am not an idiot who believes in ramming his head against a brick wall to get to the other side. I am pro-union and stand in solidarity with them (even as NWC says that my taps will be without water) but the unions must wake up to the fact that they are under threat, have lost ground, are losing key battles and that they must change if they are to not only keep their fleeting gains but win power for themselves and the members they represent.

It is not enough, for example, for the NWC to go out on strike demanding that they get the monies owed to them after 14 years of waiting. Nobody will take the time to hear about 14 years of no pay, what they will hear is the fact that they have no water and are inconvenienced.

The same can be said for the transport operators and air traffic controllers. No one is going to hear the justifiable rage that you have and the issues leading you to strike, what they will hear, and feel, is the impact of that action.

What do we do then, what action then should unions and workers take? Should they never strike again and simply go to the bosses and ask, like Oliver Twist bowl in hand, if they may have some more gruel and slop, please sir?

No, that is not the answer and has never been the answer to the very real and burning issues affecting the workers of Jamaica. What has been needed and what again remains needed is some actual unity. if not coordination, between the unions when it comes to taking action such as strikes and making decisions on issues such as wage increases and fare hikes.

The concept is bigger than mere collective bargaining — something the unions are very good at. Collective bargaining, while good, only deals with one specific group or sector, be they civil servants, teachers, or any other organised body. And while that may be good in the short term for that body, it burns the others and leaves everyone open to the age-old tactic of divide and conquer.

The media battle is lost because everyone is speaking disjointedly. People inevitably pick sides as stereotypes and tropes are raised, and strawman arguments become the norm as no coherent argument can be made because the information from other sectors is not shared.

An example; during the recent fare hike discussion, it was stated, in a strawman fashion, that the hike would impact teachers and nurses.   Losing taxi drives (an already hated sector) needed support. A little coordination with those sectors (some of whom have spouses, sons, etc running taxis) would have seen that argument immediately shot down, instead, it was allowed to fester.

The Jamaica Confederation of Trade Unions (JCTU), which does good work, cannot be expected to do what has been discussed above. It is, after all, a CBO (Collective Bargaining Organisation) group whose goal is to act as a confederation and not to synthesize policies and arguments between the various sectors.  It is to present a set agenda already agreed upon by individual sectors.

What is needed is an actual assembly of the workers and people, unions, would-be unions and citizens groups who can, in a safe space, hammer out their issues, air their agendas and then work together in their implementation so that they are not at cross purposes and they get the results that they desire.

There is a genuine fear among the unions when it comes to such an action, a fear of being dragged into the political arena. It is an understandable fear.  They have been burned before.  The two major unions are, after all, creatures of the major political parties and even they are at odds with them more often than not. Retribution is a thing and so to avoid trouble they say they wish to avoid seeming to be being dragged into the political arena. This is understandable but is akin to an ostrich shoving its head in the sand to avoid the conflict, it soothes you but achieves nothing of merit.

All actions at the end of the day are political.  The strikes and threats to strike were inherently political though they may deny it by saying we were not in cahoots with the People’s National Party (PNP) or others. True, but by taking industrial action you were expressing your opinion on the politicians running the show, you engaged in politics by condemning the Government’s treatment of you even if you didn’t call for the Opposition. You are saying they are incompetent even if it is just in that one specific sectoral area and that is a political action.

No one is asking unions to come together and run candidates for Parliament or local government.  No one is asking the unions to draw up plans to seize State power, and no one is asking for that kind of politics or even expecting that of them, horses for courses and all that. But what is expected and what is asked of them is that they, the individual unions, do right by their members and unite in an assembly. What is expected is that they align with and consult in an open forum with other unions and citizens’ movements so they can not only discuss their issues but unite and provide solidarity with and for each other.

Imagine for a moment if the NWC workers, through their unions, had coordinated with the air traffic controllers and the taxi drivers and citizens’ groups? They all have issues, and instead of being affected separately, individually being seen and picked off, they all could have said we will stagger our protests so NWC begins Monday, air traffic Tuesday and so on till, by week’s end the whole nation is taking action to such an extent that their needs must be listened to seriously.

Nowhere in this has there been any mention of forming political movements. When they reach that level of maturity, I’m sure that any assembly will birth a political arm, but at this moment the only real political action that is demanded of the unions and organisations is to unite and coordinate. The workers in Jamaica are seeing their rights quickly being swept away, and the citizens in their everyday lives are also seeing their rights slowly whittle away. Housing is not available, education costs an arm and a leg, roads are not repaired and so on. The whole nation is affected and only through unity in the struggle can successes be achieved.

Unions and citizen groups need to abandon their fear of “engaging in politics” and realise that what they are engaging in is political and act accordingly if they are not to lose it all. Actively lobbying for non-unionised workers and industries, engaging in strike collaboration and cooperation along the lines of relief, coordination of policies and demands so they are not picked off and silenced, engaging with citizens’ groups so that the otherwise ignored issues which affect the worker (who, lest we forget, lives in the same community with the citizens’ groups) will help to bring issues to the table and have them dealt with.

For those who want to see, it is clear that a massive attack on the workers and their rights is underway. Unions must shake away the fear of retribution — which, I acknowledge, is real — and understand that this is one of those moments when it is ‘damned if you do and damned if you don’t’, ‘swim together or drown individually’.

It means working with people and groups you don’t like. Such is life. Bigger issues are at play and things like fear must not stand in the way of taking action. Strikes are good at getting attention, and collaboration is even better if issues are to be resolved in your favour, the ball is in the court of the unions and I hope they use the possession well.